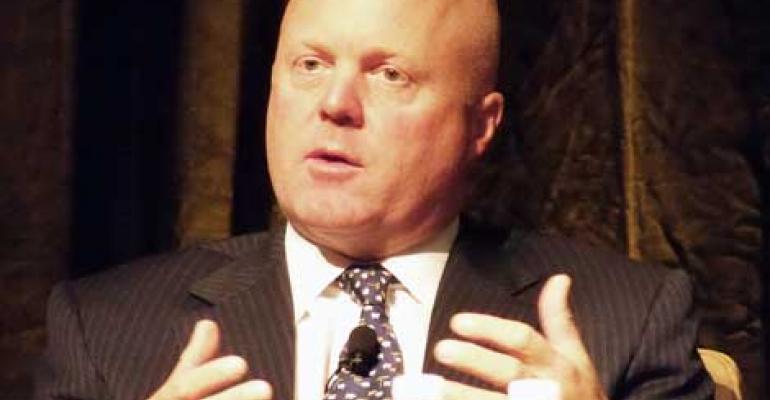 The data center mergers and acquisitions market has been on the slow side this year, but DH Capital Partner Peter Hopper sees the perfect storm occurring for an active 2014. 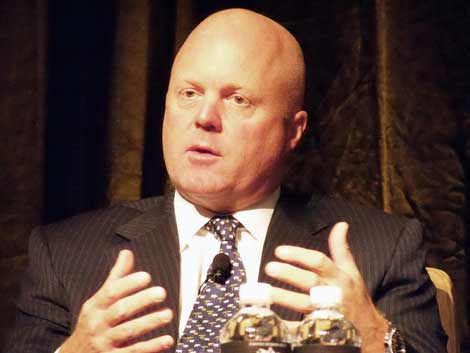 LAS VEGAS - Thus far 2013 has been a fairly quiet year for data center mergers and acquisition (M&A). But expect that to change next year, says Peter Hopper of DH Capital, a veteran dealmaker in the hosting and data center industries.

"Transactions in 2014 will exceed 2013 dramatically," said Hopper, the CEO and co-founder of DH Capital, who discussed his take on the market at last week's 451 Research Hosting & Cloud Transformation Summit. "The reason for this is that the buyer universe has has never been better. Multiples will remain stable, and the debt markets remain highly supportive."

DH Capital has been involved in 105 transactions representing more than $8.5 billion in value since it was founded in 2001. Of these transactions, 58 were acquisitions and 47 were private capital placements.

The most important metric, according to Hopper, is the EBITDA multiple, which is calculated as the value divided by EBITDA (Earnings Before Interest, Taxes, Depreciation and Amortization).  Everyone is always interested in the multiple a company receives when it is acquired, as this is often seen as a benchmark that could be applied to future deals.

"Multiples remain strong for both managed (hosting) and colo, but multiple spreads are wider," noted Hopper, meaning that the deal valuations have varied. Hopper says that he sees the scatter of multiples tightening up going forward.

While the average multiple in colocation deals is about 8 times EBITDA , Hopper notes that a number of deals featuring "legacy assets" have featured lower valuations. "The multiple on managed hosting  deals has slowly crept up as there’s more and more focus on managed assets,” Hopper notes.

Data center REITs(real estate investment trusts) are the healthiest in terms of EBITDA growth, in the high 40s and even 60 percent. They are also the most consistent. Colocation providers are in the 40 to 45 percent EBITDA range while managed hosting providers are in the 20-30 percent range. Managed service providers generate the most money per square foot, but also have higher expenses as they purchase the servers and equipment inside the data center. Hopper sees managed providers adding cost to their models. "In our view is this is a conscious decision,” said Hopper.

Hopper said he's seeing providers pursue one of two paths: scale or specialization, which he likens to focusing on raw materials (space) or finished goods (services). “It’s all about the use case,” said Hopper."There’s huge demand for solutions, not just raw materials."

For this reason, he sees the colocation market splitting into two directions: “Colocation providers are either going hard at more managed services or going the wholesale REIT direction.” On one side are companies like Telx and Equinix, who have unique business models built atop interconnections. On the other hand, providers like RagingWire that are going hard at opportunities in the wholesale market.

While the public markets react to revenue growth from quarter-to-quarter, Hopper says he is seeing some very healthy trends in REITS, colocation providers, and managed services providers that aren’t always highlighted to the public. His message to the community: “Stay on top of metrics.”

A similar trend is occurring with Rackspace. Quarterly revenue growth hasn’t impressed the public markets (although the company enjoyed a good bounce back in Q2). But the company continues to grow monthly revenue per cabinet and per square foot. Prices are holding up and even firming, a very positive trend that Hopper says is worth noting for the long term.

While the public markets react to revenue growth, the underlying metrics to companies like Rackspace and Equinix show healthy businesses getting even healthier.

“Customers are focused on the value proposition of the cloud,” said Hopper. “There’s a huge opportunity for hybrid and private cloud going forward.”