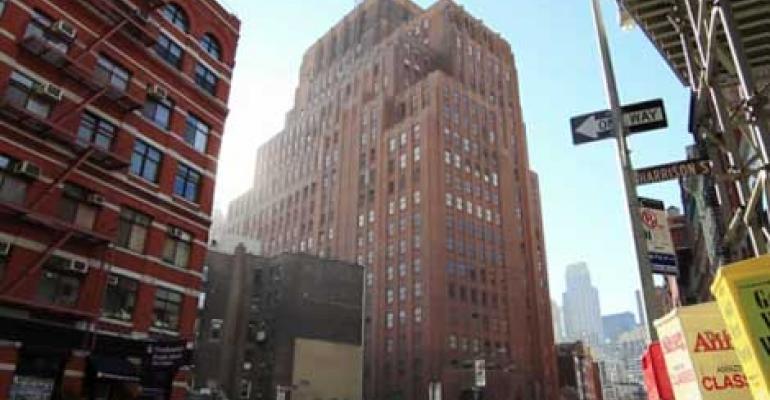 The exterior of 60 Hudson Street, one of the leading data center hubs in Manhattan.
Companies>Telx (acquired by Digital Realty) 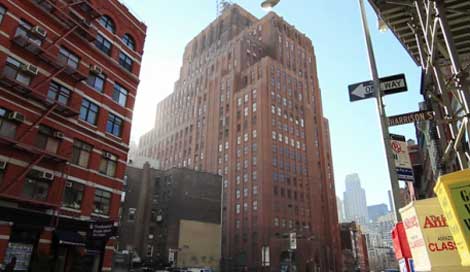 Telx continues to expand its data center space in Manhattan's iconic telecom towers. The colocation and interconnection provider is bringing a big chunk of new space online at 60 Hudson Street, one of New York's most wired buildings.

Telx is leasing 69,000 square feet of space from DataGryd, which has been renovating infrastructure at the historic building to create more data center space. Telx already operates 80,000 square feet on several floors of 60 Hudson Street, where the company got its start.

"There's been pent-up demand in 60 Hudson Street, and there hasn't really been a solution for the past two to three years," said Ben Gonyea, the Vice President of Product Management at Telx. "We can now meet that demand. We're adding space in a building that's among the most interconnected in the world."

The new space at 60 Hudson is the latest move in a major expansion for Telx in the greater New York market. In June it opened NJR3, a 215,000 square foot greenfield data center at the company's data center campus in Clifton, New Jersey. In July Telx opened new space at 32 Avenue of the Americas, another major carrier hotel in New York. Telx continues to operate colo space and the Meet-Me-Room at another major Manhattan data hub at 111 8th Avenue. The company now operates 620,000 square feet of data center space across the New York market.

"New York is our strongest market, and we're seeing diversified demand," said Gonyea, who said each expansion was driven by slightly different customer requirements. The nothern New Jersey campus is ideal for enterprises seeking larger footprints and higher power densities. 32 Avenue of the Americas also offers line-of-sight advantages for point-to-point microwave data transmission, which are of growing interest as a low-latency connectivity option for high frequency traders with gear at the major financial data centers in the New York area.

At 60 Hudson, much of the demand is driven by the building's access to undersea cables that serve as gateways to global data traffic.

"We're seeing large demand from content providers who want access to international clients," said Gonyea. "60 Hudson is unique in that you can get access to Canadian, European and Latin American networks who are in the building."

Telx isn't the only company expanding in New York. After many years without major new builds, Manhattan has new space being offered by Sabey Corp. (Intergate,Manhattan), 325 Hudson and Telehouse, among others. What's driving this new supply? It's a combination of existing demand and uncertainty about lease renewals for data center tenants at 111 8th Avenue, which was bought by Google in 2010. Google has said it bought the building for office space, rather than its exceptional connectivity and base of data center tenants.

In July, Internap said it would move out its existing space at 111 8th Avenue when its lease ends next year, and will migrate tenants to a new data center it is building in Secaucus.

"At 111 8th, a lot of our competitiors have not been able to renew their leases," said Gonyea, who said Telx is in a different position. "We're in a unique situation in that all our leases are 20 years out, and we also run the building Meet-Me-Room. We probably have the longest (data center) leases at the building."

The new Telx lease at 60 Hudson is also a major milestone for DataGryd, which last year leased a block of four floors within 60 Hudson Street with plans to develop wholesale and build-to-suit data center space. Although the company is new, its executive team knows the building well. DataGryd’s leadership includes veterans of Telx and FiberNet Telecom, which also operates an interconnection facility at 60 Hudson.