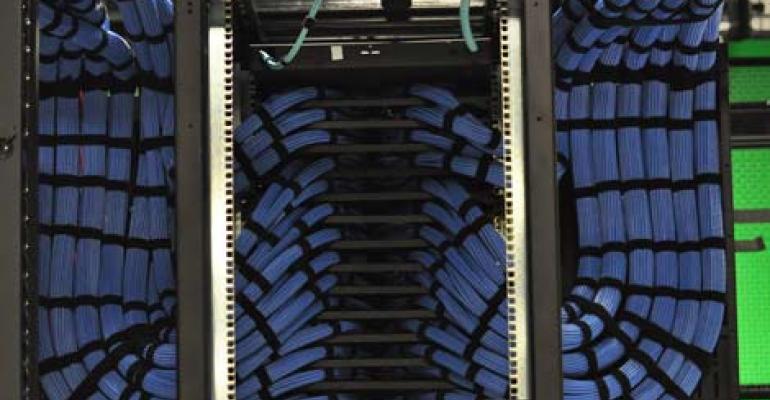 RagingWire has Secured a $230 million credit facility with really healthy terms to support its growth strategy and ongoing expansion plans.

The RagingWire data center in Ashburn, Virginia. The company has lined up $230 million to support facilities (Photo: RagingWire)

Money continues to flow into the data center industry to fund new facilities. RagingWire said today that it has lined up a $230 million credit facility to fund its strategic growth plan and ongoing expansions in Sacramento, California and Ashburn, Virginia.

“We now have a fully funded strategic growth plan,” said Mark Morrow, the Chief Financial Office of RagingWire. "The second aspect of this credit facility is that it’s a really solid bank syndicate, a strong endorsement.”

The lending syndicate was led by Bank of America Merrill Lynch and Comerica Bank, and included eight financial institutions in total.

"Our experience with RagingWire and knowledge of the data center industry drove us to arrange the bank group to fund RagingWire’s growth," said Alicia Madsen, senior vice president, senior client manager of Bank of America Merrill Lynch.  "RagingWire’s innovation, product excellence, and world-class customer experience puts them at the top of the data center industry and positions them for continued success."

The credit line gives RagingWire the financial backing to continue to expand its data center facilities to support existing customers and add new customers. It's also likes the terms on the borrowing. The term of the financing is five years, and the company has 18 months before the principal has to be put down. The interest rate varies from 200 to 350 basis points over LIBOR depending on leverage.

“We are pleased that our company is attracting significant investments from top financial institutions,” said Morrow.  “The credit facility is structured to give us the ability to execute our strategy to grow the company rapidly and responsibly at favorable rates and terms.

The company has decided to be transparent about the terms, which indicates they believe are attractive.

“We’re raising very inexpensive capital,” said Douglas Adams, RagingWire's Senior Vice President and Chief Revenue Officer, who said RagingWire likes operating as a private company. "One of our strengths is being able to move quickly. Right now the way the markets are, it’s more attractive to borrow money (than sell stock). We feel very fortunate to raise these kinds of proceeds. The data center industry is definitely strong and growing, but there are some differences between how money is being raised that is going to affect flexibility and profitability over time.”

Morrow says RagingWire's growth plans are driven by its existing customer base.

"We’re in an unprecedented area, with growth over 20 percent this year over last year,” said Morrow. “The space we’re building, it’s already booked. The sales have been so robust that we expect 20 to 30 percent growth next year. I’ve never seen us be able to sell so much capacity in advance before.”

RagingWire’s 500,000 square foot data center campus in Sacramento is almost entirely full and plans are underway for an additional facility in the area.

“In Sacramento, we sold 40 megawatts of IT load, and there’s 80 megawatts of generation,” said Adams.  “We sold this much in California alone."

In Ashburn, Virginia, the company acquired 78 acres of land in the heart of “Data Center Alley”, in the fiber ring. RagingWire has five data center vaults in Ashburn within a 150,000 square foot facility and plans to build a 1,500,000 square foot campus on its new property.

“Promoting Doug Adams and Jason Weckworth recognizes their significant contributions to RagingWire and the considerable growth opportunity that lies ahead for the company,” said George Macricostas, CEO and founder of RagingWire. “Doug was one of the founding executives of the company and has built an industry-leading sales and marketing team with exceptional go-to-market programs. Jason and his team have been building and running world- class data centers for RagingWire since the company was formed in 2000. I am pleased that Doug and Jason will take on these expanded executive roles and lead RagingWire’s next growth phase.”