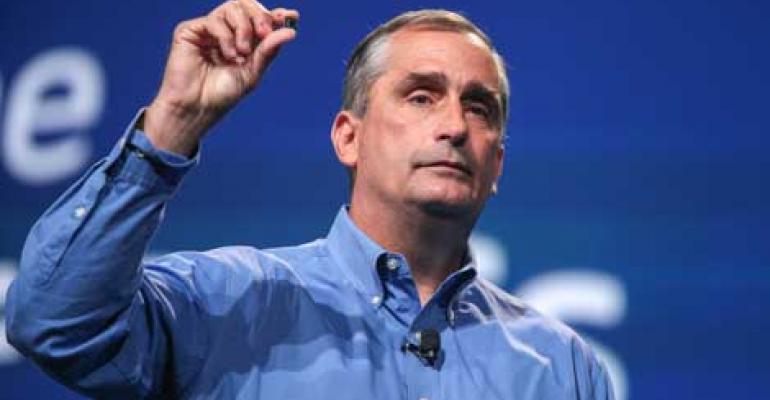 Intel CEO Brian Krzanich, who took over last May, used a keynote address to make announcements about new technologies at CES 2014.
Cloud

With Quark Processor, Intel Targets Internet of Things and Wearables

With the new Quark processor family, Intel (INTC) is pushing further into the lower power segments the computing market, including the Internet of Things and wearable computing. 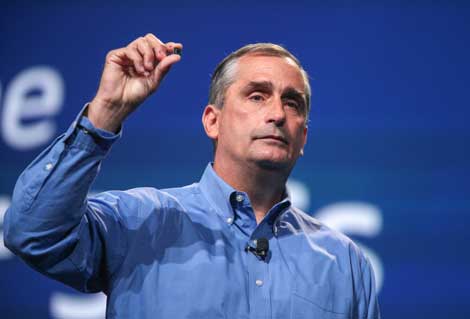 After a one-two punch with the recent launches of the Atom low-power processor and the new Xeon brawny processor, Intel CEO Brian Krzanich introduced the new Quark processor family for pushing further into the lower power segments the computing market, including the Internet of Things and wearable computing.

At his first keynote address, Krzanich told the Intel Developer Forum audience last week that the company plans to leave no segment untapped.

"Innovation and industry transformation are happening more rapidly than ever before, which play to Intel's strengths," said Krzanich."We have the manufacturing technology leadership and architectural tools in place to push further into lower power regimes. We plan to shape and lead in all areas of computing."

Intel announced the Quark processor family for applications where lower power and size take priority over higher performance. Intel will sample form-factor reference boards based on the first product in this family during the fourth quarter of this year to help partners accelerate development of solutions for the industrial, energy and transportation segments.

Intel President Renée James highlighted developments in semiconductor technology will further advance machine-to-machine data management in smart cities. Intel is partnering with the cities of Dublin and London to build a reference solution that could revolutionize urban management, providing citizens with better cities and improved municipal services with lower costs.

"It's one thing to install computing power in billions of smart objects," said James. "What we're doing is harder - making powerful computing solutions that turn data to wisdom and search for answers to the world's most complex problems like cancer care. What we've seen so far is just a glimpse of how Intel technology could be used to help heal, educate, empower and sustain the planet."

After taking heat over being late to the smartphone market, Intel continues its mobile computing strategy and will use its manufacturing prowess to drive it forward.  The chipmaker announced a next generation LTE product, the Intel XMM 7260 modem - now under development.

A smartphone platform was also demonstrated, featuring both the Intel XMM 7160 LTE solution and Intel's next-generation Intel Atom SoC for 2014 smartphones and tablets codenamed "Merrifield." Based on the Silvermont microarchitecture, "Merrifield" will deliver increased performance, power-efficiency and battery life over Intel's current-generation offering. Intel also confirmed that it  intends to bring its Intel Atom processor and other products based on the next-generation "Airmont" microarchitecture to market on Intel's leading-edge 14nm process technology beginning next year.