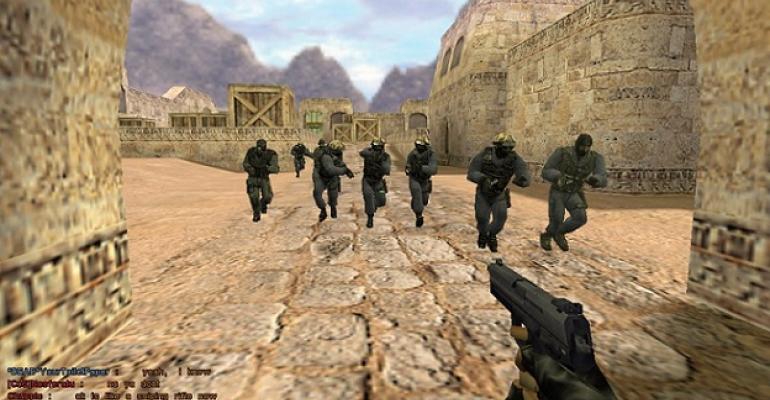 Growth in Internet capabilities that led to online gaming experiences being available anywhere and anytime and developments happening in the hosting industry addressing the challenges of providing a media rich and responsive online gaming environment.

The social aspect of networked games started with LAN parties, where friends would gather in-person with their computers or consoles to create a local area network to play games together. For years, this was the best way to get the network latency needed to play demanding games, before the growth in Internet capabilities that led to this experience being available anywhere and anytime on the web.

“You didn’t need that physical proximity,” Wu-chang Feng, a gamer and associate professor at Portland State University’s department of computer science says. Yet Feng and his students (some of whom work in the gaming industry) and many others are interested in making a more immersive end-user experience – the networks and servers fade into the background, and just the game exists.

And there are, indeed, exciting developments happening in the industry addressing this challenge from a hosting perspective.

Proximity to servers is paramount; it always has been

When given the choice of a game server, players are likely to choose a fast server that’s also very close to their location. In multi-player games, latency is the key to a smooth gameplay experience.

Claypool writes, “While there are other measures of performance that may aﬀect online gameplay, such as packet loss and available bandwidth, player performance is typically dominated by network latency (also called ‘lag’ by game players).”

Despite latency making no change to the rules of the game, latency actually affects the game in real, noticeable ways, effectively skewing the odds in favor of those with higher latency. A player who’s further away, for instance, may have a disadvantage in the game because their latency acts as a handicap.

However, cloud computing can help shorten the distance between the client and the server, Feng says.

“When you decide to host a game and you choose something like Amazon Web Services, that’s basically a CDN for computing – they have clusters all over the world and they can push out the content towards where it’s being used,” he says.

Game programmers have also used certain client-side methods to help trick gamers into thinking latency is lower than it is. According to North Carolina State University’s R. Michael Young (PDF), one of these tactics is called “dead reckoning.” Basically, dead reckoning means moving objects in the client’s ﬁeld of view are tracked and their new positions are guessed based on their velocity, acceleration and location data from the last packet from the server. Another practice is client and server time-stamping that creates a simulation of the state of the game world, allowing client latency to be factored into gameplay. For instance, if a player sees a target in her crosshairs and shoots, it will register as a hit even if the latency means the target has moved. Developers that include practices like these in their games help deal with the reality of latency.

Many players who pay to be server members expect hosts to provide new content such as mods and levels or maps to the game. But they also often expect more engagement and a community feel, where they are being heard, and they’re able to contribute to the community and even the game world by creating new content within the game itself.

“The user generated stuff has really taken off, and I think stuff like Counter Strike, and then Second Life, and now with Disney Infinity,” Feng says.

Disney’s recent effort, Disney Infinity has been called by Mashable: “Minecraft meets Skylanders meets Disney and Pixar characters.” Disney’s hosting the online portion on its own, innovative private cloud. In terms of its online strategy, however, it’s particularly interesting to note that Disney is giving up some of the control of the game environment to players – many of them children – who can make custom worlds and chat online with other players. But Disney’s policy is all about maintaining a safe environment which includes parental controls, filters for offensive language and a live staff monitoring game participants.

Rather than allow its games to be hosted by anyone, a game developer is likely to prefer full control over their game hosting in order to provide a consistent game experience and follow certain community guidelines.

Game worlds at global-scale will come

However, Bungie’s upcoming game, Destiny, is developing a server architecture designed to seamlessly provide a massively multiplayer experience for all end-users simultaneously, says Feng. “They’re building the server backend for this, and it’s one of these scaling things that hasn’t been done before.”

The old model of multi-player online gaming had involved powerful computers and plenty of local data crunching and graphics rendering. But on-demand gaming performs promise to offload this onerous work from the device, promising to provide rich gaming experiences on low-end computers, consoles and handheld devices. These platforms also eliminate the need to download specific game software or cache data.

Essentially, these on-demand services run the game via remote server, taking input from the player, then return a quick stream of rendered frames to their device.

While on-demand game providers such as Gaikai and Onlive are pursuing this strategy of providing a variety of well-known games, there are definite challenges to meeting the end-users latency requirements needed for immersive experiences. A solution proposed in a recent paper on cloud latency from Canadian and French researchers (PDF) is to use content delivery networks to essentially get closer to end-users. But these CDN edge servers need processing power and GPUs.

On-demand, however, could be a source for game delivery gaming in emerging markets. Cloud Union, which provides gaming through China’s Telecom/Unicom IPTV network, is using NVIDIA GRID technology to deliver high density game streams to subscribers.

Cloud Union CEO Danny Deng says in a statement, “In China we don’t have game consoles. And therefore we see a large opportunity for cloud gaming in China.” The idea behind Cloud Union and other on-demand providers is to make games as easily accessible as movies and music.

The big recent change in the online gaming culture, according to Feng, has been the shift in the market towards handheld, and being able to provide experiences across different devices.

Leave your home console game mid-action, then pick it back up on your tablet while on the bus. This could soon be a typical scenario soon.

Developments in hosting are providing some solutions to the challenges of delivering quality experiences across different devices and localities. Feng notes with all sincerity: “Most of the action in online games is at the backend server architecture.”