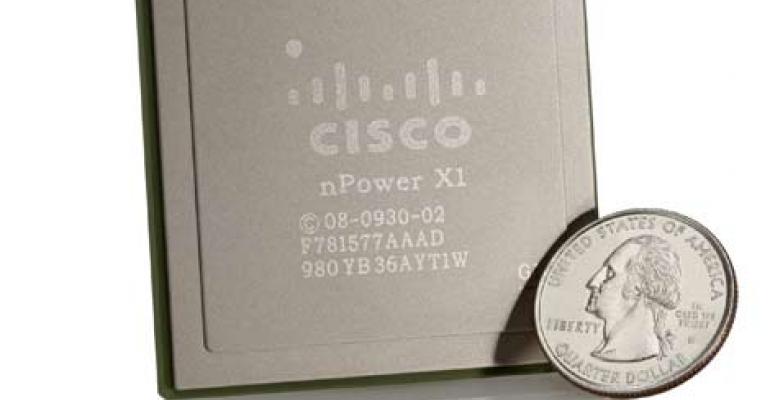 Purpose-built for software-defined networking (SDN) and powering the "Internet of Everything") Cisco (CSCO) launched an advanced network processor , the nPower. 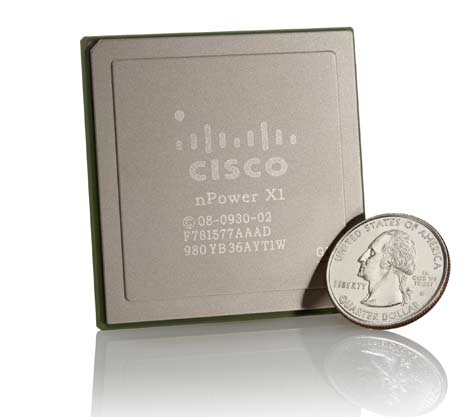 Purpose-built for software-defined networking (SDN) and powering the Internet of Things (or Internet of Everything as Cisco calls it) Cisco (CSCO) launched an advanced network processor , the nPower.  In its first generation, the nPower X1 is capable of scaling to multi-terabit performance levels while handling trillions of transactions. Incorporating over 50 patents the new chip enables on-the-fly reprogramming for new levels of service agility and simplified network operation.

The nPower X1 features tru 400 Gigabits-per-second throughput from a single chip, to enable multi-terabit network performance. All packet processing, traffic management and input/output functions are integrated on a single nPower X1 and operate at high performance and scale. Its programmable control is designed to seamlessly handle hundreds of millions of unique transactions per second.  The X1 houses 4 billion transistors and enables solutions with eight times the throughput and one quarter the power per bit compared to previous Cisco network processors.

In a blog post about the new network processor Cisco Vice President of Engineering Nikhil Jayaram talks about Cisco's market success and how it was " driven in large part by our ability to offer industry-leading solutions with the best combination of price, performance, and capabilities. This in turn was fueled by Cisco’s use of internally developed network silicon using advanced ASIC development models ahead of competitors who continued to rely on general purpose CPUs or FPGAs to power their products."

Cisco will introduce networking innovations that will feature the nPower X1 on September 24th.