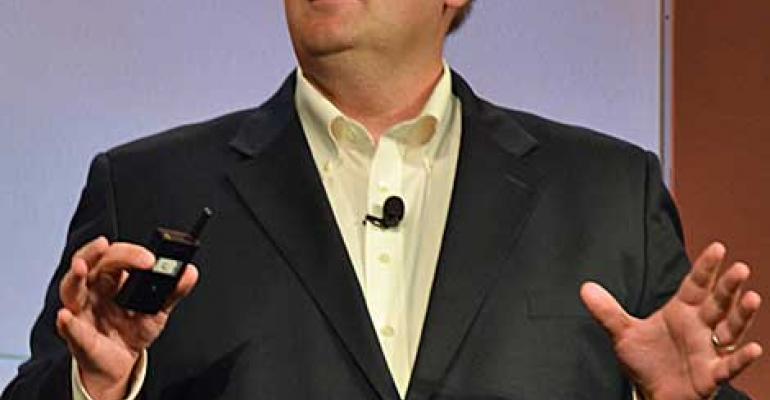 Best of the Data Center Blogs for Sept. 11

In this week's Best of the Blogs, Mike Manos looks at the geopolitical ramifications of site selection, plus posts from RagingWire, Internap, Cisco and the Verizon Terremark Enterprise Blog.

Here are some of the notable items we came across in this week's surfing of the data center blogs:

The Soft Whisper That Big Data & Cloud Computing Should Treat as a Clarion Call - At Loose Bolts, AOL's Mike Manos looks at the political component of site selection: "Big Data is becoming a dangerous game.  To be fair content and information in general has always been a bit of a dangerous game. In Technology, we just go on pretending we live under a Utopian illusion that fairness  ultimately rules the world. It doesn’t. Businesses have an inherent risk collecting, storing, analyzing , and using the data that they obtain. Does that sound alarmist or  jaded? Perhaps, but its spiced with some cold hard realities that are becoming ever more present every day and you ignore at your own peril."

Open Internet Exchange (Open-IX) - At the RagingWire blog, Annie George lays out the company's perspective on the Open IX movement. "The biggest problem Open-IX is trying to solve, however, has nothing to do with geographic diversity or carrier treatment. It’s simple economics. In the United States, the major Internet exchanges are concentrated in the hands of a few data center companies and those companies charge carriers a premium for the right to participate in the exchange."

How to Make IaaS Work for Your Big Data Needs - At the Internap blog, Gopala Tumuluri looks at infrastructure choices for Big Data requirements: "The virtual, shared and oversubscribed aspects of multi-tenant clouds can lead to problems with noisy neighbors. Big data jobs are some of the noisiest, and ultimately everyone in the same shared virtual environment will suffer, including your big data jobs. An alternative is to build out dedicated infrastructure to alleviate these problems.

Your In-Flight Internet experience is supported by the Enterprise Cloud - At the Verizon Terremark Enterprise Cloud Blog, Eric Horce of LiveTV provides a customer's take: "For the past decade LiveTV (a wholly owned subsidiary of JetBlue Airlines) has enabled the flying public to “Enjoy the Journey” with the “LiveTV At Home in the Air” experience by providing live television directly to the passenger seat.  One of the challenges during the architecture of the product’s infrastructure was to be able to create a highly reliable and secure ground-based Order Processing and Content Management platform."