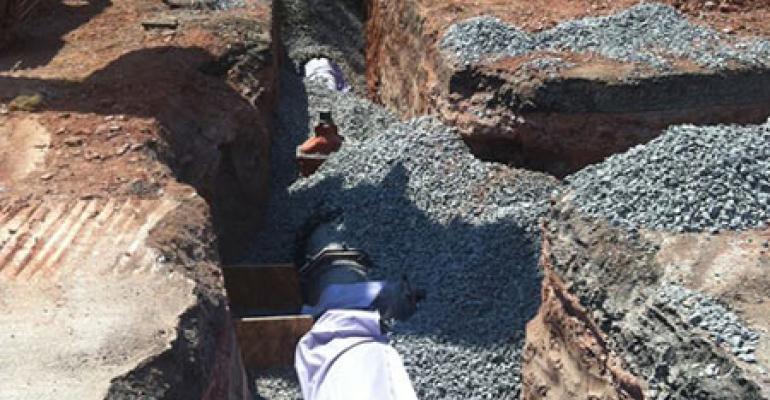 RagingWire is hooking up to Ashburn's reclaimed water loop. The usage of water in the data center has providers looking at innovative ways to reduce their environmental impact. 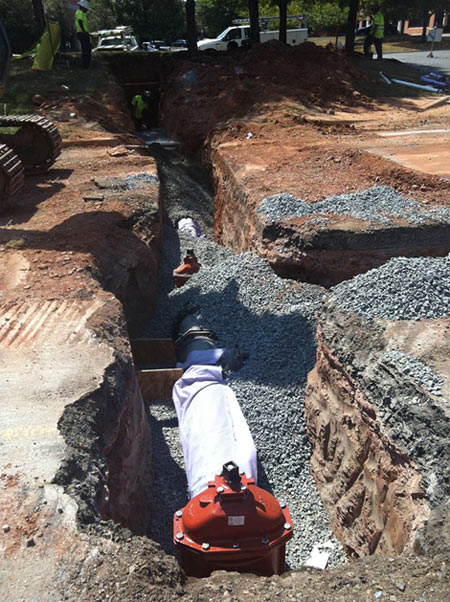 A recycled water loop from Loudoun Water was recently connected to the RagingWire data center in Ashburn, Virginia. (Photo: RagingWire)

Data centers can be thirsty beasts, consuming enormous amounts of water in cooling systems that keep servers humming along comfortably. This can be a particular challenge when data center projects cluster together around key Internet intersections. With uptime as a key priority, the water supply must be "always on" along with the servers.

Those factors have come together in Ashburn, Virginia, where local utility Loudoun Water has began offering a service to provide data center operators with reclaimed water. Hooking up to the recycled water loop can reduce data centers’ impact on the potable water supply. That's a consideration in Loudoun County, which is home to more than 5 million square feet of data center space.

Recycled water may also be cheaper. Moves such as this one are often symbiotic, and show the growing role of water use in data center considerations.

“We were talking with Loudon Water and it seemed to line up when we were building second phase,” said Annie George, Product Programs Marketing Manager at RagingWire. "Construction on the second phase started a month ago. A week and a half into the build, we saw the reclaimed water loop tap up to our site."

RagingWire announced major expansion plans recently, as well as its intentions to take advantage of tax exemptions in the state. The reclaimed water loop will play into how the second phase is being architected.

“It goes back to when RagingWire was initially planning for the building,” said George. “Utility water in Ashburn is relatively expensive on an ongoing basis. The efficiency and sustainability is a large part of the decision, but with any part of infrastructure, cost goes into it as well.”

The first RagingWire phase had an onsite well as its primary source. The secondary source will now be the reclaimed water, then tertiary utility water.

"In our case, it doesn’t get repurposed all the way to the tap," said Chris Thames, Director of Critical Facilities at RagingWire. Instead, the reclaimed water can feed the cooling system.

Water Use A Growing Concern For Data Centers

"Because of the data center mass in the area, the utility providers really do work with us to come up with ways to increase sustainability," said George.The reclaimed water loop should be ready to go for select customers in early 2014, with a grand opening in 2015.

It’s become such a concern in an industry that always concerns itself with lowering environmental impact that the industry has developed metrics and best practices to encourage broader participation in slashing water use. The Green Grid  came out with a Water Usage Effectiveness (WUE) metric, a key performance indicator. Data center providers began to take into account their hydro footprints, and the relationship among it and Power Usage Effectiveness (PUE).

In August 2012, Facebook released its initial data on water usage effectiveness in Prineville, Oregon. Facebook believed this established a good benchmark for other users running large facilities: 0.22 liters per kilowatt.  The WUE metric was developed by the Green Grid as a way to extend its focus on efficiency beyond power

The Green Grid announced that the bar had been set once Facebook announced its numbers.

A Google data center in Atlanta uses recycled waste water to cool thousands of servers housed in the  facility, and then purifies the excess water so it can be released into the Chattahoochee River. Google also financed the building of a “sidestream” treatment plant for the Douglas County Water and Sewer Authority (WSA).

The plant builds on concepts Google used in Belgium, where it treats water from an industrial canal for use in its data center cooling system, allowing the facility to operate without chillers.

In a move that saved millions of gallons of potable water for the local community, Microsoft has teamed with the city of Quincy, Washington to retool the city’s water treatment infrastructure. The partnership was laid out in 2011. The company leases a water treatment plant out to the city for $10 a year as part of a partnership to develop a more sustainable water supply in Quincy.