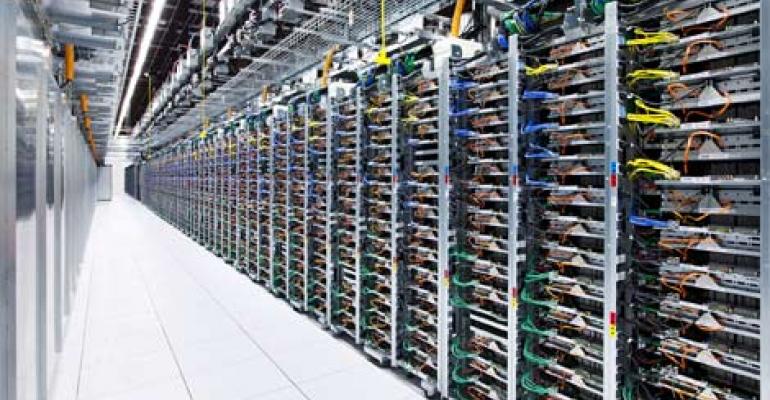 Google says it has accelerated an initiative to encrypt data moving between its data centers, citing growing concerns about data privacy amid ongoing revelations about the code-breaking capabilities of the NSA and other global security agencies. 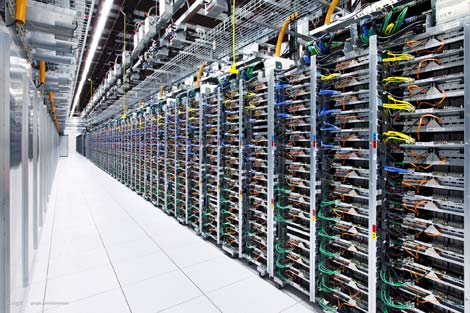 A long row of racks packed with servers inside a Google data center in Oklahoma. The company says it is stepping up the use of encryption in data moving between its data centers. (Photo: Google)

Google has accelerated an initiative to encrypt data moving between its data centers, citing growing concerns about privacy and data security amid ongoing revelations about the code-breaking capabilities of the NSA and other global security agencies. The company told The Washington Post that an existing program to encrypt more data in transit was stepped up in June as Google sought to reassure consumers about the U.S. government's access to data traveling across its network.

Security experts told the Post that the effort wouldn't guarantee that spy agencies couldn't gain access to data on Google's network, but that the company's move would make it more difficult to do so.

The Post writes: "Google officials declined to provide details on the cost of its new encryption efforts, the numbers of data centers involved, or the exact technology used. Officials did say that it will be what experts call 'end-to-end,' meaning that both the servers in the data centers and the information on the fiber-optic lines connecting them will be encrypted using 'very strong' technology. The project is expected to be completed soon, months ahead of the original schedule."

While Google's comments to the Post have gained widespread attention, the company has been boosting its focus on encryption for some time. In July Google was reported to be testing expanded encryption of files stored on its Google Drive service, which offers free storage to consumers. Last month Google said it had begun to automatically encrypt all data on its paid Google Cloud Storage before it is written to disk, at no additional charge.

"If you require encryption for your data, this functionality frees you from the hassle and risk of managing your own encryption and decryption keys," Google product manager Dave Barth wrote in a blog post. "We manage the cryptographic keys on your behalf using the same hardened key management systems that Google uses for our own encrypted data, including strict key access controls and auditing."

Adding more encryption could prompt Google to further reinforce its industrial-grade Internet infrastructure. Encrypting data typically has an impact on latency, a problem Google has targeted in the engineering of its Chrome web browser. Creating a faster web experience has been a priority for Google's data center team.