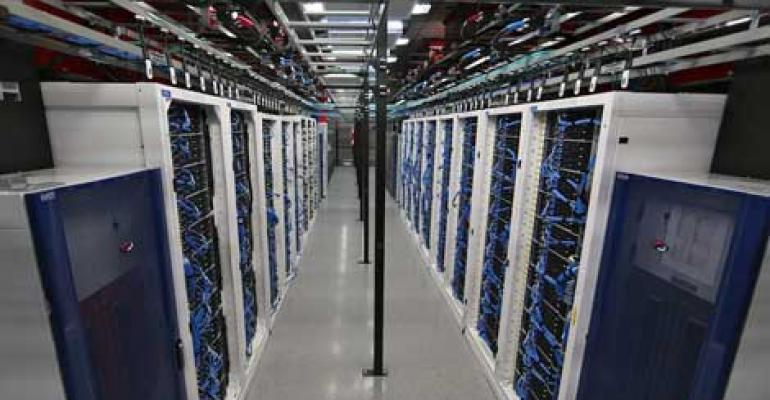 A look inside the data halls at the Switch SuperNAP campus in Las Vegas (Photo: Switch)
Business 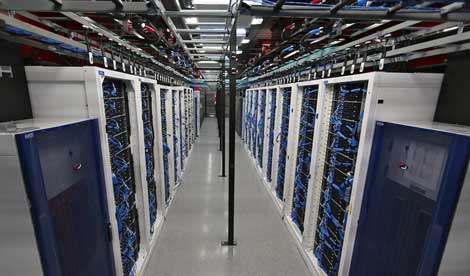 A look inside the data halls at the Switch SuperNAP campus in Las Vegas (Photo: Switch)

Intel Targets Cloud Data Centers with New Atom C2000 Chips - Intel is bringing its low-power Atom chips to the cloud. Today the chipmaker announced the commercial availability of products based on the new Atom C2000, a low-power chip previously known by the codename Avoton. The new chip is designed to bring the power efficiency of mobile phones into the hyperscale environments of cloud data centers. Intel said the new 22nm chip will also allow it to expand into areas such as cold storage and entry-level networking.

Switch Adds 19 Megawatts of SuperNAP Colo Sales - The data center market was plenty hot in Las Vegas in August. Colocation provider Switch said it sold 19 megawatts of  power capacity during the month, its highest one-month total ever. The majority of that capacity was for space in SuperNAP 8 , the company’s newest mega-data center.

Telx Adds Capacity In Chicago's Digital Fortress at 350 East Cermak - Colocation and interconnection specialist Telx is adding 1.2 megawatts of capacity in its primary Chicago facility, located in Digital Realty’s huge data hub at at 350 East Cermak. It’s additional space in market where it’s scarce and dear, and within the city’s primary internet hub.

LinkedIn Raising $1 Billion, Will Invest in Infrastructure - The business-focused social network LinkedIn plans to raise an additional $1 billion, and will use some of the funding to expand its infrastructure. That’s bound to be good news for one or more data center providers.>