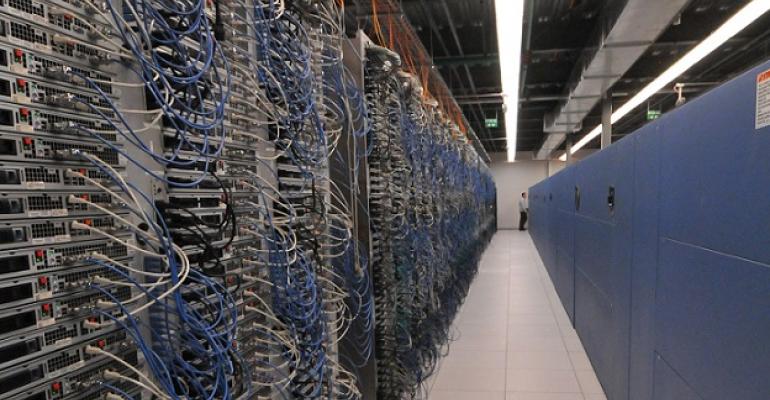 Web hosts have had to expand their portfolios in order to meet not only the hosting needs of their customers, but also provide tools to address other business needs as well, such as managing social media or keeping track of budgets. This evolution from hosting provider to services provider is something that 1&amp;1 Internet has a vested interest in as the majority of its small and medium-sized business customers look to the company as a one-stop shop for services beyond web hosting.

Web hosts have had to expand their portfolios in order to meet not only the hosting needs of their customers, but also provide tools to address other business needs as well, such as managing social media or keeping track of budgets. This evolution from hosting provider to services provider is something that 1&1 Internet has a vested interest in as the majority of its small and medium-sized business customers look to the company as a one-stop shop for services beyond web hosting.

“The major change we will make as a company, but also as a market, is changing from a hosting company to an eBusiness company,” 1&1 CEO Robert Hoffmann said at a press event in Kansas City, Missouri, last week.

SMBs, according to Hoffmann, are a huge opportunity 1&1 because they are willing to spend on applications (the average 1&1 MyWebsite user, for example, spends €15 per month). The opportunity in Europe, where 1&1 has the most market share, is based on the disconnect between the US and Europe in terms of social media and search engine marketing adoption, a gap that means 1&1 is in a solid position to provide SMBs with the tools to be successful in the areas that their American counterparts have already become familiar with.

Celebrating its 10 year anniversary in the United States, 1&1 relies on brand recognition from its marketing campaigns, and its easy-to-use tools (its MyWebsite builder, launched two years ago, already has 500,000 customers) to gain customers in the competitive SMB hosting market. 1&1 competes with GoDaddy, Endurance International and Web.com in the US. In Europe 1&1 has a stronger foothold, with a presence in several different markets including Spain, where it recently acquired Arsys.

Its biggest competitor in the U.S. market, GoDaddy, has taken a different approach to SMB hosting market and integrating apps into its portfolio, acquiring SaaS providers and tools to be used with its hosting packages. Most recently, GoDaddy acquired Locu.

Though its M&A strategy differs from GoDaddy, Hoffmann said that its acquisitions will be increasing as it sees the demand for consolidation and acquisitions in the eBusiness space.

“Human resources is a critical factor in our business,” Hoffmann said, indicating that one of the major selling points for the Arsys acquisition was a strong executive team was already in place.

However, Hoffmann said 1&1 will only acquire companies if the value is also reflected in the price, and it will not necessarily acquire a whole company as GoDaddy tends to do. He said the transactions could look more like its investment in Open-Xchange, where it acquired a minority stake.

On Friday, 1&1 launched a new web hosting range which promises customers a complete “end-to-end experience”, combining design tools, an application center, and support, an area where 1&1 has struggled with in the past and is determined to improve, Hoffmann said.

“In the past we were very much focused on product innovation, and I think there is a big opportunity to become better at customer service,” he said.

To that end, 1&1 released new promises on all products, including a free 30 day trial, the ability to downgrade a hosting package, monthly payments, a 24×7 line in all markets and data redundancy in two locations. Users of its new Advanced package are guaranteed 2GB of RAM for free.

Included with its web hosting packages from $1.99 per month, the 1&1 App Center offers 40 apps, with two options for installation: free or safe mode. Safe mode provides a managed platform so customers don’t have to worry about performing security updates or ensuring apps are up to date. Free mode gives the user a bit more flexibility, giving them access to the code.

The app store includes measures for 1&1 to ensure quality, a feature that Hoffmann said can make or break an app store.

“For us it’s about establishing a standard,” Hoffmann said. There is a SDK open to the market, and 1&1 is currently creating a developer’s platform.

For now the apps in the store are free; Hoffmann said the initial focus of the app store is to leverage its reach in the professional segment to reach its goal of 1000 apps, and then look at offering paying apps.

In addition to updating its hosting packages, 1&1 also made some improvements to its cloud server, launching Dynamic Cloud Server Flex. It added the option to be billed hourly and introduced a new free sleep mode.

1&1 launched its pre-order portal for customers to reserve new TLDs for free after signing its Registrar Accreditation Agreement with ICANN on Tuesday. Hoffmann said that though price will be a challenging factor, SMBs will adopt new TLDs for many reasons, including making it easier to be found in search engines and securing their identity from competitors. By the end of the year, Hoffmann expects 5 million reservations to be made through its portal.