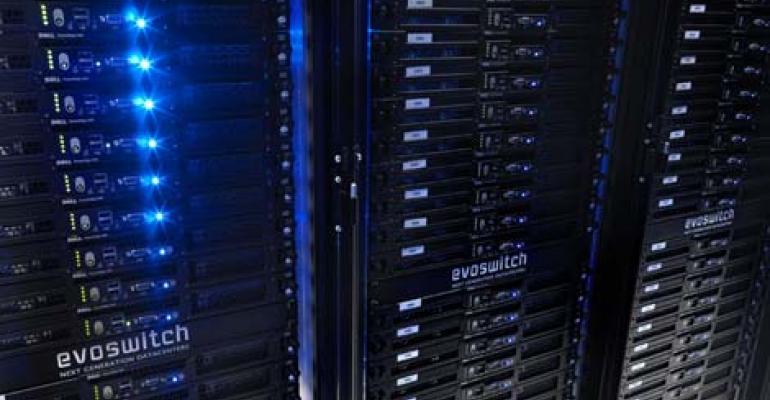 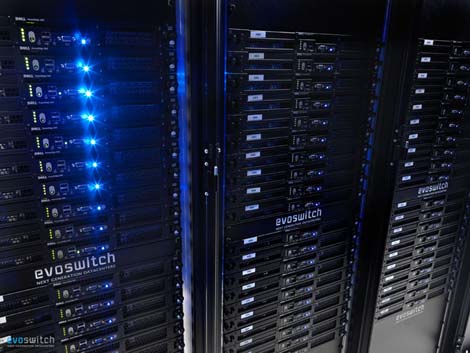 Racks filled with servers at EvoSwitch, which said this week that it will team with the London Internet Exchange on a new European-style IX in Virginia. (Image: EvoSwitch)

London Internet Exchange Enters U.S. Market With EvoSwitch in Virginia - The London Internet Exchange (LINX) is entering the U.S. market, opening a neutral interconnection service in the EvoSwitch WDC1 data center in Manassas, Virginia. The exchange says its presence at EvoSwitch is the first step in establishing a multi-site Internet exchange championing the European interconnection model, in which Internet traffic exchanges are managed by participants, rather than the colocation providers hosting the infrastructure.

Huge Leasing Wins for DFT in Santa Clara and NJ - DuPont Fabros Technology (DFT) has leased more than 11.7 megawatts of data center space across its portfolio, the company said today. Based on its leasing success, the data center developer has boosted its revenue guidance for Wall Street, and purchased land for a major expansion in suburban Chicago.

Widespread Adoption of VMware NSX Network Virtualization - VMware‘s new NSX network virtualization platform has hit the ground running, with a a lot of partners announcing support for the new operational model.  VMware touts its list of NSX partners in a blog post, saying that VMware NSX was architected in a way to ensure that the services offered on NSX virtual networks deliver next-generation functionality, and are also as co-existent, transparent, and effective as those deployed on physical networks.