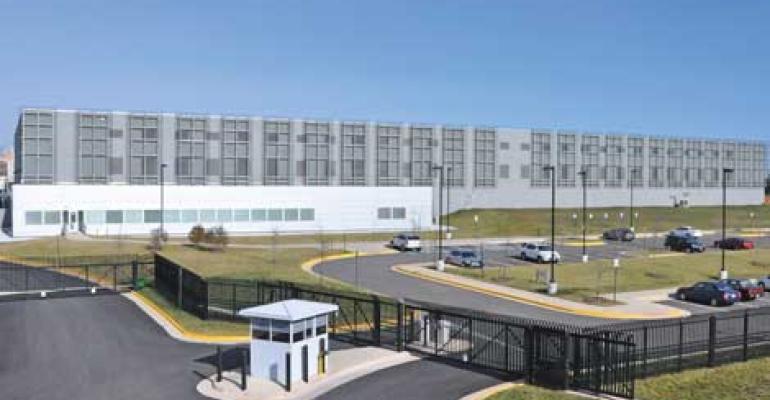 The London Internet Exchange (LINX) is entering the U.S. market, opening a neutral interconnection service in the EvoSwitch data center in Manassas, Virginia. LINX says the presence at EvoSwitch is the first step in establishing a multi-site Internet exchange championing the European interconnection model. 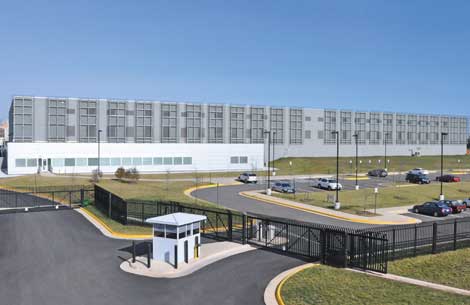 The exterior of the data center in Manassas, Virginia where the London Internet Exchange (LINX) will open an exchange with EvoSwitch, one of the tenants.(Photo: EvoSwitch)

The London Internet Exchange (LINX) is entering the U.S. market, opening a neutral interconnection service in the EvoSwitch WDC1 data center in Manassas, Virginia. The exchange says its presence at EvoSwitch is the first step in establishing a multi-site Internet exchange championing the European interconnection model, in which Internet traffic exchanges are managed by participants, rather than the colocation providers hosting the infrastructure.

The arrival of LINX fulfills a key goal for EvoSwitch, an Amsterdam-based colocation provider that entered the U.S. market roughly a year ago by leasing space in the COPT data center in Manassas. LINX says it intends to ultimately extend its infrastructure to additional data centers in northern Virginia.

Both EvoSwitch and the London Internet Exchange are aligning their effort with Open-IX, a new community effort to improve the landscape of Internet peering in the U.S. Open IX is looking to endorse data centers and Internet exchange points (IXPs) to encourage neutral, public peering. EvoSwitch and LINX expect to receive an early endorsement from Open IX, and to be the first to market in northern Virginia, one of the most fiber-dense regions in the U.S.

A Beachhead for the European Model

The new exchange introduces an approach that has thrived in London, Amsterdam, Frankfurt and several Asian markets. It represents an alternative to the market leadership of Equinix, whose Ashburn campus is the focal point for interconnection activity in northern Virginia. The European model has struggled to establish itself in the U.S., but EvoSwitch's entry into the U.S. market and the emergence of the Open IX movement provide an alignment of interest and opportunity for the London Internet Exchange.

“EvoSwitch approached us early November 2012 with the idea to bring the powerful IXP model that LINX represents to the USA,” said John Souter, CEO of the London Internet Exchange. "Out of those conversations, and in close collaboration with Open-IX since it was formed early 2013, we are now close to launching LINX USA in north Virginia.

"There is a strong demand for a change in the way networks interconnect across the United States," said Souter. "Neutral, multi-site IXPs where peers are members with a clear say in running the Exchange as stakeholders, provide real choice. They add resilience in the network, reduce latency and ultimately lower the cost of exchanging Internet traffic, which in the end stimulates growth which benefits all."

EvoSwitch's WDC1 data center in north Virginia is the first of three data centers in the region to reach an agreement with LINX for its initial footprint as a multi-site Internet Exchange (IXP).

“Before we launched into the north Virginia market, we already knew we wanted a strong, neutral Internet Exchange partner to provide our customers with best-in-class peering services.” said Eric Boonstra, CEO of EvoSwitch. “The North American market for network interconnection services has developed very differently from Europe. In Europe, carrier-neutral data centers work closely with neutral IXPs to provide a layer of transparent peering services that are available from multiple, competing data centers in the same market.

"Over time, it will provide our network and content provider customers with real choice on where to colocate, because their peering needs can be met from anywhere in any given metro market," said Boonstra. "If you're a data center operator and you want to be on the map, you want to have an Internet exchange. It attracts a lot of operators. Having a LINX point of presence in my data center will create a lot of new business. Some customers we normally would not see will come to us, especially with the space and pricing we have available. I think it will open the market.”

The European approach seeks to extend the exchange across multiple data centers, offering participants a choice among providers and facilities.

"A crucial part of Open-IX is to get exchanges to span buildings," said Souter. "Without this, you can get lock-in factors, and people can exercise control on the customer base. The operator community is saying loudly and clearly that they want to have exchanges that span multiple buildings. The data center has to compete. EvoSwitch has showed a willingness to compete to succeed in our market.

"We’ll set up a dark fiber ring that connects the three initial data centers together," Souter continued. "This is the first in the chain. We need other sites to open with LINX too, for the strength of the European model. We do not fear the neutral internet exchange model."

The way Open IX  is being framed, any operator and data center can achieve endorsement. The Open IX committee hasn’t figured out all the details, but the essential details are clear. EvoSwitch and LINX here are going to be putting many of those ideas in practice. "We want to be aligned with Open IX," said Souter.

"EvoSwitch invited us to meet them in Amsterdam" said Souter.  "We used that opportunity to see what EvoSwitch’s angle on the world is: they’re a relatively new entrant to the market, they had to have an edge. We needed to feel they were someone we could partner with and have a good relationship."

Souter said network equipment maker Juniper Networks has been an important partner for LINX in establishing extremely reliable infrastructure in London, where the exchange can handle up to 1.6 terabits a second of peak traffic. Souter said LINX has discussed the U.S. initiative with its members and received strong support - with some members already lining up a presence at EvoSwitch in Manassas.

"It's good to hear that some of our members are already making commitments," he said. "This is not a speculative venture. The scale of ambition is significant."