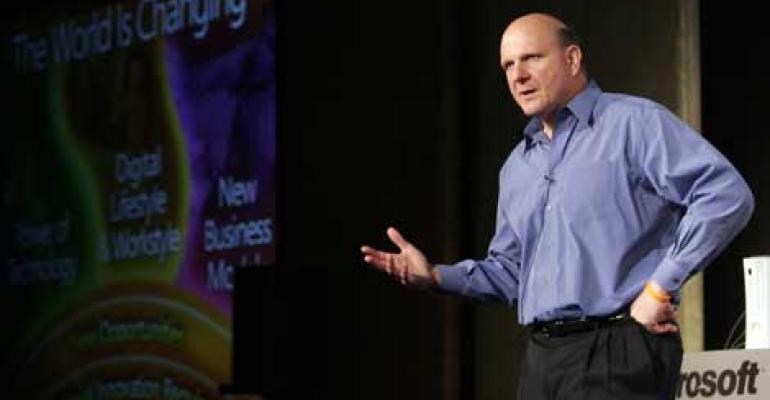 After Ballmer: Pundits Ponder Next Steps for Microsoft

Yesterday's announcement that Microsoft CEO Steve Ballmer will retire in the next 12 months prompted reactions from far and wide. Here's a look at some of the notable interviews, analysis and commentary from around the web. 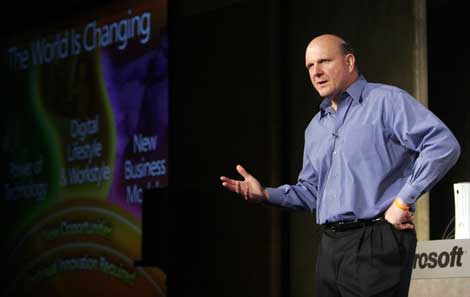 The retirement of CEO Steve Ballmer places Microsoft at a crossroads. (Photo: Microsoft)

The retirement of CEO Steve Ballmer places Microsoft at a crossroads. The selection of Ballmer's successor will define the next phase of Microsoft's evolution as a company. Yesterday's announcement that Ballmer will retire in the next 12 months prompted reactions from far and wide. Here's a roundup of notable interviews, analysis and commentary from around the web:

ZDNet - Appropriately, Mary Jo Foley has the link of the day, with an exit interview of sorts from Ballmer: "It's been 20 years since I was allowed by Microsoft to interview Steve Ballmer. (Yeah, I don't know why, either.) But today, the day Ballmer announced he'd be retiring within a year as Microsoft's CEO, I got my (most likely last) 15 minutes with Ballmer to interview him."

Mini-Microsoft - The insider gadfly Mini-Microsoft says Ballmer's departure could freeze Microsoft in its tracks: "To me, this throws the whole in-process re-org upside down. Why re-org under the design of the exiting leader? Even if the Senior Leadership Team goes forward saying that they support the re-org, it's undermined by everyone who is a part of it now questioning whether the new leader will undo and recraft the decisions being made now. I'd much rather Microsoft be organized under the vision of the new leader and their vision."

AllThingsD - John Paczkowski looks at Ballmer's personal wealth and yesterday's stock activity:"At yesterday’s closing price of $32.39, (Balmer's Microsoft shares) were worth approximately $10.794 billion. But this morning, after Ballmer disclosed his retirement plans, Microsoft’s share price rose some seven percent, pushing the value of Ballmer’s stake to $11.563 billion, and making him $769 million in the process."

Wall Street Journal - "The announcement follows years of criticism about the waning growth and influence of Microsoft, a key force in the personal-computer era whose power was once so great that U.S. government regulators sought to break up the company. But Microsoft has failed to keep pace in a new era of technology, as PC sales have ebbed and growth has shifted to makers of mobile devices like Apple Inc. and Web services like Google Inc."

LiveSide.net - "It has been becoming more and more clear that Ballmer’s stated objective of staying on at Microsoft through 2017 or so wasn’t in the best interests of the company, and making the move now, before the 'Devices and Services' vision is fully baked in but after the company has received at least a bit of a shakeup with the reorg, may be as good a time as any for the CEO to step down."

Seattle Times - From the Microsoft Pri0 column: “We need to start now” to pick a new CEO, Ballmer said, “so we have a successor in place so we can lead a multi-year journey, or  I would have to sign up long enough so I don’t leave mid-stream.” He said his decision was not prompted by  shareholders’ pressure for change. Ballmer is not on the special committee that will choose his successor. But as a member of Microsoft’s 9-member board, he will have a voice — “and I’m never shy about my opinions,” he said.

The Verge - The Verge ponders internal CEO candidates: "We're told that internal speculation is starting to center around Tony Bates, who leads the business development and evangelism group, and Satya Nadella, who runs the new cloud and enterprise engineering group."