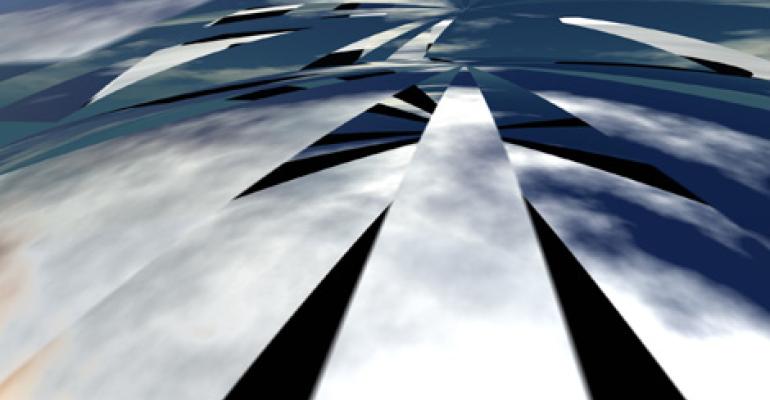 Rackspace Study: Hybrid is the Culmination of Cloud Journeys

A survey from Rackspace shows that the majority (60 per cent) of IT decision-makers see hybrid cloud as the culmination of their cloud journey, rather than a stepping stone to using the public cloud alone for all their cloud needs.

A survey from Rackspace Hosting suggests that the hybrid cloud future is so bright it has to wear shades. The survey of US and UK enterprises finds that the limitations of one-size-fits-all solutions like large public clouds are becoming more apparent, and these limitations are driving organizations to hybrid cloud: public, private cloud and dedicated servers working together in any combination.

The survey illustrates growing recognition of the value proposition of  hybrid cloud. In sponsoring the research, Rackspace is building upon its efforts to define itself as a major player in hybrid infrastructure, rather than just public clouds. This is a potential differentiator for Rackspace (RAX), which for years has managed physical servers for customers, a service not offered by public cloud rivals like Amazon and Google.

The survey results show that the majority (60 per cent) of IT decision-makers see hybrid cloud as the culmination of their cloud journey, rather than a stepping stone to using the public cloud alone for all their cloud needs. 60 per cent of respondents have moved or are considering moving certain applications or workloads either partially (41 per cent) or completely (19 per cent) off the public cloud because of its limitations or the potential benefits of other platforms, such as the hybrid cloud.

Rackspace’s study also found that hybrid cloud is now used by nearly three quarters (72 per cent) of respondents for at least a portion of their application portfolio, with US organizations (80 per cent) more likely to use it than UK organizations (64 per cent). The discrepancy between US and UK is typical, as Europe is a little behind the adoption curve compared to the US.

The "End State" of the Cloud Journey

"Hybrid cloud is a better model in the long term,” said Rackspace CTO John Engates. “I think it’s the end state. A lot of people start on the public cloud but reach a point where they find they can have better efficiencies with hybrid.”

The top reasons respondents gave for why their organization is using hybrid cloud instead of a public cloud only approach for certain applications or workloads are better security (52 per cent), more control (42 per cent), and better performance or reliability (37 per cent).

According to  Engates, companies typically begin with a public cloud, a private cloud or dedicated servers but then come to realize they need the benefits of the multiple cloud hybrid environment. He notes the survey findings mirror what Rackspace is seeing among its’ own enterprise customers.

Engates gives the example of marketing software providers HubSpot, a company that moved from pure Amazon public cloud to a Rackspace setup, and achieved a 4x performance boost. The company uses tools like Hadoop, which works better on dedicated hardware, while other workloads belong in the cloud.

“The findings of our study indicate that the hybrid cloud is the next cloud for many organizations,” said Engates. “They may have started with a public cloud-only architecture, but have come to realize the limitations of this approach as they’ve continued on their cloud journey. They turn to the hybrid cloud because it can combine the best of public cloud, private cloud and dedicated servers, delivering a common architecture that can be tailored to create the best fit for their specific needs. For example, instead of trying to run a big database in the public cloud on its own, which can be very problematic, businesses can leverage the hybrid cloud to run that database much more efficiently on a dedicated server that can burst into the public cloud when needed.”

There’s no exact figure as to when this turning point is reached, but roughly $25,000 in spend a month is one rough benchmark the company is seeing at the point of customer transition.

Best of Both Worlds?

Traditional hosting and cloud computing complement one another, and Rackspace believes it is uniquely positioned to capitalize on this. “A lot of folks in the industry are starting to wake up to the fact that traditional hosting isn’t legacy, but an asset,” said Engates. The majority of its competition is either pure cloud like Amazon Web Services, or smaller competitors that have dedicated hosting but don’t offer cloud at all. Being able to offer both worlds, along with what the company dubs fanatical support, means all the best aspects of a traditional hoster and cloud.

The survey suggests that hybrid’s best days are still ahead. “There’s a lot of engineering that goes into it,” said Engates. “This is not a well-worn path yet ... cloud is in early stages of adoption. A lot of smaller startups have never done this before. Often times we do guide people. We put high value on customer service. We do this for enterprises up front through cloud-readiness assessments. We help find the right applications to move to the public cloud.”

While this survey looked at people who have already used the cloud, Engates notes that Hybrid also holds a lot of appeal to those with on-premises infrastructure contemplating cloud. “Hybrid makes the transition to cloud computing a little easier,” said Engates. “It means they can transition to cloud as is.

"If infrastructure setups are indeed moving towards hybrid, this is a good position to be in. We actually lead with hybrid with a lot of customers these days,” said Engates. “We guide them to a hybrid solution from day one.”

The study suggests hybrid is the future, and the company's recent growth rates also seem to back this up.