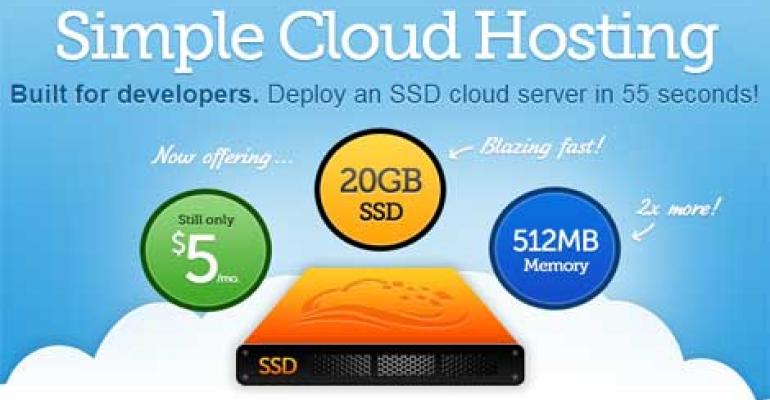 DigitalOcean launched not too long ago, in 2011. In a short timeframe, the company's growth has sky-rocketed, prompting it to open up additional space with Telx, in the Google-owned 111 8th Avenue building in New York City. 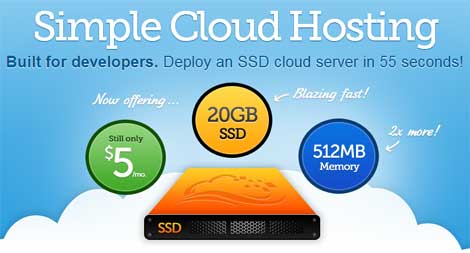 Cloud provider DigitalOcean has been growing at an impressive clip. The company just opened its second New York data center, taking space with Telx in Google-owned 111 Eighth Avenue.  The location is live, with users now able to spin up virtual machines, what the company calls "droplets."

"Googleplex East is among the world's most wired buildings and one of the two key Internet intersections in Manhattan,” the company wrote in a blog. “In addition to significantly increasing East Coast capacity, this new data center brings DigitalOcean even closer to rolling out private networking for our customers, which will premiere in NY2.”

In addition to the new VPN offering, the company plans on adding object storage down the line. The company also announced that it added a significant amount of server capacity in its Amsterdam, NL location.

Getting Rid of the Blank Slate Problem

One of the issues with raw compute and storage cloud providers is that they aren’t necessarily user-friendly. This means the low end of the market can find these services complex to use. The company’s aim is to make cloud computing easier than what’s currently offered. The message is working, with Netcraft finding 7,000 web-facing servers at DigitalOcean in June, up from 1,000 last December. The company has accumulated more than 35,000 customers in a short span, launching recently in 2011.

The company’s other NYC metro area data center is in Northern New Jersey. New customers in the past month have been told they can’t host their accounts there, leading some to believe that Jersey is filled to capacity. Customers were pointed to other DigitalOcean locations in Amsterdam and San Francisco.

The new data center adds what appears to be much needed space, though the company hasn't stated it was running out of space in New Jersey.

A lot of cloud providers have put an emphasis on making it easier to operate in the cloud. Rather than the “blank slate” approach of market leader Amazon Web Services (though to be fair, Virtual Machine Images and recent tutorials from AWS have made it more user-friendly), providers such as DigitalOcean differentiate themselves by providing simple deployment options to get up and running. It’s an approach targeted to developers, as well as startups and small businesses. The company plans to expand the types of virtual machine images that are ready to go, pre-loaded with applications like WordPress.

The company claims 1 minute set up times. Customers can resize servers to another pricing tier in the same amount of time.

It’s also another cloud provider using Solid State Drives (SSD) and Software Defined Networking (SDN) for a performance boost (another example in the space is CloudSigma). Its cloud is KVM Hypervisor based.

Last month, speculators of a new virtual currency named Primecoin briefly threw a wrench into DigitalOcean’s operations. The company was forced to stop provisioning new servers (called droplets) on its cloud as users spun up machines for cheap computer cycles to mine the currency. Like the more well-known Bitcoin, Primecoin relies on cryptographic ciphers as a mechanism to increase the money supply. The demands for generating more currency increases over time.

Bitcoin’s price sky-rocketed to over $100 per coin as speculators drove up the price of the virtual currency. Folks were banking on Primecoin to do the same, and began mining for it.

Another problem along the road of growth was a security vulnerability discovered by one user. The user discovered that the service was using identical SSH fingerprints for multiple Ubuntu droplets generated within a single account. The company fixed the problem.

The company handled both problems promptly and transparently.  It’s growing at a solid pace, expect it to continue grow at a quick clip.