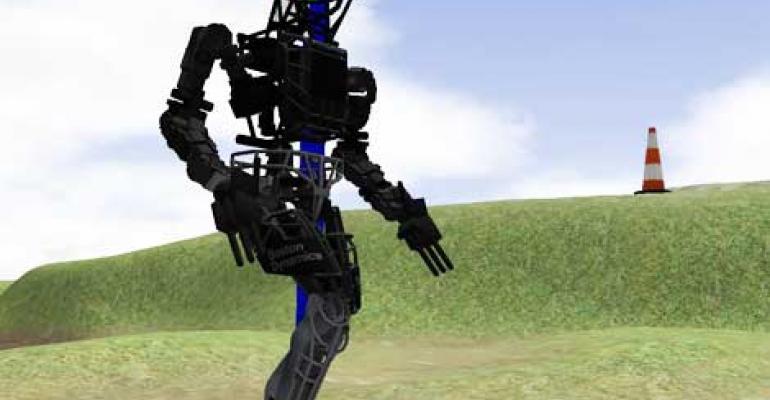 Making virtual robots race around the cloud is harder than you might think. When the Open Source Robotics Foundation (OSRF) ran into trouble with the speed of its server communication, it left Amazon Web Services for SoftLayer's bare metal cloud. 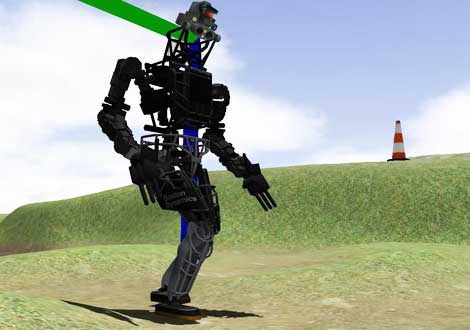 In the DARPA Virtual Robotics Challenge task, teams had to guide the robot over a series of terrain, including mud, uneven ground and a debris-littered path. SoftLayer provided the hosting for the challenge. (Photo: DARPA)

The goal for competitors in the VRC was to develop software that makes a simulated robot execute tasks that might be required of emergency personnel in a disaster response situation. The winners advance and get to see the software applied to actual, physical robots in a live event.

After initially using Amazon Web Services, the Open Source Robotics Foundation (OSRF) ran into trouble with the speed of server communication. The competition demanded that machines exchange data with one another at hyper-fast speeds. OSRF found that SoftLayer, which provided bare metal cloud and high-performance GPU servers. was the only dedicated platform that could shorten the communication loop between machines to 1k/second, thereby offering the power and speed necessary for complex robotics simulation.

“The first Virtual Robotics Competition is an exclamation point in the evolution of the cloud, testing its performance limits and highlighting the need for bare metal servers and virtual environments to work in tandem,” said Nathan Day, Chief Scientist of SoftLayer, which was recently acquired by IBM. “SoftLayer’s platform can be uniquely tailored to meet requirements across the full spectrum of server needs and we are thrilled to work with Open Source Robotics Foundation in this premier event.”

OSRF was funded by DARPA to support the simulator-based event, which is part of the broader DARPA Robotics challenge. Over 100 teams from around the world participated, with SoftLayer’s global platform allowing them to compete from remote locations.

In preparation for the Virtual Robotics Challenge, the OSRF configured SoftLayer’s platform into a highly specialized format so that teams were able to control their own server constellation apart from other teams. Through SoftLayer’s API, each team was provided with five connected servers, including two high-end dual Intel Sandy Bridge servers with NVIDIA GPU, isolated from any others in the competition. Teams were able to reload their own servers as needed, and OSRF could reset constellations to their virgin state once each team finished its simulation.

“SoftLayer was a true partner in hosting the VRC Simulator and worked with our team closely to pre-test machines for the competition," said Brian Gerkey, CEO of OSRF. "The VRC was an unprecedented initiative and required technology partners that were willing to go the extra mile to assure that this event made its mark in history."