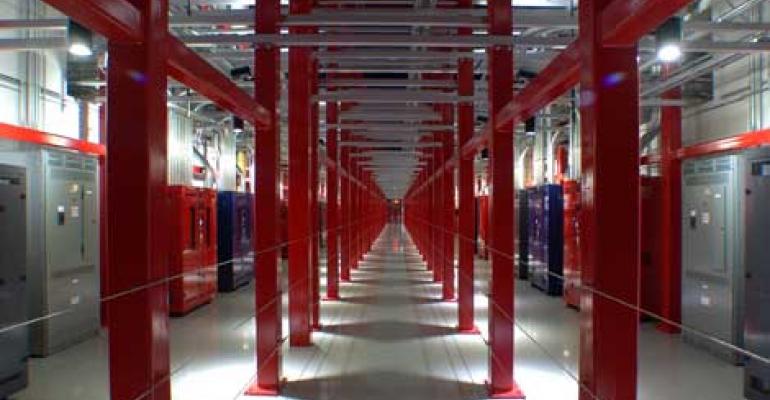 ProfitBricks has just skipped several chapters ahead in the cloud price reduction game and slashed prices in half. "We're twice as fast and half as expensive," said CMO and co-founder Andreas Gauger. 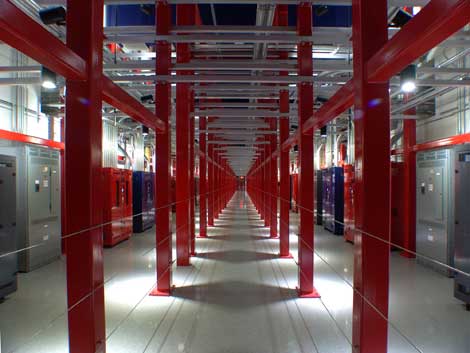 Cloud computing company ProfitBricks will double its capacity at the SuperNAP in Las Vegas, along with slashing its pricing. Here's a look at the massive power spine at the SuperNAP, which has experienced strong growth for its cloud ecosystem. (Photo: Switch)

ProfitBricks has decided to skip the incremental cloud computing price cuts seen at leading players, and slash its pricing in half in a bid to make itself the clear price performance leader in the Infrastructure as a Service (IaaS) sector. The company was already competitively priced, so this means instance prices are roughly 50 percent lower than major cloud providers like Amazon Web Services and Rackspace.

"Cloud computing pricing is inflated," said Andreas Gauger, co-founder of ProfitBricks. "The industry didn’t adjust the price according to the savings that they actually have in their costs. There’s  talk of a price war going on, but the truth is the pricing is high, the margins are high."

"We are cutting our pricing of cores and RAM in half," Gauger said. "It makes us the price performance leader in the space.”

Is this really a drastic move, or is ProfitBricks just keeping the other cloud providers honest? At the very least, it may put ProfitBricks on the map for cost-conscious cloud consumers, and raise ProfitBricks' profile in the cloud business. Gauger indicates that the company's margins were high, and that margins have been adjusting slower than the cost. "The new pricing is roughly the same as the gross margin in 2011," he said.

Gauger and the founding team of Profitbricks previously co-founded shared hosting provider 1&1 Internet, which reveals a bit of the strategy behind the tactic. 1&1 Internet is a mass market/shared hosting juggernaut that was very aggressive during the hosting pricing wars several years ago. 1&1's pricing undercut the competition, and it worked out for them. However, there weren’t very many winners during the hosting pricing wars, with several providers struggling, folding, or being gobbled up in a consolidation play.

Part of the reason the aggressive pricing worked for 1&1 was the sheer scale of the company. It could put pressure on its pricing and rely on the longtail. The truth is that, as with  cloud, the profit margins are really good on shared hosting

Profitbricks will now be 45 percent to 66 percent less expensive than Amazon EC2, and 43 percent to 80 percent cheaper than Rackspace cloud instances. ProfitBricks doesn't offer reserved instances, an Amazon feature that can slash cloud costs to even lower levels.

Profitbricks is seen as a premium cloud, offering beefy hardware, an ultra-fast Infiniband network and a strong focus on a user-friendly management interface. ProfitBricks released a benchmark study from Cloud Spectator indicating its cloud runs at speeds twice that of Amazon Web Services and other major vendors.

“We’re twice as fast and half as expensive,” said Gauger.

Profitbricks also disclosed that it is doubling capacity in the U.S. and Germany. The company houses its U.S> infrastructure at the SuperNAP in Las Vegas, so this announcement doubles as a win for them.

Today's pricing move will no doubt rekindle talks of commoditization of cloud. Based on Amazon's public pricing, ProfitBricks customers save at least 45 percent in a one-to-one comparison. For example, an Amazon M1 Medium instance with 1 core, 3.75GB of RAM and 250GB of block storage is $0.155 per hour or $111.40 per month. A similar instance on ProfitBricks costs $0.0856 per hour or $61.65 per month.

While the company was founded in 2010, its founders have been at the hosting and cloud game for many years, previously raising 1&1 to a top competitor. HP veteran Pete Johnson joined the Profitbricks team earlier this year. Johnson led HP's enterprise efforts and was a founding member of HP's public cloud team.

A typical event in the cloud world these past few years is that a market leader like Amazon shaves a few pennies off its price and the rest of the competitors either follow suit, or note that they’re already cheaper. Profitbricks has skipped a few chapters ahead here.

"It’s shadow boxing," said Gauger. (The price cuts) are going too slowly. We have to speed it up.”

The pricing will likely be attractive to CIOs and CTOs trying to justify the cost savings during this upcoming budget season. "It's always surprised me that companies can outgrow the public cloud,” said Gauger. “There is no real reason for that to happen other than price, and now we've removed that barrier as well."