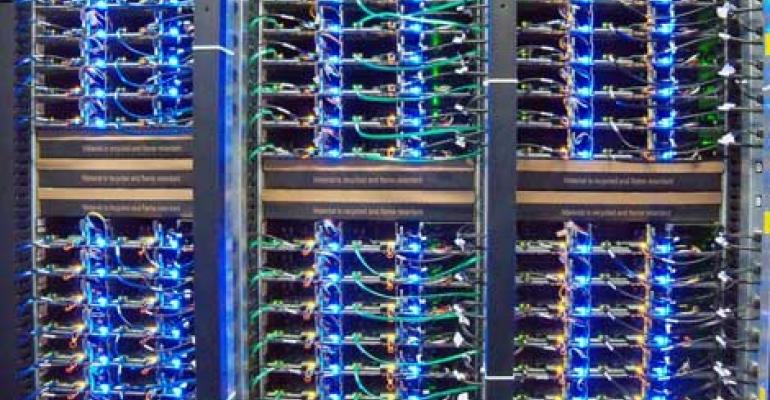 Should the OpenStack Community Embrace Amazon & Google? - In an open letter to the OpenStack community,Cloudscaling co-founder and CTO Randy Bias is making the case that OpenStack must embrace other public clouds rather than set themselves up as an open alternative to the mega-clouds. If the future is hybrid, he argues, OpenStack must play with the dominant public clouds.

Equinix Testing Fuel Cell for Use in Fire Suppression - Equinix has become the latest provider to test drive the use of fuel cells, installing a 100-kilowatt system to generate energy for its FR4 data center in Frankfurt, Germany, the company said. In a new wrinkle, the demonstration system is designed to also provide fire suppression by managing the oxygen level in the room, leaving enough oxygen for staff to breathe comfortably but not enough oxygen to support a fire.

Looking Beyond Linpack: New Supercomputing Benchmark in the Works - Has the performance metric used to rank the world’s top supercomputers become dated ? With so much emphasis and funding invested in the Top500 rankings, the 20-year old Linpack benchmark has come under scrutiny, with some in the community suggesting it needs to evolve. Now even University of Tennessee  professor Jack Dongarra, who helped found the Top500 list, believes it is time for a change.

Facebook’s Power Footprint Growing, Moving East - Facebook’s data center energy use grew 33 percent in 2012, as the company installed tens of thousands of servers in its new company-built data centers. The growth of the company’s power usage is disclosed in the company’s latest sustainability report, which also documents the company’s move to reduce its computing footprint in Silicon Valley, even as it boosts its reliance on leased space in northern Virginia.

Harvesting Big Data: How Farm Fields Boost Data Center Demand - Those fields of crops you drive past out in the country could be generating data center demand. PureSense, which provides “irrigation intelligence” for farmers to manage and automate irrigation systems to improve crop yields, is expanding its data center to accommodate 14 terabytes of data and 4 billion data records.