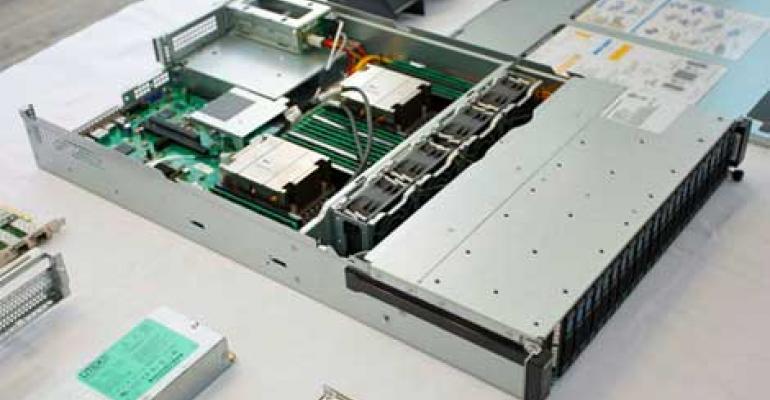 With its latest hardware refresh, fast-growing CDN CloudFlare has shifted from HP to custom servers built by Quanta, a Taiwanese company that has built servers for Facebook and Rackspace. 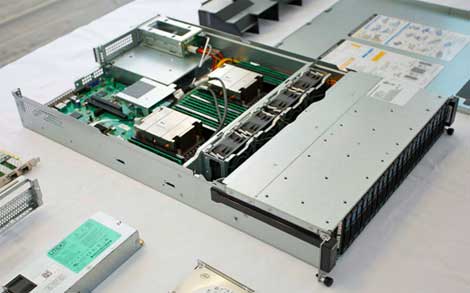 A look at one of the new CloudFlare G4 servers with the top off. (Photo: CloudFlare)

Content delivery and security specialist CloudFlare has been growing rapidly as it builds out a global network of data centers. The company has been working with HP to build its servers, but with its latest hardware refresh (known as G4) has opted for customized servers built by Quanta, a Taiwanese company that has built servers for Facebook and Rackspace.

CEO Matthew Prince provided an in-depth overview of CloudFlare's hardware development in a blog post today, reviewing its existing G3 servers and some of the way it has fine-tuned its G4 model to boost performance. The updates feature Intel SSD drives and SandyBridge Xeon 2630L processors, adjustments to caching, and a shift in network cards.

"The biggest change from our G3 to G4 servers was the jump from 1Gbps to 10Gbps network interfaces," Prince writes. "We ended up testing a very wide range of network cards, spending more time optimizing this component in the servers than any other. In the end, we settled on the network cards from a company called Solarflare. (It didn't hurt that their name was similar to ours.)

"Solarflare has traditionally focused on supplying extremely performant network cards for the high frequency trading industry. What we found was that their cards ran circles around everything else in the market: handling up to 16 million packets per second in our tests (at 60 bytes per packet, the typical size of a SYN packet in a SYN-flood attack), compared with the next best alternative topping out around 9M PPS. We ended up using the Solarflare SFC9020 in our G4 servers."