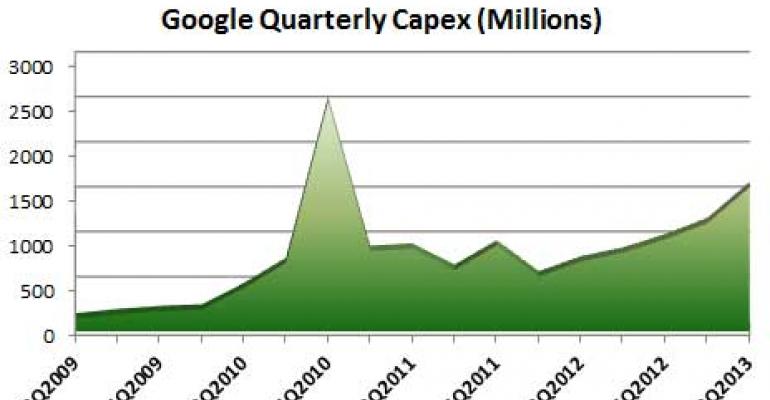 Google's extraordinary data center building boom continues to drive its spending, as the company invested a record $1.6 billion in its data centers in the second quarter of 2013. 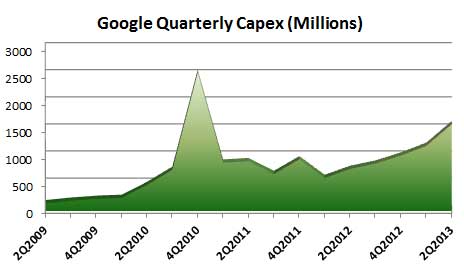 Google's extraordinary data center building boom continues to drive its spending, as the company invested a record $1.6 billion in its data centers in the second quarter of 2013. It marked the third consecutive quarter, Google spent more than $1 billion on data centers and servers, reflecting the company's latest wave of data center construction projects.

The capital expenditure (CapEx) numbers were disclosed Thursday in Google's earnings report for the second quarter, which ended on June 30. The Internet services giant fell short of Wall Street's expectations, amid tight scrutiny of its advertising performance.

While results may fluctuate from quarter to quarter, the need to invest in infrastructure continues apace. Google had pumped $1.2 billion into its server farms in the first three months of 2013, topping the $1.02 billion from the fourth quarter of 2012. The only time the company has spent more on capital expenditures was the fourth quarter of 2010, when it spent $2 billion purchase of 111 8th Avenue, primarily for its office space.