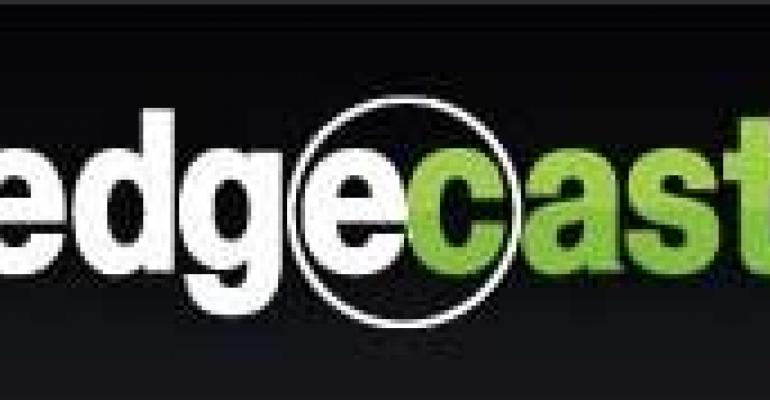 EdgeCast Raised a $54 million Series D led by Performance Equity Management. The company is putting that money into developing and launching new services that enhance its offerings and speed up content delivery.

Content delivery provider EdgeCast Networks has secured $54 million in new financing. The company will use the funding to develop and launch new web acceleration, routing and security services, strengthening its IP portfolio, as well as expanding its global network behind its content delivery network (CDN). Expect increases sales and marketing efforts as well.

The financing was led by Performance Equity Management (PEM), with participation from existing investors Menlo Ventures and Steamboat Ventures. The equity portion of the financing was augmented with a debt facility from Silicon Valley Bank.

CDN customers are deeply tied to their ability to deliver services quickly and reliably, so the new financing is good news for them, as it looks like the company has earmarked a significant chunk of it for improving its global network and enhancing its optimization offerings.

EdgeCast has been profitable for four consecutive years. The company added more than 2,000 customers in the past year, and it now has more than 6,000 accounts serving some of the world’s leading web brands. Companies that use EdgeCast include Twitter, Pinterest, Sony, and Hulu.

“Millions of people use EdgeCast every day – when they use Twitter, Pinterest, Tumblr, Hulu, or any other of the thousands of sites we accelerate worldwide,” said Alex Kazerani, EdgeCast Chairman and CEO. “We deliver more than 4 trillion digital items a month to almost every Internet user in the world. We are proud that our investment partners recognize our incredible performance and share our enthusiasm about our continued growth.”

“EdgeCast has set itself apart from the competition while continuing to grow dramatically year over year,” said James Tybur of PEM. “This impressive track record has firmly established the company as the top challenger in a rapidly growing market, and we are pleased to support the company’s strong growth.”

This investment will be used to fuel the company’s growth as it continues to focus on three key areas: performance, Quality & Reliability, and Security. The company has been somewhat disruptive in the CDN market.