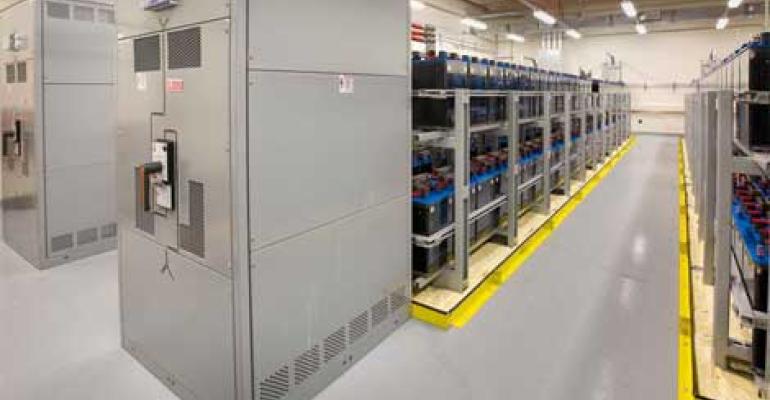 One of the battery rooms at ByteGrid&#8217;s MDC1 data center in suburban Maryland. (Image: ByteGrid)
Colocation

The Department of Labor will be consolidating its data centers at the BYTEGRID data center in Silver Spring, Maryland. This huge win for BYTEGRID comes via systems integrator Lockheed Martin. 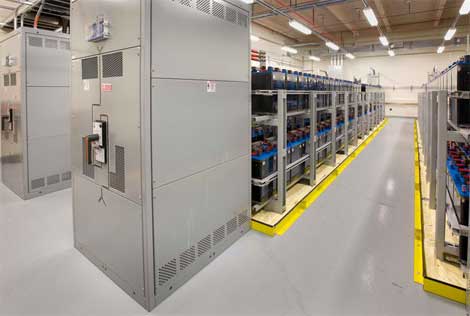 One of the battery rooms at BYTEGRID's data center in suburban Maryland. (Image: BYTEGRID)

The U.S. Department of Labor will be consolidating its data centers at the BYTEGRID data center in Silver Spring, Maryland. This huge win for BYTEGRID comes via systems integrator Lockheed Martin, which has been awarded a contract to transition and relocate the Department of Labor's data centers in metropolitan Washington, D.C. into BYTEGRID’s  facility. The agreement, known as an indefinite delivery/indefinite quantity (IDIQ) contract, is for seven years.

The Labor Department's migration is part of the Federal Data Center Consolidation Initiative (FDCCI), which plans to eliminate and/or consolidate 1,186 federal data centers by 2015, with a goal of saving $2.4 billion, according to the Office of Management and Budget (OMB). A rough history as well as progress was written up last November.

It’s hard to quantify how big a deal this is, but it's big. There is a dollar amount out there for the size of the overall contract of over $59 million. BYTEGRID is a big piece of that number.

The DOL selected the Lockheed Martin/BYTEGRID team for their abilities to provide a secure data center that meets the compliance standards for the National Institute of Standards and Technology (NIST) and Federal Information Security Management Act (FISMA). These services will allow DOL agencies the flexibility to grow and meet future functional needs with scalable dynamic computing capabilities such as managed hosting and cloud service technologies.

The carrier neutral facility is served by multiple telecommunications providers across diverse, redundant paths and is efficiently designed to provide BYTEGRID’s tenants an extremely competitive total cost of ownership. The 11-acre campus is entirely gated and integrates a full range of 24/7 physical and logical security features ranging from ballistic rated entrances and checkpoints to biometric registration and authorization systems.

The Department of Labor is consolidating to save money and operate in a more efficient environment. It will move some infrastructure to the cloud as well.

“The migration is happening over time,” said Parent. “A migration of any size is a huge undertaking. There’s a lot of anxiety between migrating ... it’s much more difficult than (deploying) a new platform. At a high level there are six to seven agencies within the department that will migrate over a period of time. It was a shared approach. The department identified shared resources from these six to seven agencies.”

“They’re creating savings and innovating by taking these agencies and moving together,” said BYTEGRID President Manny Mencia. Lockheed went out in early 2012 looking for a partner, and they selected BYTEGRID through a competitive process. BYTEGRID teamed on the RFP and we were awarded it in late third or early fourth quarter of 2012.

In addition to the big success in Maryland, BYTEGRID executives indicated there will be more news to follow “Over the next two years, we anticipate moving from planning to execution in a few new markets,” said Parent. “We’re positioned well inside – we’re busy in all existing markets.” The company recently announced Cleveland, and says it is seeing very healthy demand. “Enterprises locally never had a wholesale alternative,” said Mencia.