As IBM closes its acquisition of SoftLayer, the companies outline their synergies and highlight a recent win with a "born on the cloud" customer that represents the constituency IBM hopes to capture with the cloud deal. 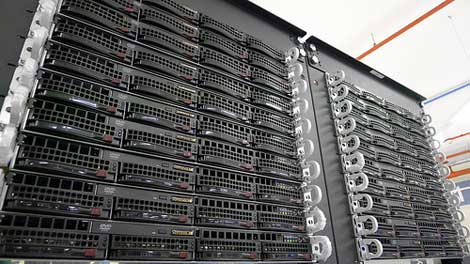 Lance Crosby knows about the power of new beginnings. In 2005, he and his fellow co-founders left The Planet to found SoftLayer Technologies, and focused on building a different kind of hosting provider. "When we started SoftLayer, the vision was to become the de facto platform of the Internet," said Crosby.

Today Crosby marks another new beginning, becoming part of IBM, which today closed its acquisition of SoftLayer. Crosby said teaming up with IBM is the latest step in a journey that has taken SoftLayer from a startup to a vital cog in the cloud ambitions of a global technology leader. "We went out and looked for partners that can accelerate what we could become," said Crosby today. "We chose IBM for this, as well as several other reasons such as data center locations, access to technology, and what has become really apparent the last few months, the people.”

SoftLayer and IBM have traditionally had very different types of customers. SoftLayer has a very internet-centric customer base, while IBM has an enterprise customer base. On a conference call today, the company sought to allay concerns that the acquisition would change SoftLayer’s strategy when it comes to smaller and/or Internet-centric companies.

“This is a tremendous company for us, a tremendous add to our portfolio,” said IBM Cloud Services General Manager Jim Comfort. “It compliments and extends our SmartCloud portfolio.”

Winning The 'Born on the Cloud' Companies

To emphasize that point, IBM cited a customer engagement, announcing that Flow Corporation has moved some of its services off another undisclosed public cloud provider (most likely Amazon Web Services) to the IBM SmartCloud. Flow is a new customer that reflects what IBM saw in the SoftLayer acquisition. Flow was “born-on-the-cloud,” meaning it’s one of the new breed of companies that have been enabled by the lower barriers to entry cloud computing presents.

IBM will try to retain SoftLayer’s strengths among these types of customers as well as the Fortune 500, is casting a wide net with its cloud offerings. “It’s a compelling platform for both enterprises and small businesses,” said IBM's Comfort, who said SoftLayer enables IBM to deliver the security, privacy and reliability of private clouds with the economy and speed of a public cloud.

Flow streams all types of data specifically to mobile devices. IBM will provide clients with integrated solutions based on Flow, the high performance SoftLayer technology and IBM SmartCloud. This streamed, integrated real-time data will enable clients to send and receive data from any mobile device that is integrated with enterprise data, thereby enabling the collaboration essential to a Social Business.

Flow is a real time platform for a real-time enterprise. It breaks down silos between applications. “You might have 20 applications on IBM cloud, and Flow helps bring a common data flow, a single workflow that sits in the cloud,” said Flow CEO Eric Alterman.

'The Problem was the Platform'

“We were having issues with our platform and no code optimization would solve it,” said Alterman. “The problem was with the platform. We began investigating alternatives.” The company uses SoftLayer for bare metal machines, and this solved their problem.

The company had been working with IBM’s cloud group in addition to looking for a new cloud provider, which ultimately ended up being SoftLayer. “We learned only very recently that SoftLayer was being acquired by IBM.” It was a coincidence that Flow had been in conversations and working with both companies prior to the SoftLayer acquisition. This customer win was highlighted to show the synergies between SoftLayer and IBM, with Flow an example of these synergies existing even prior to the acquisition.

“Everything is combined into a single, integrated offering. For us it’s a big deal, and a game changer for the industry,” said Alterman,. “It’s IBM, it’s SoftLayer, and it’s connected to all of these services.”

Flow Corporation moved to SoftLayer based on superior cloud latency. The win gives some indication on how IBM plans on differentiating in the cloud world, highlighting latency, which cannot be commoditized. Flow will integrate its real-time stream processing capability with IBM SmartCloud based on speed and performance of the SoftLayer technology platform.

Prior to acquisition, SoftLayer was famous for saying it wants its network within 40ms of everyone on the planet. A strong network has always been one of its points of pride, and this will continue, and strengthen, under the IBM umbrella.

IBM has made more than a dozen strategic acquisitions around cloud since 2007. IBM cloud revenue grew by 80 percent in 2012, and the company expects to reach $7 billion annually in cloud revenue by the end of 2015. The company known for completely revamping its business model several times throughout the '80s, '90s and '00s has done it again: IBM can safely be called a cloud company.