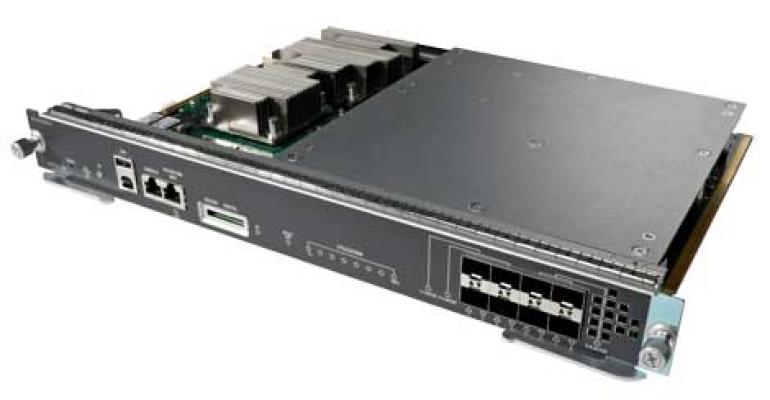 Taking care to nurture a dominant position in its routing and switching franchise while still evolving its products, Cisco (CSCO) launched a significant refresh to the the service provider and enterprise networking portfolio this week at Cisco Live. 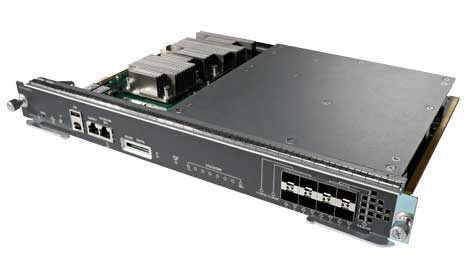 Taking care to nurture a dominant position in its routing and switching franchise while still evolving its products, Cisco launched a significant refresh to the the service provider and enterprise networking portfolio. At the annual Cisco Live event in Orlando Monday Cisco (CSCO) announced new and updated products for Catalyst switches and Integrated Services Router families. The event conversation can be followed on Twitter hashtag #clus.

Revitalizing and innovating on its decade old Catalyst 6500 switching family, Cisco announced the Catalyst 6800 backbone switching line. Fostering simplicity and investment protection, Cisco laid out its future of enterprise networking with several campus and branch additions that have backwards compatibility to the Catalyst 6500. The Catalyst 6807-XL  is a 7-slot, 10-rack modular chassis with up to 880 Gbps per slot capacity and 11.4TB per port switching capacity. It is optimized for 10/40/100 Gbps and designed for the next-generation campus backbone.

The Catalyst 6880-X is a 3-slot switch with 16 fixed 10 Gbps port Supervisor engine and four half slots for optional 10 Gbps or 40 Gbps line cards. The Catalyst 6800ia  simplifies campus network IT by virtually consolidating access switches across multiple locations into one extended switch, and includes all the feature richness of the Catalyst 6800 and 6500 switches for access networks.

“The network is more important than ever before in enabling the user experience in today’s applications. Network intelligence, simplicity and innovation will be the key factor in unlocking new business opportunities and competitive differentiation for our customers.” said Rob Soderbery, senior vice president and general manager, Cisco Enterprise Networking Group. “Today’s launch of the Catalyst 6800, Catalyst 4500 Supervisor 8E, ISR 4451-AX and ASR1000-AX demonstrate how Cisco’s Enterprise Network Architecture is delivering against these promises.”

Cisco ONE is Cisco’s portfolio that addresses software-defined networking (SDN) and, more broadly, incorporates programmability across the network infrastructure to enable innovation, investment protection and lower operating expenses. A key element of the Cisco ONE strategy is the onePK API toolkit, which allows developers to create networking applications that help business applications.

Cisco will support onePK across its entire enterprise routing and switching portfolio within the next 12 months, beginning with the ISR 4451-AX and ASR 1000-AX routers announced today, which will support onePK in the first quarter of 2014. his open API combined with the control services layer, allow application developers to view the network as a single entity, so they can write applications once and run them across multiple network environments whether wired or wireless, with consistent application performance.