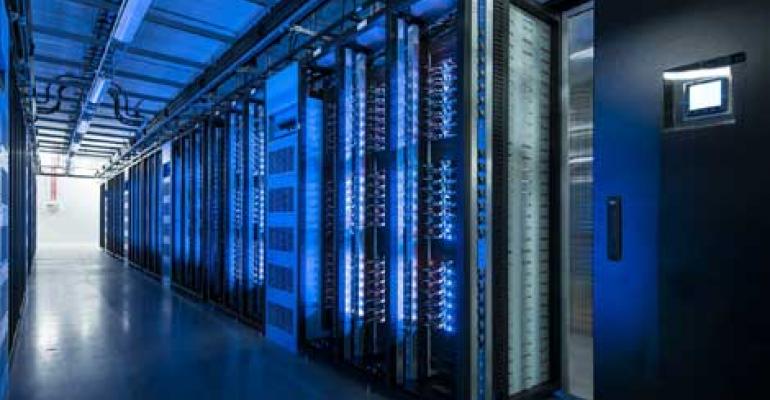 The Week in Review: More infrastructure for Facebook, Google and Telx; storm-proofing data centers for hurricanes and tornadoes, and a pause in the REIT conversion stampede while the IRS ponders whether data centers are real estate. 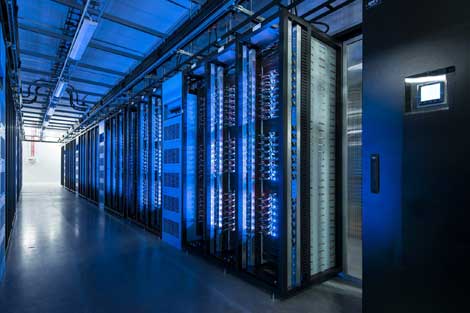 A look inside Facebook's new data center in Sweden. Blue lights are important in helping the servers look cool, as well as feeling cool. In the row at right, UPS units occupy the space between the “triplet” racks.(Photo: Facebook)

Live in Lulea: Facebook Goes Global and Gets Greener - Facebook has gone live in Lulea. The company’s huge new data center in Sweden is now handling traffic from around the world, marking the first expansion of Facebook’s infrastructure beyond the United States. The international presence reflects the changing nature of Facebook’s users base. About 79 percent of the company’s 1.11 billion users are outside the U.S. and Canada.

Against The Wind: Storm-Proofing Data Centers for Hurricanes & Tornadoes - How do you storm-proof your data center against increasingly fierce tornadoes, hurricanes, derechos and other windstorms? It’s a front-of-mind issue for the industry in the wake of a wave of powerful tornadoes and the first named storm of the 2013 hurricane season.

Google Plans Double Decker Design in the Dalles - Google is looking into expanding its data center presence in Oregon with a new two-story building at its campus in The Dalles. The company has filed plans with local officials to build a 164,000 square foot data center on its 37-acre property in The Dalles nestled alongside the Columbia River.

Telx Scales Out in NJ With First Greenfield Project - Telx has just completed the NJ3 data center, a $200 million greenfield project that marks a major expansion of its footprint in the greater New York market, where the company got its start. Building from the ground up allowed Telx to customize the 215,000 square foot building to the needs of the New York market, where demand is driven by financial services customers with exacting requirements.

IRS Review Puts REIT Conversions on Hold - Are data centers real estate? That question is being examined by the Internal Revenue Service (IRS) as it reviews its guidelines for real estate investment trusts (REITs). The agency has formed an internal working group to define its standards for REIT status, and will not approve any new applications for REIT status until the process is completed.