There are several ways to boost reliability and resiliency of emergency/backup power in the face of a utility power outage. One increasingly popular trend is to install advanced power monitoring and control capabilities that take advantage of reporting from a variety of computing devices, writes Bhavesh Patel of ASCO.

Reliability of emergency/backup power at data centers is vital. The true cost of data center downtime results not only from the length of an interruption in power itself, but also the length of time "business as usual" applications cannot be supported. The cost of sustained downtime can be very high, with the average cost coming in at upwards of $5,000+ per minute, which adds up very quickly to $300K an hour! And, in addition to the negative impact on clients' businesses, sustained downtime can also damage a data center's reputation as a service provider. 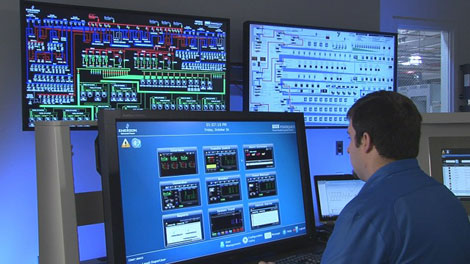 There are several ways to boost reliability and resiliency of emergency/backup power in the face of a utility power outage.

One increasingly popular trend is to install advanced power monitoring and control capabilities that take advantage of reporting from a variety of computing devices. Another is to take advantage of sophisticated power controls that complement or supplement a building management system (BMS) and data center information management (DCIM) in order to handle the volume and/or speed of information required for advanced critical power applications. A third is increased use of power quality analytics.

With respect to the first trend, a recent survey of facility executives, including management at data centers around the country, indicates a strong desire for more power monitoring and control information than they currently have. The most common monitoring applications that can help a data center defend against problems with emergency/backup power systems are generator status and transfer switch status, which 57 percent and 48 percent of surveyed executives, respectively, had in place and which 18 percent and 20 percent, respectively, noted that they do not have but would like to have. The same survey indicated that about 1/3 of respondents (34 percent) have the capability to monitor circuit breaker status but that an additional 23 percent of respondents don't have that ability but would like to, and that about one third (34 percent) have monitoring capability for power/energy trending but that 24 percent don't but would like to.

With respect to the second trend of taking advantage of more sophisticated power controls, this is coming to the surface at least partially because many products in use today for power control applications lack "best practices" features in areas such as monitoring, control, reporting, and power quality analytics.

As for the third trend, power quality analytics - which unlike traditional monitoring can analyze events that happen over just milliseconds - are the leading edge of power control technology. Smart-match power control applications can boost reliability of emergency/backup power systems and help a data center avoid any single point of failure of the primary electricity feed. When setting the applications up, a best practice is to use a dedicated critical power management system (CPMS) for power quality analytics to monitor, control and analyze the emergency power. A typical CPMS monitors and/or controls generators, transfer switches, static transfer switches, generator paralleling switchgear, UPS, loadbanks, bus bar, etc., using a CPMS display terminal.

A high-end system can include sophisticated power controls that, operating at very high speeds, have the capability to share or cache large amounts of data (such as wave form capture or transient harmonic displays) from one device to another without disrupting building functions. This is typically accomplished via standalone proprietary networks that feed essential data to a BMS or a DCIM system, or via vendor agreements to share vendor proprietary software-generated critical data, as long as the BMS and DCIM systems can handle the volume or speed of information. For data centers that do not have DCIM which can handle the lightning speed of data generated for analytics, it is key to ensure that DCIM is able to intelligently manage crucial data points for major issues.

Another extremely helpful function of power quality analytics is post-event troubleshooting, which can aid in determining why a facility lost a particular breaker that tripped the PDU and led to a chain of events that caused a switchover to the UPS. For example, possible reasons include an electrical spike, a short, or a floating ground. Lots of events occur within a very short time frame, often milliseconds.

The ability of power controls to send automatic alerts on system operation by email, pager, or system alarm to the BMS or DCIM is also helpful.

One trend that doesn't require a survey is the increase in frequency of severe weather events that have caused power outages. Taking advantage of available monitoring and control capabilities to match a data center's degree of tolerance for downtime is a smart, forward-thinking decision.