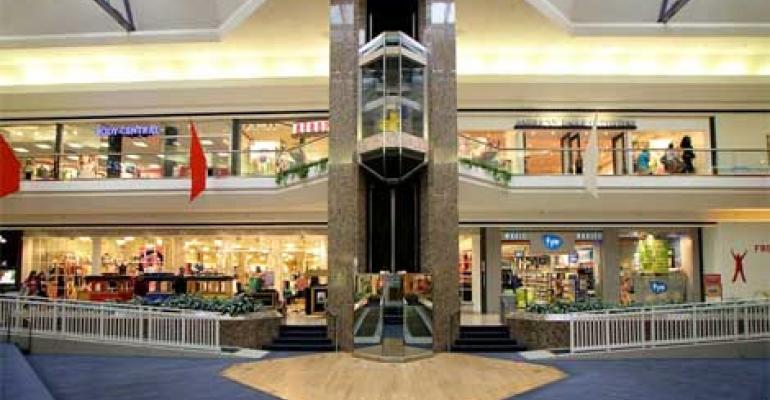 CyberNAP in Maryland was formerly a department store in a mall. Now, with the mall facing foreclosure, AiNET is looking to buy the property and turn it into much needed data center space. 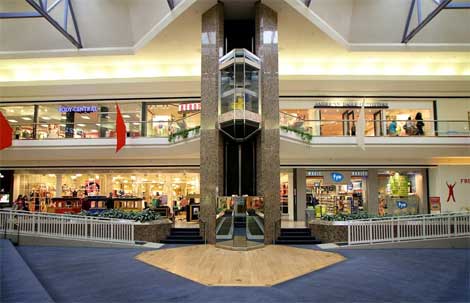 The interior of the Marley Station Mall, pictured above, may soon be filling with servers, if AiNET CEO Deepak Jain has his way. (Photo: The Woodmont Company)

After converting a former department store to a data center last year, AiNET has decided that it wants to buy the rest of the mall as well. The IT solution provider's CyberNAP data center is located in a  former Boscov's store at the Marley Station Mall in Glen Burnie, Md. AiNET CEO Deepak Jain said the demand for his company's services has been so strong that he wants to transform the rest of the failing mall into a data center.

Marley Station Mall is facing foreclosure after defaulting on a $115 million loan, and has been in decline for years. Jain believes the facility can be better used to house cybersecurity companies and service providers, and wants to turn the failing location into more than 1.5 million square feet of data center space.

"We are indeed interested in purchasing the rest of the mall, and are working in that direction," said Jain. "We have a number of carriers and other infrastructure related customers in CyberNAP. We are also working on some very large customer requirements on handling their build out and custom physical and cyber security needs."

The plan would keep the building intact and expand it for data center space. CyberNAP was formerly Boscov, a massive department store, which was turned into a 300,000 square foot data center with room for up to 10,000 server cabinets. Jain says demand is strong.

"We haven’t opened the facility to the public and are really expecting to fill the entire existing facility with just a few large customers," said Jain. "I can say that the demand from government and cybersecurity in general is through the roof."

A large part of that demand is from the U.S. Cyber Command Center, the National Security Agency and the Defense Information Systems Agency at Fort George G. Meade. The NSA has been in the news recently – you might have seen something controversial that we won’t get into because they’re probably listening - and is building out data center space like crazy.

There are still stores operating in the mall operating, but the plan means working with each merchant to assist a smooth transition. There are a lot of leases in that mall, with a lot of varying terms. Jain says AiNET is the only party interested in buying the mall.

There’s a debate going on in Glen Burnie. On one hand, a mall closing is bad for small businesses. However, there’s evidence that data centers are good for communities. They bring in more tech companies, more jobs, and create an industry. Here, AiNET's proposal could create an industry out of a failing mall that might otherwise have been an empty shell, a commerce ghost town.

The recent decision by Sears Holdings to market former Sears and Kmart stores for Internet infrastructure has highlighted the potential for shopping centers and malls to be converted to data centers.

There are some existing examples: a facility from a leading colocation firm at the MetroMall in Miami, an Expedient data center in the Allegany Mall near Pittsburgh, Lifeline Data Centers, which operates in the Eastgate Mall in Indianapolis. Rackspace turned a former mall into a headquarters.

Shopping is increasingly being done online. Black Friday statistics from a variety of folks that measure traffic show e-commerce growing every year, and every year more and more news about the struggles of brick and mortar stores comes out. Malls are a relatively safe place for teenagers to congregate; so the death of one no doubt makes some sad.

However, the reality is that “the mall” is no longer thriving. There are malls like Tyson’s Corner in Virginia that do just fine, if not great business – but these increasingly failing malls across the country mean large, vacant shells unless something is done. Data center design is getting more and more creative, and these malls are becoming cheap shells on sizeable tracks of land, which seem like a logical fit. The key variable will likely prove to be power, and whether retail centers have the capacity for a successful retrofit.

It might be tough for a community to see a place that they used to congregate at turn into a data center, not exactly a welcoming installation. However data centers are the lifeblood of the new economy. Data Center Knowledge will keep an eye out on Glen Burnie and bring developments as they come.