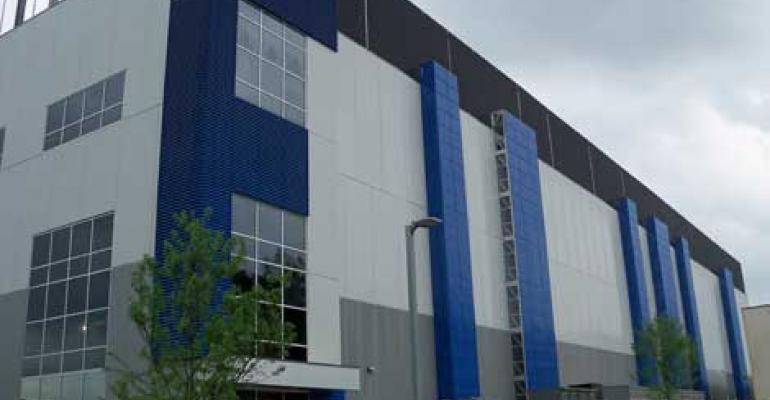 Telx Scales Out in NJ With First Greenfield Project

Telx has just completed the NJ3 data center, a $200 million greenfield project that marks a major expansion of its footprint in the greater New York market, where the company got its start. 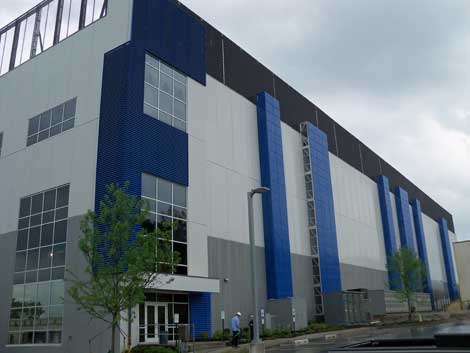 The new Telx NJR3 data center in Clifton, N.J. is the first facility that Telx has built from the ground up. (Photo: Rich Miller)

CLIFTON, N.J. - If you've lived in a lot of houses, you know what you like when you're ready for a new home. Telx has spent the last 13 years deploying colocation space in many of the nation's most prominent data center hubs. But it's never had the opportunity to build a new facility totally customized to its own needs.

Until now. Telx has just completed the NJ3 data center, a $200 million greenfield project that marks a major expansion of its footprint in the greater New York market, where the company got its start. Building from the ground up allowed Telx to customize the 215,000 square foot building to the needs of the New York market, where demand is driven by financial services customers with exacting requirements.

As it designed and built NJR3, Telx was able to incorporate its experience as a tenant with feedback from existing customers.

"Because we operate in carrier hotels and buy from wholesale providers, we can observe what works and what doesn't and implement the best practices," said Michael Terlizzi, Executive Vice President of Operations for Telx, who oversaw the Clifton project. "As part of our customer survey, we asked what they'd like us to do, and where they'd like to be. That guided us to what we've built here. This is all based on our customer demand and requests."

What customers are demanding, clearly, is security. In January Telx purchased its NJR2 data center building at 100 Delawanna in Clifton from Mountain Development Corp., along with the adjacent land that houses NJR3. Now that it controls the property, Telx has built perimeter fencing equipped with an anti-climb design and fiber optic intrusion detection system. Infrared cameras monitor the grounds and parking lots, while a vehicle barrier and multiple guard houses restrict entry to the site. Once inside the building, access is managed with biometric systems based on fingerprint or iris recognition.

The three-story design places mechanical and electrical infrastructure on the first floor, with data halls on the second and third floors. Each customer floor will house three data halls and one "CRAH gallery" to house air handlers.

One of the key advantages of the new building is that it will support higher power densities and larger customer footprints than previous Telx data centers, many of which were constrained by the limitations of multi-tenant skyscrapers in central business districts.

Telx has completed the first of six planned data halls, each encompassing 15,000 square feet of technical space and supported by 2.7 megawatts of power capacity. Air handlers for cooling reside in a separate "CRAH gallery" on each floor rather than within the data halls, allowing more space for cabinets. Each of the customer floors will feature three data halls and one CRAH gallery. 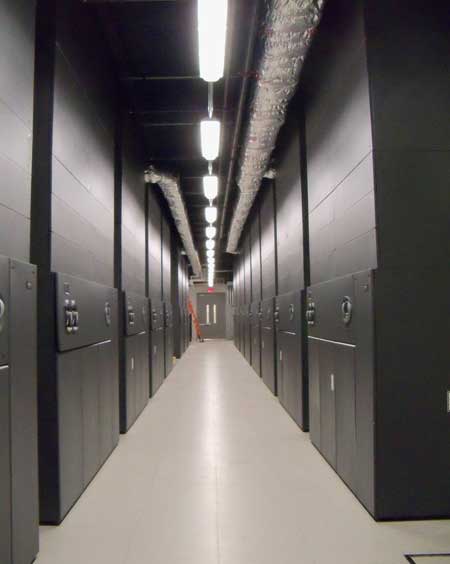 Telx designed the building to minimize roof penetrations and avoid having water pipes above the server space, so the chillers are housed on the rooftop, directly above the CRAH galleries.

The building is supported by two separate utility feeds, and features a 2N configuration for UPS equipment and N+1 redundancy for generators, with three 3-megawatt generators installed on the roof to support the first phase. Fiber enters the building through multiple conduits, providing connectivity from Zayo, Sidera, LightPath, FiberTech, Level 3, Verizon and XO Communications, among others.

That connectivity has always been a key piece of the business equation for Telx, which was once branded as "The Interconnection Company" (having since added "and Data Center). The company got its start providing interconnections at New York's major carrier hotels at 60 Hudson Street and 111 8th Avenue. Customers at the NJR3 facility will be able to connect smoothly with operations at those two sites, as well as the existing 211,000 square foot NJ2 site next door.

Telx believes it can offer an attractive pricing story in Clifton, especially for financial services firms.

"The Telx Clifton Campus was originally designed to be a lower TCO alternative to the typical Telx carrier hotels at 111 8th Avenue, 350 Cermak, and 60 Hudson Street," according to Shawn Kaplan, General Manager of Financial Services at Telx. "By leveraging LEED design criteria and highly efficient datacenter design techniques, Telx is able to hit a very aggressive price/performance ratio compared to the exchange colocation facilities. This efficiency in itself makes NJR3 an ideal location for back-testing engines, back-office systems, development and other trading support systems."

In the wake of Hurricane Sandy, Telx is also emphasizing NJR3's location outside the region's FEMA 500 year flood zone.

The new capacity comes online at a time when multiple providers are adding capacity in the market, with Digital Realty, Internap and CoreSite also bulding new facilities in northern New Jersey, and meaningful capacity available in central Jersey as well. 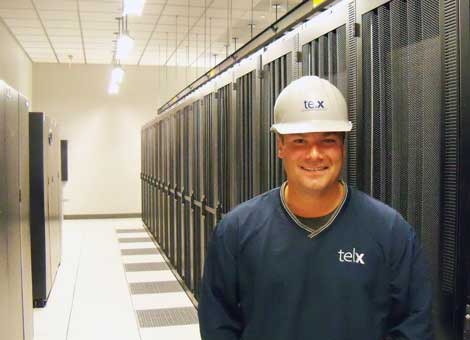