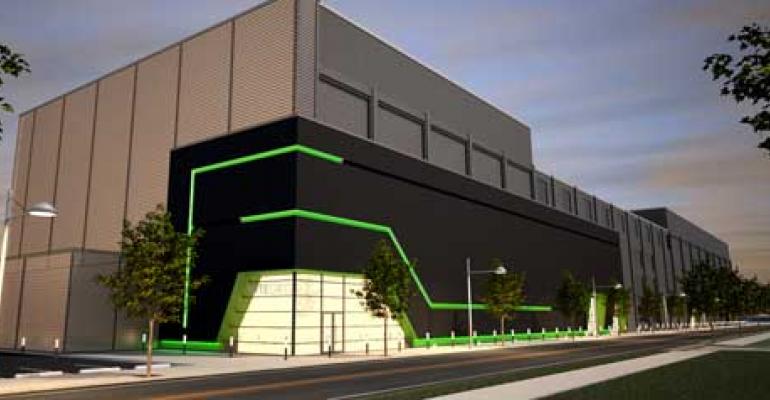 Wholesale provider BYTEGRID has picked up its third data center in what it believes to be an underserved market in Cleveland. The company has also landed a credit facility with KeyBank Real Estate Capital. 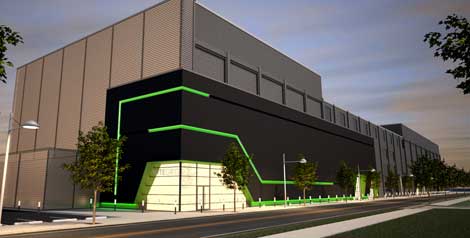 A rendering of the future look of BYTEGRID Cleveland, formerly the Cleveland Technology Center. (Image: BYTEGRID)

BYTEGRID believes there's big opportunity in the underserved Cleveland market. The company has acquired a massive data center building in Cleveland and has secured a $100 million revolving credit facility to continue its expansion, primarily in second-tier markets.

BYTEGRID, a wholesale data center specialist, has acquired the Cleveland Technology Center (CTC), a  333,215 square foot data center property sitting atop one of the larger fiber points of presence (POP) sites in Ohio. The property is supported by redundant 20 MVA power feeds from two separate utility substations, with access to additional capacity. Terms of the acquisition weren’t disclosed.

"In the facility, the tenant base has invested in its own infrastructure," said Ken Parent, CEO of BYTEGRID. "We’re going to go in and develop turnkey space. We’ll build it out in a phased approach, but we’ll deliver 4 megawatts initially which is a healthy amount to start with based on the demand we see there."

"Cleveland is a perfect match for BYTEGRID’s national expansion strategy focused on unleashing data center capacity in underserved areas of major markets," said Parent. "Vibrant business expansion and investment, along with market changing development projects, are taking place all around Cleveland’s CBD and midtown health-tech corridor. BYTEGRID plans to further improve and expand the CTC making it the primary provider of capacity and connectivity in Cleveland, as well as an ideal disaster recovery location for Midwest and East Coast markets such as Chicago and New York."

BYTEGRID looks for wholesale opportunities, seeking purpose-built data centers with existing anchor tenants that would benefit from upgrading and redevelopment. It seeks out markets that have some level of existing activity, as all three of its data centers were leased or had anchor tenants at the time of acquisition.

"We’re looking at a huge number of markets,” said Parent. "We’re scouring the world, literally. In this particular market, we wanted to be in the Midwest, but Chicago is pretty crowded. Cleveland popped up as a great opportunity."

Cleveland is a strategic location serving the Ohio corridor, bisecting major business centers of Chicago and New York. There are over one hundred Fortune 500 companies with operations in Cleveland, a limited amount of wholesale supply available, reliable, low cost commercial power, and strong connectivity all playing to BYTEGRID’s favor.

The company already has government customers in the building, and believes that enterprises and service providers are a great opportunity. The CTC is right by Cleveland’s "Healthcare Corridor," which is currently undergoing a major building boom with nearly $4 billion of real estate investment. The company is also expecting some disaster recovery customers "because we bisect NY and Chicago we expect a lot of DR activity from financials," said Parent. "Cleveland has a lot of technology companies, it is very business friendly. And we will provide the infrastructure to further enable these businesses."

Cleveland isn't yet a large data center market, but there are other players in town, most notably colocation provider 365 Main, which is based at the Sterling Building on the Euclid corridor.

The company is planning to acquire more properties this year in addition to the one in Cleveland, and the credit facility will go a long way towards funding those plans. The money will also help BYTEGRID promote leasing activity within current data centers and support the expansion of new, sellable space in current facilities. The company will also use it to fund technology, security and facility enhancements in each acquired facility to meet BYTEGRID standards for financial and compliant-grade data center infrastructure.

Late last year, BYTEGRID announced the acquisition of a 77,322 sq. ft. world-class, carrier neutral facility in Alpharetta, Georgia. “In Atlanta, the goal is to put another campus up to the one that’s fully occupied,” said Parent.

Prior to this, BYTEGRID expanded and enhanced its 214,000 square foot facility in Silver Spring, Md.  "We’ve had significant leasing activity in Silver Spring," said Parent.  “It’s a financial grade asset with a world class tenant. We’ve been extremely successful there, particularly on the government side. We’re doing extremely well there. We have a fair amount of power to go, but it’s going briskly.”