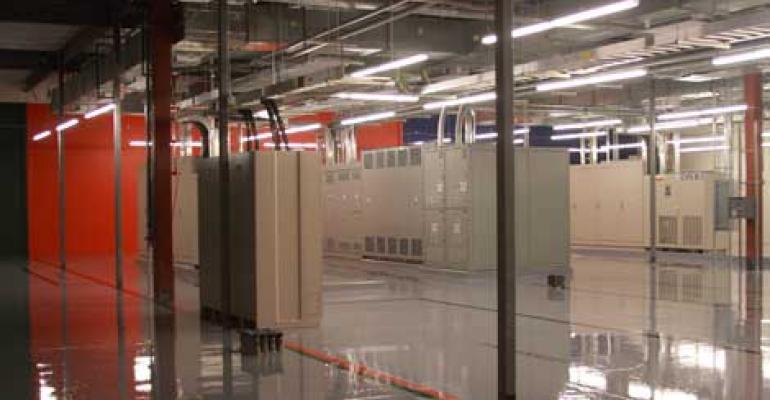 There's been lots of action in Minneapolis this year. Now ViaWest announces its intentions to build a 150,000 square foot facility there with an expected opening of Q1 2014.

A look at one of the power rooms inside the ViaWest Lone Mountain data center, a Tier IV in Las Vegas. ViaWest will build a similar Tier IV facility in Minneapolis. (Photo: ViaWest)

Minnesota has a chilly climate, but the data center industry is warming to its charms. Colocation provider ViaWest is going to build a Tier IV data center in Minneapolis, a market that has been heating up as of late. ViaWest evaluated several key markets before acquiring 28 acres of land, existing buildings and infrastructure in a Minneapolis suburb. The company expects to start construction of its 150,000 square foot facility in time to start accepting customers by the first quarter of 2014.

ViaWest said the expansion is a response to a strong appetite for its services. "Demand within our hybrid niche has continued to increase, and we have identified the Minneapolis region as a market in which our local approach to meeting customer needs with tailored solutions will be well-served," said Nancy Phillips, President and CEO, ViaWest. "Following the ViaWest blueprint, we plan to plant our flag in Minnesota, become a part of the community by hiring local technology talent and elevate business growth throughout the region."

There’s been a lot of activity in Minneapolis and surrounding suburbs as of late – it’s a key emerging market. Cologix is growing there, purchased the Minnesota Gateway located in the carrier hotel at 511 11th Avenue South. It gave the company 20,000 square feet in the most connected building in Minnesota. The 511 Building is a 270,000 square foot building adjacent to the Metrodome. DataBank acquired VeriSpace back in March, expanding beyond its primary Dallas footprint. Compass Datacenters received a 50% property tax abatement for a planned 89,000 square foot facility in Shakopee, Minn., and Digital Realty Trust acquired a fully leased facility in Eagan, Minn. in April as a sale-leaseback.