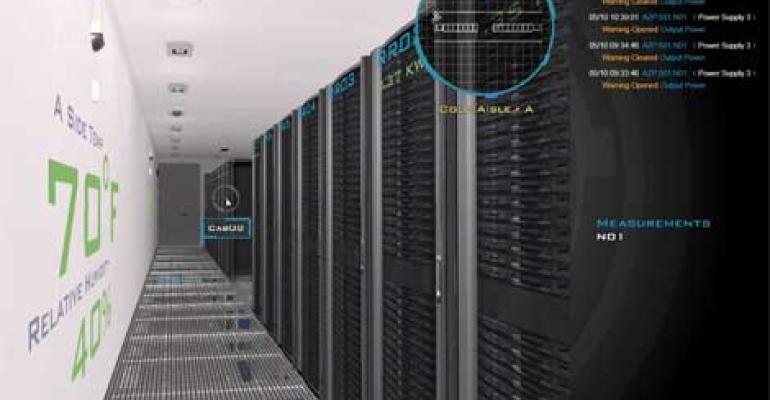 Ready or not, virtual reality is coming to the data center. IO this week demonstrated a new application that provides a 3D visual representation of a customer's data center environment, allowing them to "walk through" their data center. 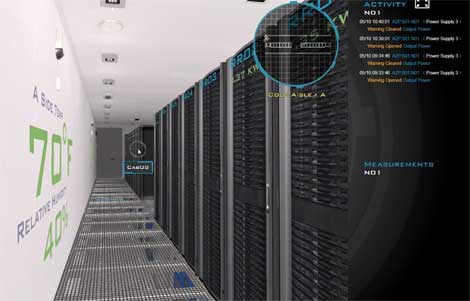 A look at some of the visuals provided by IO.Immersant, a new tool that provides a 3D "virtual reality" representation of a modular data center. (Image via IO).

Ready or not, virtual reality is coming to the data center. IO this week demonstrated a new application that provides a 3D visual representation of a customer's data center environment, allowing them to "walk through" their data center and check operating conditions, much as players in World of Warcraft explore Azeroth.

The technology was on display at IO's booth at The Uptime Symposium in Santa Clara, allowing expo visitors to go inside a 3D representation of an IO.Anywhere modular data center. The application, called IO.Immersant, draws real-time data from the company's IO.OS data center management software and creates a graphical version of the module, servers and cooling equipment.

"It's a gamification of the data center," said Kevin Malik,the CIO of IO and General Manager of IO Labs, the company's R&D division. "It renders (the data center) in real-time and allows you to walk through it like a first-person shooter. It reads from the database and displays the information virtually. This is bringing some glamour to the data center."

The visual display is created using libraries of images of the IO modules and equipment. About six months of development went into creating Immersant, which was built by IO's in-house team, including alumni of Pixar and Qualcomm. The version being demonstrated at Uptime featured a D400 module with 18 racks. The demo allowed user to walk into the module, which was housed 700 miles away in Phoenix, and see a real-time representation of the state of the module.

"If a valve is set at 30 degrees, Immersant will display it set to 30 degrees," said Malik. "The first challenge is getting people to believe it's not a video, and that it's based on real data."

It's one thing to move from spreadsheets to graphical software interfaces. But are data center managers and admins ready to hug their servers virtually? Or is this just a cool marketing tool to showcase IO's modular data center technology.

Malik believes that Immersant is the next step in making data centers relevant to customers, including executives and admins who have grown up in online worlds.

"We're skating where the puck is going," said Malik. "From a security and training perspective, we see this as the next generation of data center management. I think they're ready for this."

Here's a look at a brief video from Uptime showing the IO team demonstrating Immersant for attendees.