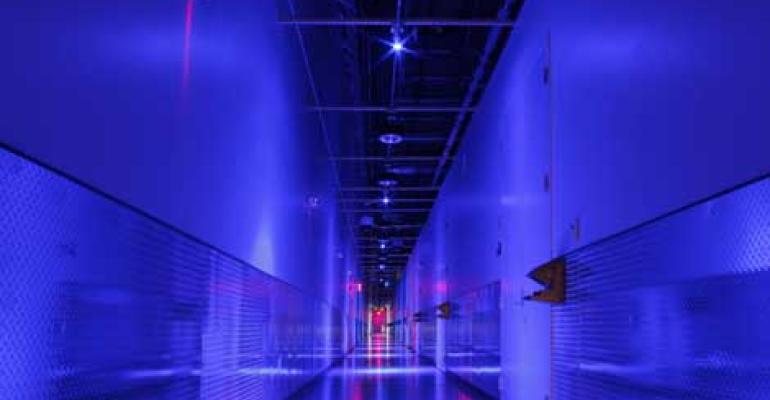 Equinix held an opening ceremony for DC11, the latest facility on its immense Washington, DC campus in Ashburn, Virginia. The new DC11 facility will support growing network traffic in Ashburn, which shows no signs of slowing as the integral East Coast network hub. 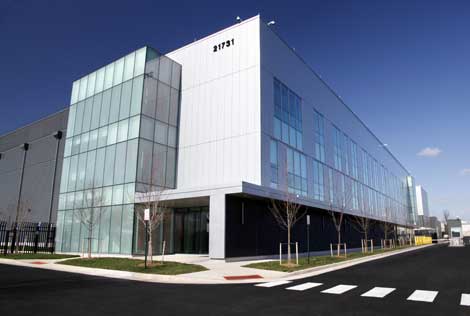 The new Equinix DC11 data center is the largest facility yet on the company's six-building primary campus in Ashburn, Virginia. (Photo: Equinix)

Equinix keeps growing in northern Virginia, expanding the largest Internet exchange in North America with the largest facility yet on an already immense campus. The new DC11 facility will support growing network traffic in Ashburn, which shows no signs of slowing as the integral East Coast network hub.

DC11 the company’s eighth facility in northern Virginia, and physically sits next to DC6 on the Equinix Ashburn campus. The 230,000 square foot facility has room for 120,000 square feet of colocation space, with the initial phase adding more than 42,000 square feet of space, enough for 1,200 cabinets. In terms of power, there’s 15 megawatts of critical potential.

DC11 is one of eight fiber-connected buildings on a single campus with more than 500,000 square feet of data center space. The DC11 project represents about $79 million in capital investment, another indication of the growing demand for data center space in northern Virginia.

Equinix is known for a distinctive look to their facilities, but data center design is evolving on a regular basis. The facility also includes flex space for business continuity and disaster recovery, as well as several amenities. The data center isn’t a cold, faceless entity anymore. It’s a community, and DC11 is the crown jewel in an already impressive cluster of buildings.

The facility employs overhead ducting rather than raised floor, as is the long-time practice at Equinix. It has state-of-the-art security meeting the most stringent requirements, including perimeter fencing around the entire campus, guard house with controlled parking entry, mantrap entry, biometric hand-reader access, 24x7 guards and recorded CCTV monitors throughout the facilities.

Equinix continues to see strong demand across a number of verticals, including cloud and IT content media and retail. As it is Ashburn, government is also a big vertical, and DC11 meets Federal Data Center Consolidation Initiative mandates for efficiency, as well as industry compliance frameworks such as HIPAA and PCI. DC11 offers access to the five leading providers of the GSA Networx Telecom services contract: AT&T, CenturyLink, Level 3 Communications, Sprint and Verizon.

Ashburn is the key East Coast data center market (along with New York Metro) and continues to see a flurry of activity. Ashburn is a key communications hub for heavily populated U.S. East Cost and European markets, with a high concentration of IT, telecommunications, biotech, federal government, and international organizations setting up shop in the area.

While many of the facilities being built are more focused on the wholesale sector of the data center market, Equinix is leading the pack in terms of retail colocation. That can be partially attributed to its connectivity story. The campus in Ashburn features more than 10,000 cross connects, over 900 networks and direct access to 90% of internet routes. Connections are available to more than 300 network carriers, 140 clout and IT service providers, and 100 content and digital media companies.

Equinix also has a thriving ecosystem of over 4,000 businesses in the Equinix marketplace. Equinix has over 95 data centers and over 7 million square feet of space worldwide.

How Colocation Providers are Positioning for Hybrid Cloud: Equinix
Apr 28, 2021