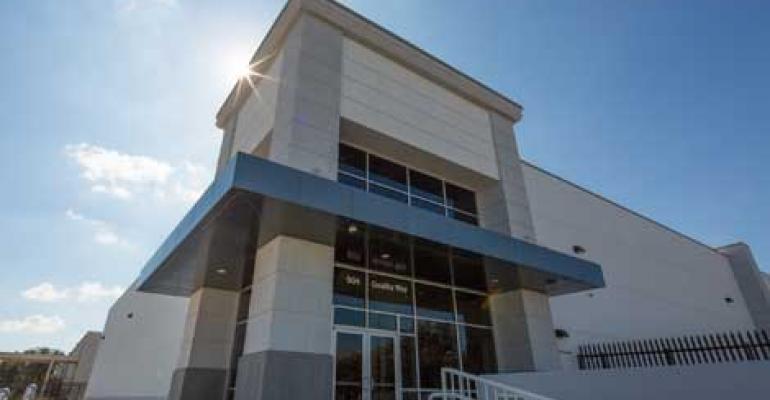 After filling 130,000 square feet of data center space in the former Federal Reserve building in downtown Dallas, DataBank is extending its model - first in the Dallas metroplex, and then in other second-tier markets around the US. 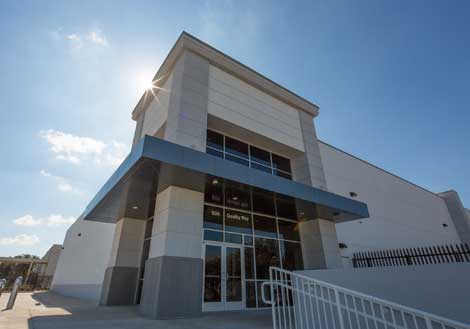 The exterior of the new DataBank North Dallas data center in Richardson, Texas, part of the company's plan to expand beyond its original site in the former Federal Reserve building in downtown Dallas. (Photo: DataBank)

With Backing From Avista, Expands in Richardson, Minneapolis

DALLAS - Housed deep below six floors of humming servers, the two-foot thick vault doors speak to an earlier era for the DataBank building, when it served as the main Federal Reserve Bank office in Dallas. The huge vault doors secured the entrance to the counting room - the place where enormous volumes of cash and coins were catalogued en route to storage in lower basements. Legend has it that the vault was used briefly as a holding area for Lee Harvey Oswald following the assassination of Pres. John F. Kennedy, which occurred several blocks from the building.

The Federal Reserve moved out in the 1990s, but the counting room lives on as a symbol of the building's new mission - serving as a digital fortress for high-value assets, but now housing data centers filled with servers and storage gear.

For the DataBank team, the building at 400 South Akard supports a business narrative for the 21st century, with a reputation for security and reliability built atop rock-solid infrastructure.

After eight years in which it has nearly filled 130,000 square feet of data center space in the original DataBank building, the company is extending its model - first in the Dallas metroplex, and then in other cities around the US.

This year the DataBank team has taken two steps to realize that vision, opening a new data center in Richardson, Texas and acquiring VeriSpace, a data center provider in St. Paul, Minnesota.

The expansion has been supported by a transaction last year in which private equity firm  Avista Capital acquired a majority interest in DataBank, which also sold the 400 South Akard Street property to Digital Realty Trust in a sale-leaseback transaction. Databank also leased a powered shell building from Digital Realty at its Digital Dallas campus in Richardson.

While Databank is looking to its future, the company's outlook is defined by the South Akard building and its characteristics. The structure was built between 1915 and 1920, and the Federal Reserve Bank opened its doors in 1921, operating at 400 South Akard for more than 70 years before the moving into a new home in the 1990s. The building was acquired by an investment group, and then sold to telco 360networks, which converted an entire floor to data center use before filing for bankruptcy.

In 2005, the new DataBank team acquired the building, having sold their previous company, LayerOne, to Switch and Data. The building's sturdy infrastructure, including generous floor loads and ceiling heights, provided an unusual opportunity to build the new economy in the footprint of the old.

"This building has the bones of a data center," said Tim Moore, the CEO of DataBank.

DataBank also has an unusually strong power story. On the reliability front, South Akard resides on an extremely resilient portion of the Dallas power grid known as the "700 network," according to Jerry Blair, co-founder and VP of Sales ar DataBank. .

"It’s a pretty unique story," said Blair. "It’s the highest priority grid in the (Dallas) metroplex. It really makes it a unique building. ONCOR (the local utility) has never lost power to the building in the 10 years since we bought it. We have never had to run on generator due to a utility loss."

That includes February of 2011, when many of the primary data center buildings in Dallas went to generator power to ride out a series of rolling brownouts implemented by ONCOR after frozen pipes from unusually cold weather shut down generating capacity of power plants.

Databank also has an unusual story on power capacity - namely that it has more power than space. The building currently uses just 4 megawatts of the 15 megawatts it has available, even though 85 percent of the floor space in buildings is filled. That means that DataBank can help tenants expand their power by increasing server density within their existing footprint.

"We spend a lot of time and energy working on containment technology," said Moore, who said the company recently consolidated one customer's gear in the oldest section of the building, boosting the tenant's average rack density from 2kW a rack to 8kW.

The Avista investment and the sale-leaseback deal provided capital for DataBank to pursue its growth strategy. “It’s been a very good partnership with Avista," said Blair. "They’ve been able to bring on some great talent."

The first step was to secure additional space in Dallas, as the available footprint at South Akard is now limited. Digital Realty was the right partner for its expansion, but the DataBank team also wanted to continue to use its resilient design as a differentiator - thus the decision to lease powered shell space and build out its own data center environment, rather than leasing turn-key wholesale suites from Digital. The Richardson (North Dallas) property opened last less month, sporting a 2N power design. The facility features color-coded power infrastructure and cabling to visually highlight the redundancy of its electrical infrastructure.

Having established itself in a competitive Tier I city, DataBank is now looking to export its model to other markets. The VeriSpace acquisition is an example.

“What we want to do is go to underserved markets," said Moore. "That’s where the supply and demand metrics are out of balance. What we bought (in St. Paul) is a beachhead.”

The vault back at South Akard can't be duplicated in other markets. But DataBank believes that by engineering for bank-level security and resiliency, it can can bring the vault mindset to new markets.

Continue and see a photo tour of DataBank's facilities.

Here's a photo tour of DataBank's facilities in downtown Dallas and Richardson, Texas. 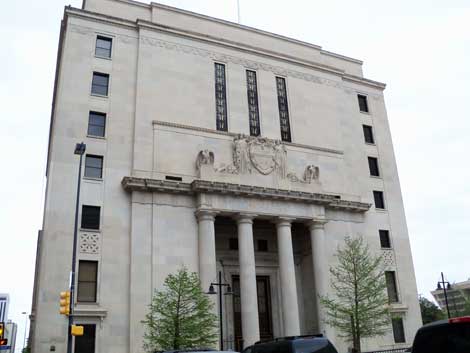 The iconic exterior of the former Federal Reserve Bank building in Dallas, which is now home to a data center complex for DataBank. Built in 1921, the building resides on a particularly reliable segment of the Dallas utility grid. (Photo: Rich Miller) 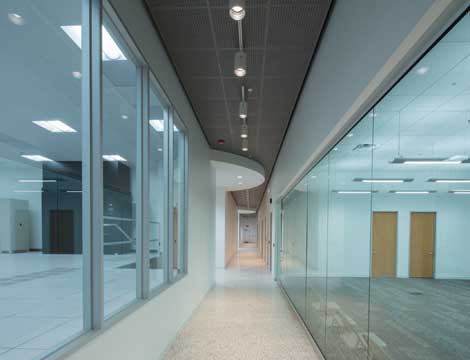 The interior of DataBank's new North Dallas data center, featuring a data hall on the left and office space and conference rooms on the right. (Photo: DataBank) 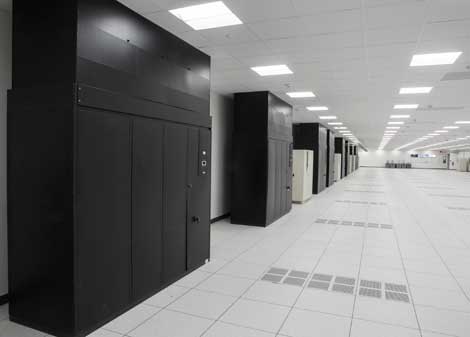 The air handler units at the perimeter of the new data hall in the North Dallas data center. The return ducts connect to an overhead return plenum. The air is then cooled and distributed via the three-foot raised floor. (Photo: DataBank) 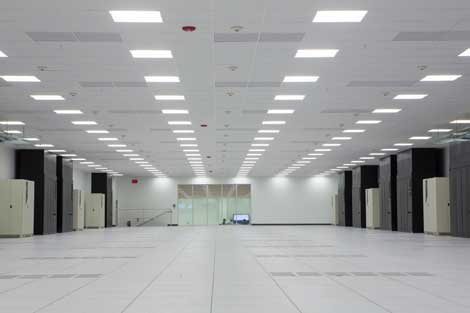