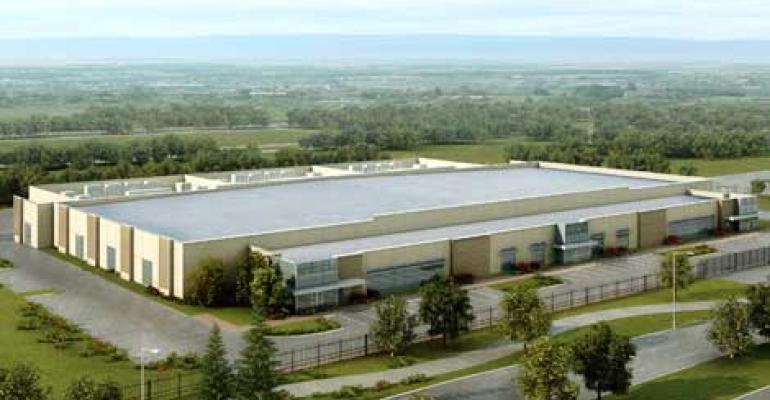 Stream Data Centers is expanding again, building a greenfield data center on land it has acquired in San Antonio. The company announced today it has acquired 9.6 acres of land in Westover Hills Business Park.

The data center will be a 75,840 square foot purpose-built facility that will initially deliver 2.25 MW of critical load power, with the ability to easily expand the critical load to 6.75 MW with all necessary conduit and pads in place. It is being divided into three private data center suites, each containing  10,000 square feet of raised floor space

"We are excited to build upon our previous success in San Antonio and start our latest project in the area," said Paul Moser, Co-Managing Partner of Stream Data Centers.  "San Antonio’s diverse mix of Fortune 1000 companies and their growing IT requirements is driving the need for more data center space in the city.  San Antonio is also attractive to out-of-region enterprise data center users due to its central US location, reliable infrastructure, and stable cost of electricity.” The company has witnessed the strength of the San Antonio market in the past, selling a previous project to a Fortune 100 company.

Stream will utilize its standard 2N electrical / N+1 mechanical configuration and the project will include dual feed power from two separate substations. Additionally, the carrier-neutral facility will include redundant telecommunication rooms serving each PDC Suite with access to the multiple fiber providers serving the site.

Stream strategically selected the site for this development in Westover Hills Business Park because it boasts high security and a robust fiber and power infrastructure. The site is in close proximity to other primary enterprise data centers occupied by Microsoft, Chevron, Lowe’s Corporation, Valero, Frost Bank, Christus Health and others.

San Antonio is one of the fastest growing oil & gas markets as a result of its proximity to Houston and attraction from large companies who are creating operational hubs in the city. It is also home to a large concentration of financial services, healthcare, and government related organizations. Microsoft can at least partially be credited for kicking off a strong San Antonio data center market way back in 2008, when it decided to build a mammoth data center there.

Stream has other data center developments in Dallas, Houston, Denver and Minneapolis. Stream Data Centers has a fourteen year track record of providing space for enterprise data center users including Apple, AT&T, The Home Depot, Chevron, Catholic Health Initiatives, Nokia and others.  During that time, Stream has acquired, developed and operated more than 1.5 million square feet of data center space in Texas, Colorado, Minnesota, and California representing more than 125 megawatts of power.