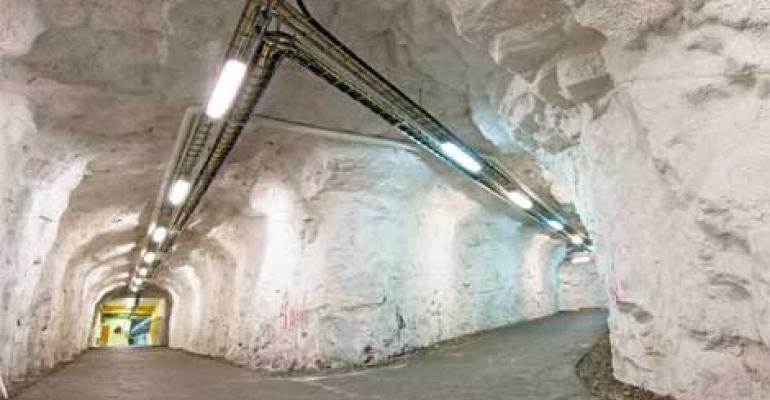 Land is never more dear than in global financial capital. Economic development officials in Hong Kong are pursuing an unusual solution: make more real estate by creating underground caves and bunkers that can be used as homes for new data centers. 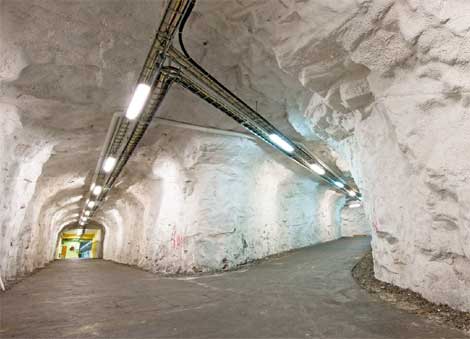 Subterrranean data centers - like Norway's Green Mountain project, pictured above - are being considered as a growth strategy for developers in Hong Kong.

"Buy land," goes an old saying in real estate. "They're not making any more of it." Land is never more dear than in global financial capitals, which is a challenge when seeking to create data center space to support the explosion of data generated within these business hubs.

That's why officials in Hong  Kong are pursuing an unusual solution: make more real estate by creating underground caves and bunkers that can be used as homes for new data centers. The Register reports on a presentation at an industry conference last week, where a Hong Kong real estate firm discussed plans to dig purpose-built caves to house servers.

"Rock cavern development can be done, and data center use is a particularly good one," said Hilary Cordell of real estate law firm Cordells."It’s on the government’s radar screen and it’s taking active steps but it’s not easy and some sites will be more suitable than others."r

It's not the first time developers have looked at subterranean options to solve big city challenges. Helsinki's "underground city" includes a data center for Academica, which ties into a district heating and cooling system. Several years ago the operators of an  underground parking garage in Chicago floated plans to convert the facility into a data center, an idea that has yet to advance very far.

In recent years a growing niche has evolved for underground “nuke-proof” data storage facilities housed in former military facilities, mines or limestone caves. These subterranean fortresses have strong appeal for tenants seeking ultra-secure hosting that will survive any eventuality – including a nuclear blast.

The notion of building down in crowded urban environments may have appeal to developers and economic development officials. But creating a cavern is not cheap, costing between $400,00 and $600,000 per meter, according to a feasibility study in Hong Kong, which examines underground development in other major metros. City officials are hoping this expense will be borne by private sector developers, but is looking at strategies to define the opportunity and support the effort.