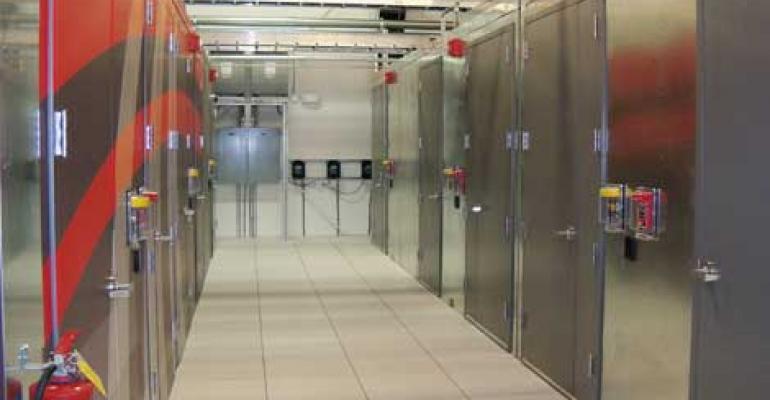 Bringing Colo to the Customer: Modular Gets Local

IO has created a modular data center for LexisNexis within a short drive of the company's global headquarters in Dayton, Ohio. 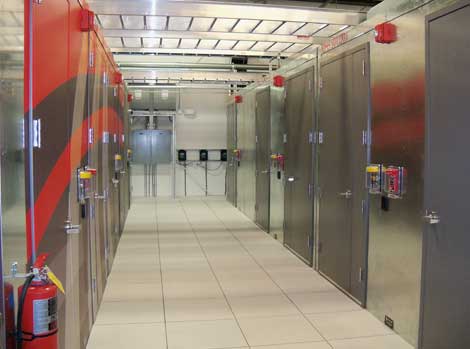 IO has created a modular data center for LexisNexis within a short drive of the company's global headquarters in Dayton, Ohio. (Photo: Rich Miller)

DAYTON, Ohio - Colo has come to the customer. In a business park just minutes from its global headquarters, LexisNexis is housing racks of IT gear inside factory-built data center modules from IO. It's an example of a new paradigm for enterprise data centers, in which pre-fabricated designs can create resilient Tier III facilities within 120 days at any location a customer chooses.

LexisNexis, an information service provider for the legal profession, is the prototype customer for IO's on-site offering for enterprise customers. IO has built a data center on LexisNexis' doorstep in Springboro, Ohio, a suburb of Dayton, where the company has already deployed two double-wide D2 modules,housing 400 kilowatts of IT load.

This new facility is filled with modular data centers, steel enclosures which are about 42 feet in length and can house up to 50 racks of IT gear. Dubbed "IO.Anywhere," the modules are built in a factory in Phoenix and can be shipped virtually anywhere by truck, rail or plane. IO has developed modules for networking gear and power and cooling equipment, allowing customers to create all components of a modern data center.

IO shifted to a modular design in 2010, and until now has housed its customers in a pair of massive "modular colo" facilities the company has built in Phoenix and New Jersey.  The IO Ohio facility represents the next phase in its vision, opening up new possibilities in site selection that could gradually alter the enterprise data center landscape.

IO and other modular providers say these designs provide a cheaper and faster way to deploy data center capacity. They also offer a predictable, repeatable design that can standardize many aspects of expanding data center capacity. That's attractive to a growing list of enterprise customers, including LexisNexis, which is using IO's "Data Center as a Service" program .

"This is a much better way to do it," said David Short, Senior Project Manager for LexisNexis, a division of Reed Elsevier. "We've got to get to a point where we can control our operations and control our costs."

In addition to housing its IT gear, the 46,000 square foot Dayton facility includes offices for LexisNexis, which will soon build a networking operations center (NOC) at the site to manage its global data center footprint.

Over time, LexisNexis will add another 400 kW of capacity, while IO will fill the remainder of the 26,000 square foot data area with modules housing its own colocation customers. This offers a "best of both worlds" relationship - Lexis-Nexis gets a dedicated, energy-efficient infrastructure that can be built in phases, while IO gets a marquee anchor tenant to support the facility, as well as the ability to generate revenue from its own customers.

More "Anywhere" Projects in the Works

The Dayton facility is IO's first public construction project at a customer-selected site, but there are already more in the works. IO is creating modular data centers for investment bank Goldman Sachs in the United States, the UK and Singapore. And last week's announcement that IO has won a $17.5 million contract with the Securities and Exchange Commission could mean a future presence for IO in the Washington D.C. market.

LexisNexis is a long-time IO customer, starting out in traditional raised-floor data center space in IO's first project in Scottsdale, Arizona. The company provides managed hosting and business continuity services for  law firms, helping them safeguard their intellectual property. The Dayton facility will consolidate LexisNexis customer gear that previously was housed in a facility in Columbus, Ohio.

Short said the switch from a traditional data center to a modular deployment wasn't a major stumbling block for LexisNexis' customers. "It's an education process for our customers," said Short. "As soon as they walk in and see it, they get a comfort level."

The IO. Anywhere modules are among a new generation of customized container-based designs that resemble a traditional data center. To provide visual continuity, the module design incorporates a raised floor, which isn’t essential but provides a familiar look and feel for users.

Efficiency is a major selling point for the IO modular solution, along with its flexibility and repeatable design. The enclosed environment functions like a containment system, allowing greater control over cooling airflow. The modules create a consistent environment that allows LexisNexis to customize its configuration "inside the box," an important consideration for service providers.

"We were able to design a power distribution system that allows us to install two to five cabinets at a time," said Short. "That flexibility is important."

IO began retrofitting the space last  July, and LexisNexis was able to begin moving in by early November.

"We were able to bring IO Ohio online in less than 90 days, demonstrating the technology's ability to deliver data center capacity where and when it's needed to meet the growing demands of customers," said Rick Crutchley, Senior Vice President of Global DCaaS Sales for IO. "We're proud to continue our relationship with LexisNexis as they adopt a Data Center 2.0 strategy for their IT operation in Ohio."

Lexis-Nexis is also using the IO.OS software to manage its infrastructure in Dayton. With a growing number of companies providing modular and factory-built data center products, IO sees its data center management software as a differentiator as more companies enter the market for modular enclosures.

The industry debate about modular data centers will continue, as some continue to question the economics and breadth of use cases for modular designs. The IO Dayton facility provides a real-world example of the potential for local deployments, adding another data point to the discussion as IO continues to make its case, one customer at a time. 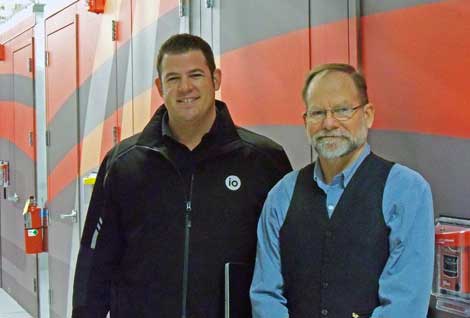 For more photos of the facility, continue to page 2. 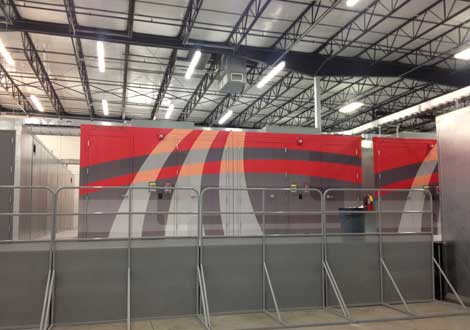 The LexisNexis modules are customized with the company's colors and "swoop" logo. (Photo: LexisNexis) 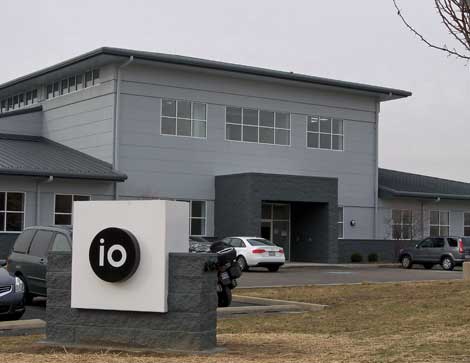 The IO Ohio facility was an old Leather Gallery building that has been retrofitted to house data center modules, which are installed through a loading dock. (Photo: Rich Miller) 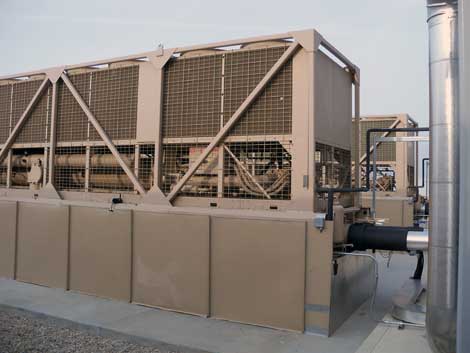 The data center is supported by a pair of 1,200 ton chiller units. (Photo: Rich Miller) 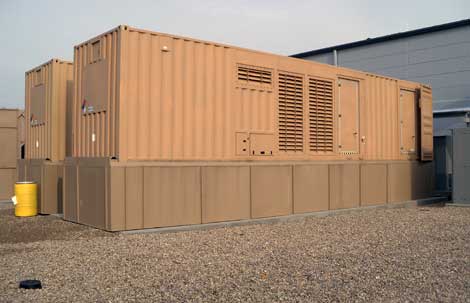