The Week in Review: Hotmail's servers get overheated, how Sandy has altered data center DR planning, marquee suitors for SoftLayer, Equinix expands in Seattle, and a look the next frontier for virtualization in the data center. 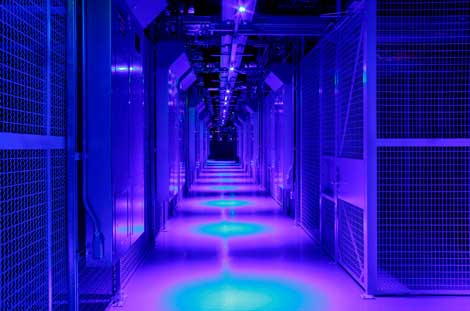 Heat Spike in Data Center Caused Hotmail Outage - The Hotmail servers got entirely too hot Tuesday, causing a major outage for Microsoft’s web-based email services. Both Hotmail and Outlook.com were offline for up to 16 hours after a failed software update caused the heat to spike in one part of a data center supporting those services. The outage also affected the Skydrive cloud storage service.

How Sandy Has Altered Data Center Disaster Planning - The scope of Superstorm Sandy has altered disaster planning for many data centers, which now must consider how to manage regional events in which travel may be limited across large areas due to fallen trees and gasoline shortages, restricting the movement of staff and supplies. A panel at DCD also raised tough questions about New York’s ability to improve its power infrastructure, as well as the role of city policies governing the placement of diesel fuel storage tanks and electrical switchgear.

Report: IBM, EMC Among Suitors for SoftLayer - Are we on the brink of another intense flurry of cloud hosting acquisitions? Reuters is reporting that tech titans IBM and EMC are bidding to acquire SoftLayer Technologies, one of the world’s largest hosting and cloud service providers. The news service doesn’t name its sources, but projects that a sale could fetch more than $2 billion.

Former Parking Deck Now Equinix's Newest Seattle Facility - A former parking garage in Seattle next to the Westin Building is now the newest Equinix data center. The new facility demonstrates Seattle’s growth as a data center market, and as an important gateway to the Asia-Pacific market.