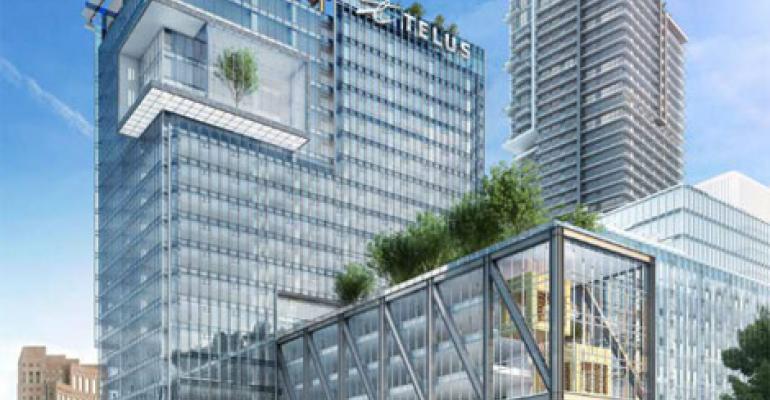 Telus Warms Condos With Heat From Its Servers

<img src="/sites/datacenterknowledge.com/files/wp-content/uploads/2013/03/telus-garden.jpg" width="470" height="385" /> One of the latest design trends is using waste heat from a data center hot aisle in a district heating system for an office building. Canada’s Telus Corp. provides the latest example of this, tapping waste heat from its data center in Vancouver to power heating and cooling systems of its adjacent $750 million Telus Garden development. 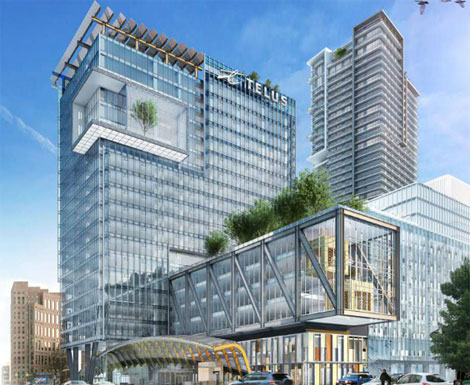 Offices and condos in the Telus Garden mixed-use complex in Vancouver will be warmed by a district heating system fed by the hot aisles in an adjacent Telus data center. (Photo: Telus)

For every knock at data center energy waste, there’s two examples of innovative thinking and recycling going on. One of the latest design trends is using waste heat from a data center hot aisle in a district heating system for nearby offices and condos. Canada’s Telus Corp. provides the latest example of this, tapping waste heat from its data center in Vancouver  to power heating and cooling systems of its adjacent $750 million mixed-use Telus Garden development.

FortisBC will operate a regulated utility within Telus Garden, in partnership with Telus and Westbank, creating a District Energy System (DES).

"The TELUS Garden District Energy System represents a shift in how we think about and utilize energy," said Andrea Goertz, senior vice-present of TELUS Strategic Initiatives and Communications. "By recovering energy that would normally be lost and putting it to good use, we are innovating through design to create one of the most environmentally-friendly urban communities in North America."

Provides 80 Percent of Energy for Tower

Waste heat from the data center and the cooling system of Telus’ Robson Street headquarters will provide 80 percent of the energy needed to heat and cool the development’s one million square feet of space, and  heat domestic hot water for both of its towers on top of that. Capturing and recycling the waste heat will help reduce carbon dioxide emissions by one million kilograms a year.

"Our collaboration with Westbank and TELUS is an example of the innovation and energy savings available to customers using district energy systems,” said Doug Stout, vice-president of Energy Solutions and External Relations for FortisBC, which is featured in a video presentation about the DES.

The DES will help to reduce overall energy use and protect residents and employers from rising energy costs in the future. The British Columbia Utilities Commission has approved the construction of the TELUS DES system by the partnership, and for FortisBC to own and operate the energy system once commissioned.

This is one of the first systems in Vancouver to use waste heat from a neighboring site to heat and cool a new development. But it isn’t the first worldwide.

Interested in getting in on this heat recycling love fest? Check out DCK’s Guide to HeatRrecycling.