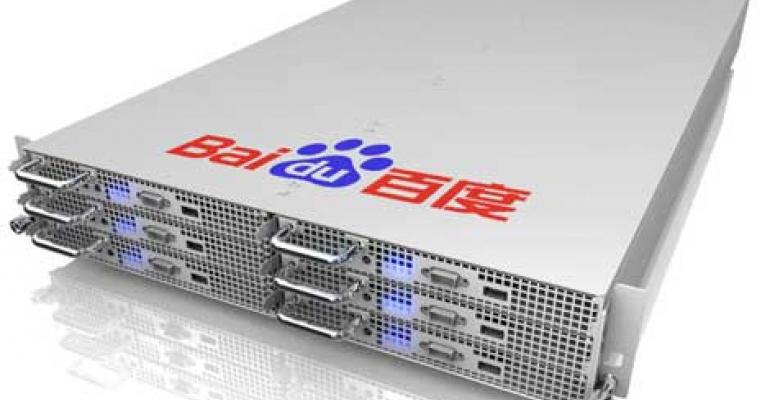 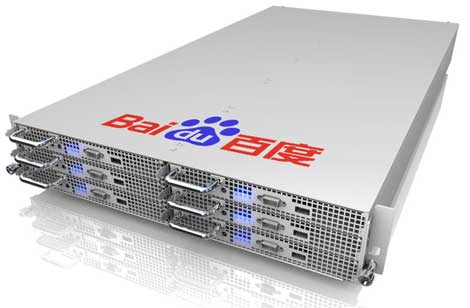 A look at the new Baidu Cloud server, powered by ARM chipsets from Marvell. (Photo: Marvell)

There's been lots of buzz about adapting the ARM chips that power iPhones and iPads into servers, but few examples of these processors being used in production. Here's one: Marvell (MRVL) said this week that its chipset is included in the first commercial deployment of ARM-based servers at Chinese search engine giant Baidu.

Baidu, which is one of China's largest Internet companies, will use Marvell's implementation of ARM in its ARMADA XP CPU server SoC (System on Chip) in its Baidu Cloud storage application. The new servers will help slash power usage across Baidu's growing server footprint, which has prompted the company to focus on energy efficiency and sustainability.

Baidu has customized its ARM servers to work with its cloud storage requirements and is using the complete Marvell platform solution of quad core ARM-based ARMADA XP SoC products, including its CPU, storage controller, and a 10Gb Ethernet switch. In addition, Marvell has incorporated its low-power Ethernet physical layer (PHY) transceivers. The ARMADA XP chipset is at the core of Dell's "Copper" ARM server as well.

"Marvell is proud that both our passion to drive breakthrough technology and innovation and our vision to make an early investment in ARM more than a decade ago has led to this important milestone of becoming the first semiconductor company in the world to commercially launch an end-to-end SoC platform that supports a new era of server demands in the modern data center,” said Ramesh Sivakolundu, vice president, Cloud Services and Infrastructure Business Unit, Marvell.

“Based on the ARM architecture and combined with our dedicated engineering, the Marvell server SoC is unique in its ability to deliver the low power consumption, high storage and computer density that can help companies cost-effectively support a new era of cloud- and Web-based services," Sivakolundu continued. "The Baidu implementation brings Marvell’s vision for ARM architecture full circle.”