A year ago, Emil Sayegh took the reins as CEO at <strong>Codero</strong>, a dedicated hosting provider that had pretty flat growth at the time. After a year of adding talent and expanding the product portfolio, the company has returned to a year-over-year growth of better than 20 percent, and is set to expand its infrastructure. 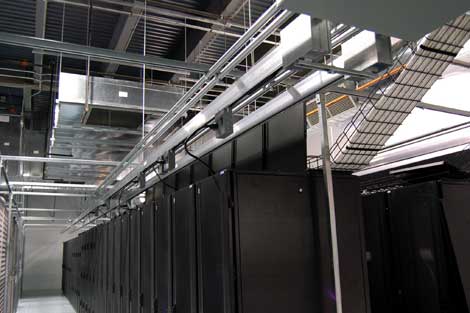 A look at the cabinets inside a data center operated by Codero, a growing hosting provider. (Photo: Codero)

A year ago, Emil Sayegh took the reins as CEO at Codero, a dedicated hosting provider that had pretty flat growth at the time. After a year of adding talent and expanding the product portfolio, the company has returned to a year-over-year growth of better than 20 percent, and is set to expand its infrastructure.

The company was founded in 1992 as an IT equipment value-added reseller (VAR). Four years later, the company repositioned as Aplus.net, a provider of Internet access, domain name registration, and hosting services. In 2006 it was purchased by Catalyst Investors. The company divested its shared hosting and domain name businesses in a sale to Hostopia (Deluxe Corp) in 2009, rebranding as Codero and shifting its focus to dedicated and managed hosting.

There was a sequence of three CEOs that came on board after the rebranding. Customer satisfaction was always very high and Codero developed an automated platform that was quite unique early on.  But the company didn't really begin to hit its stride until last year, when it started to see notable growth.

“We’ve added some really good people,” said Sayegh. “We just hired some of the top networking experts in the industry, bolstering the networking team. It’s the reason we’ve had great uptime. You need to have a good networking architect. From an uptime perspective, we’ve differentiated ourselves by constantly holding ourselves to the highest standards. 100% uptime guaranteed, plus we mean it.”

100 percent uptime? Website monitoring company Pingoscope tracks hosting provider performance throughout the year. Codero clocked in at 99.99517% uptime, having a single 7 minute outage, and was at the top of the list.

The company continues to improve its automation and cloud offerings. Sayegh says hiring Chandler Vaughn as senior VP of products was instrumental. "He’s an industry expert who knows cloud like no other,” said Sayegh said.  Vaughn was a major part of hosting strategies at Rackspace and Sungard, and also headed the cloud computing institute at the University of Texas before joining Codero in September. “We’ve made tremendous progress with cloud and automation since,” said Sayegh.

The company also opened an office in Austin, Texas in 2012. “Opening an office in Austin enabled us to get a completely different pool of talent," said Sayegh. "Before we were limited to Kansas City and Phoenix. Austin is becoming a good place for hosting talent.”

"We’ve added several new products: smart servers, a virtual dedicated offering," said Sayegh. "We added private cloud that we branded micro-cloud.” Adding these pieces as a compliment to its bread and butter dedicated hosting has been a boon for the company.

”It’s all on one interface, on one data center software platform – true on-demand hybrid, ” said Sayegh. Customers can provision hybrid infrastructures and the network in front of it, all on demand and by the hour.  Smart servers take less than 20 minutes. They’re cloud-like, but operating systems take some time to configure. A truly dedicated server without a hypervisor takes around 1 hour.  Completely custom-built servers take around 4 hours to provision, down from the days where it used to take, well, days to get a dedicated server.

From a pure growth rate, public and private micro cloud and smart servers are growing because they come from a smaller base. Micro cloud is the private cloud offering, which the company unveiled just last December.

“MicroCloud offers customers the flexibility of cloud computing in private, with 100 percent dedicated hardware," said Vaughn. "Our goal at Codero is to enable customers to leverage the best of both virtualized and dedicated servers so that they can place their workloads on preferred platforms, all with the reliability and exceptional service Codero is known for.”

The company also has a loyalty program that’s different from the industry norm. Think of a corporate rewards program – customers earn points, and as they earn points with, they can use them for a variety of things like migrations, upgrades, or even t-shirts. It adds a bit of customer stickiness.

An expanded product portfolio means Codero is now landing bigger fish looking for hybrid solutions. The top verticals it targets are IT services, gaming, non-profits, resellers, and online retail services. Though it’s not its bread and butter, Codero is now attracting some Fortune 500 customers as well.

Codero now has about 4,000 business customers. “The vast majority of our customers are multi-server customers,” said Sayegh. “Even those single server deals are upgrading in the next six months to multi-device, multi-server. We have one of the lowest churns in the industry. Average customer life is about 3.5 years and we get very high customer satisfaction ratings”

Codero has 3 data centers in Chicago, Phoenix and Ashburn, the newest location, which was added in 2012. These facilities are fully Tier III compliant, SSAE 16 Certified; SOC 2 Type II & SOC 3 Audited.

The company has been hinting of going into Europe, and indicates it will most likely enter Amsterdam next. The company echoed a reccurring sentiment in the hosting industry as to why Amsterdam continues to be attractive to hosting providers: it’s easier to do business there than the UK, has excellent connectivity, and the costs are very good comparatively. The company will hit Europe around the midpoint of 2013.

The next US site will most likely be in Dallas. It’s a hotbed of data center activity and just makes sense.  There’s no target for the next US site yet.

“We have a vision for the company; we believe it’s a pretty differentiated vision in terms of our product offering,” said Sayegh. “One of the inhibitors of cloud adoption is the fact that there’s no cloud hybrid solution that meets all needs. (Cusomers) go out there, and then go back to doing just dedicated when it doesn’t meet their needs. So the ability to do it all in one network will enable those folks that had their reservations to do it all seamlessly." 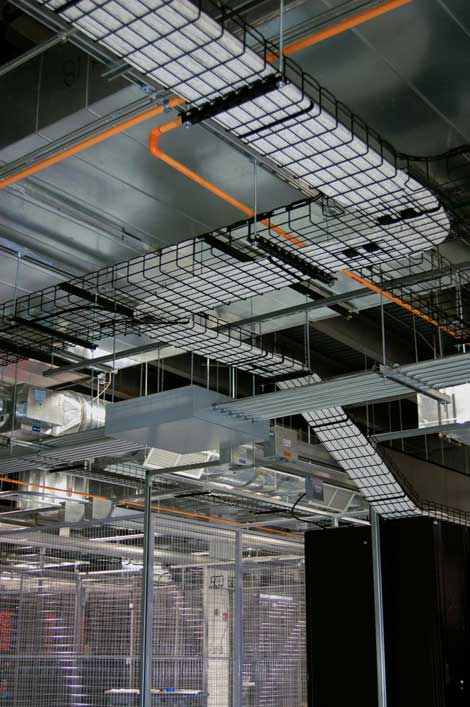 Codero operates data centers in three markets: Chicago, Phoenix and Ashburn, Virginia, where it opened its newest facility in 2012. Here's a look at some of the overhead cabling infrastructure supporting Codero's services. (Photo: Codero)