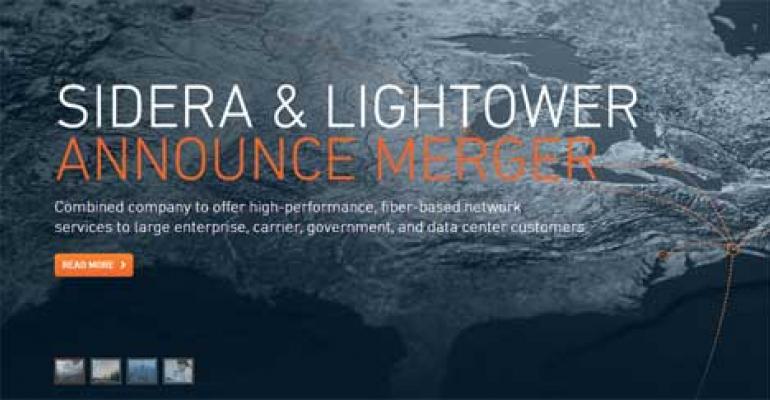 The Week in Review: Another Amazon cloud outage, Lightower and Sidera Merge in $2 billion deal, automated failover mechanisms a factor in GitHub outage. 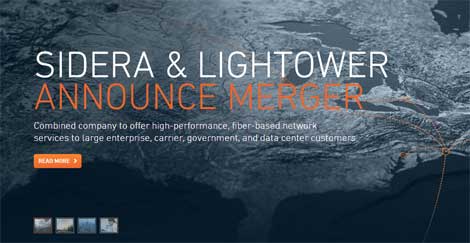 The Sidera web site touted the company's merger with Lightower in a deal put together by Berkshire Partners.

Amazon Cloud Back Online After Major Christmas Outage - Amazon Web Services says it has recovered from the latest major outage for cloud computing service, which affected large customers, including Netflix and Heroku. The problems with Amazon’s Elastic Load Balancing (ELB) service began on Christmas Eve at 1:45 p.m. Pacific time, and weren’t fully resolved until 9:41 a.m. on Christmas Day, an outage of about 20 hours.

Lightower, Sidera to Merge in $2 Billion Fiber Deal - Lightower Fiber Networks and Sidera Networks will merge as part of a $2 billion transaction in which both companies will be acquired by private equity firm Berkshire Partners, the companies said today. The deal will bring together two leading fiber providers serving the Northeast, create a combined network with over 20,000 route miles and access to more than 6,000 on-net locations between Massachusetts and Virginia, including data centers, financial exchanges, content hubs, commercial buildings and other critical interconnection facilities.

If You Like the Internet, Don't Knock Down That Building - The digital infrastructure that drives electronic business in a major city often keeps a low profile. Often, the property owners like it that way. But sometimes a data hub needs to make its presence felt. That was the case in 2012 for the owners of the 511 Building, the primary telecom hotel in Minneapolis, Minnesota.

GitHub: Outage Caused by Failover Snafu - Automation is an incredibly important tool in the data center. But it’s difficult to anticipate every set of events and conditions, and complex systems with lots of automated infrastructure can sometimes experience unexpected results.At the open source code repository GitHub, as failover sequences triggered high levels of activity for network switches and file servers, resulting in an extended outage for the site that lasted more than 5 hours.

Digital Realty Shows Off Upgrades in St. Louis - Digital Realty recently unveiled improvements to 210 North Tucker, a key data center and telecom hub in the St. Louis market. Digital Realty CEO Michael Foust was on hand to show off the more than $30 million in upgrades and improvements, including a 16 megawatt expansion of the building’s power capacity.