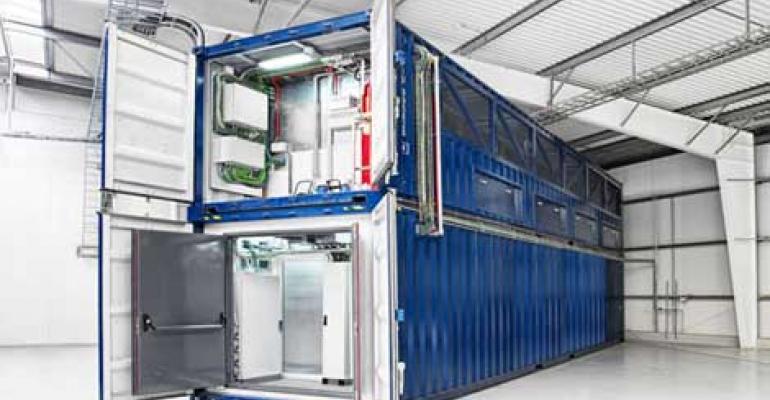 AST Modules Beat the Heat in the Iraq Desert

AST Modular recently supplied a four-site modular installment to a major oil and gas company to provide IT support for its oil well operations in Iraq. The modules operate at temperatures of up to 130 degrees F (55 degrees C). 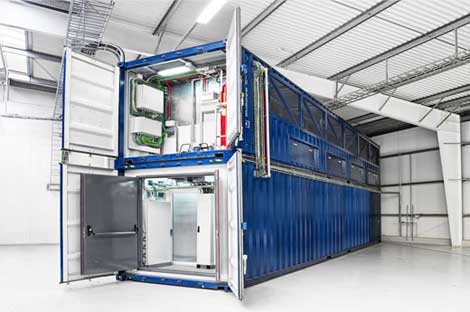 It's one thing to design modular data centers that perform well in the cool climates of Iceland. It's another matter to build a module that can operate at 130 degrees  F (55 degrees C) in the summer heat of the Iraq desert.

One company that has accomplished both tasks is AST Modular, a Barcelona-based company that specializes in providing modular data centers to global customers including IBM and Opera, the tenant in the aforementioned facility in Iceland. AST recently supplied a four-site modular installment to a major oil and gas company to provide IT support for its oil well operations in Iraq.

To beat the heat in the desert, the modules are using  AST's Hot Corridor Exchanger, a water based overhead cooling technology that employs variable-speed fans and a water coil with an oversized surface. AST says the extended surface of the coil allows the chiller to supply water at higher temperatures, thus resulting in improved energy efficiency.

The client had no central data center operation in Iraq, and its previous distributed IT system as capacity-constrained and didn't meet the company's standards for operational performance.

AST Modular's containerized data centers are designed to operate in harsh conditions. All infrastructure components are installed at AST's manufacturing plants, resulting in a pre-fabricated module. The cooling units are "tropicalized" - using condensers that are larger than usual to operate in temperatures up to 55 C (130 F). Several of the units feature a pressurized vestibule to protect the equipment.