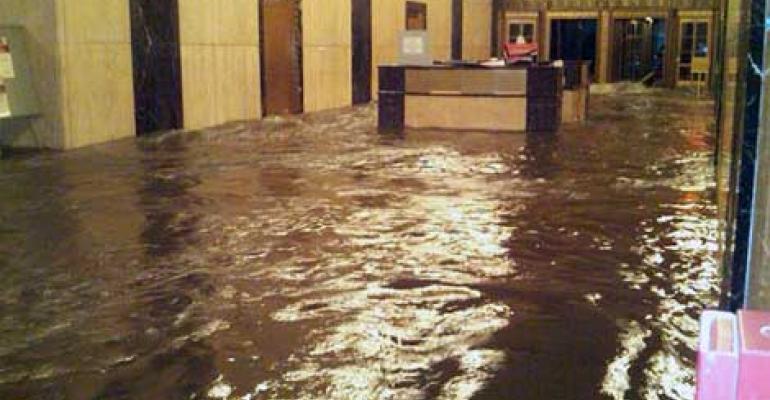 When SuperStorm Sandy sent a storm surge into lower Manhattan, the flooding caused a "catastrophic failure" in a cable vault beneath Verizon's central office on Broad Street. The Verge provides a closer look at the damage.

When SuperStorm Sandy sent a storm surge into lower Manhattan, the flooding caused a "catastrophic failure" in a cable vault beneath Verizon's central office on Broad Street. The technology blog The Verge had a look inside the damaged vault this week, with Verizon Executive Director of Operations Christopher Levendos as tour guide.

"A two-day pumping operation has left the cable vault mostly dry, but it doesn’t look right. Cable insulation has been stripped back in areas, cords are cut, chunks of cables lie on the ground, and splice boxes have been torn open," writes Dante D'Orazio of The Verge. "Miles of copper is ruined not only in the cable vault at Broad Street, but also at 20 or so manholes around the area. Even worse, paper insulation in the copper wiring sucks water through the cabling from capillary action, destroying cabling even in dry areas. Levendos says it’s 'far too tedious, time consuming, and not effective of a process to try and put this infrastructure back together," so Verizon’s taking the opportunity to rewire with fiber optics instead." The upgrade, while performed under duress, should provide a more durable and manageable infrastructure at the Broad Street location. Check out this video, in which Levendos reviews the damage and the repair effort. Then click over to The Verge for the story and photos.

For a roundup of how the New York area data centers fared during SuperStorm Sandy, see In Sandy's Aftermath, Epic Challenges for Data Centers