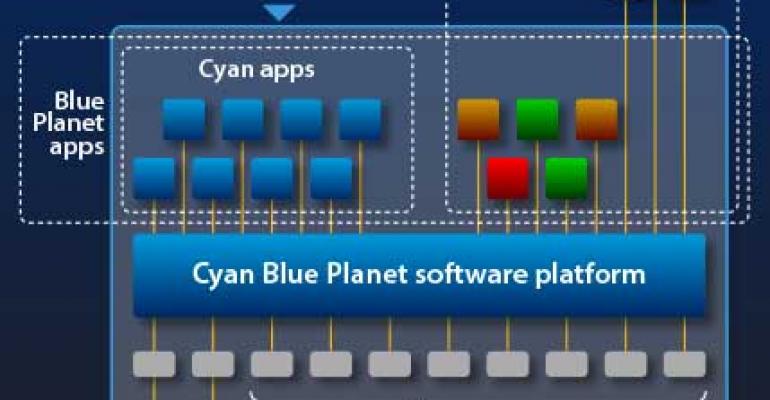 Cyan has introduced Blue Planet software - its software-defined networking (SDN) system that allows service providers of all types to virtualize their networks. 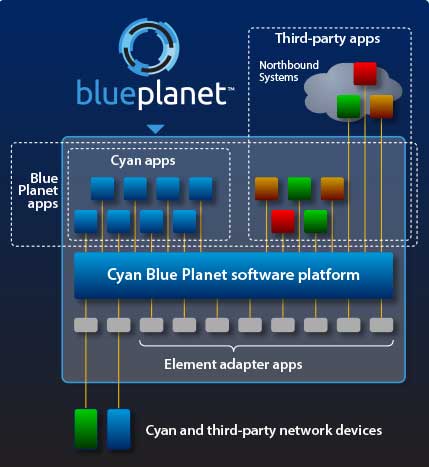 At its core is an open SDN orchestration platform that enables an array of Cyan and third-party apps to interrogate and control underlying network infrastructure.The apps can interact not only with OpenFlow compliant network devices, but also with legacy devices deployed prior to the development of SDN. Cyan provides element adapters to enable control over a broad collection of third-party network elements. In addition to Cyan Z-Series devices Blue Planet interoperates with devices from Adtran, Adva, Alcatel-Lucent, BTI Systems, Calient, Calix, Ciena, Cisco, Juniper, MRV, Optelian, and others.

"We are at an important moment in the evolution of the network," said Cyan President Michael Hatfield. "For years, service providers and other network operators have been searching for ways to break free of expensive and restrictive legacy architectures mandated by incumbent equipment suppliers.  SDN has begun to accomplish this in data center environments by virtualizing resources and flattening cost structures. Cyan is taking the next logical step by applying these principles to wide area and metro networks."