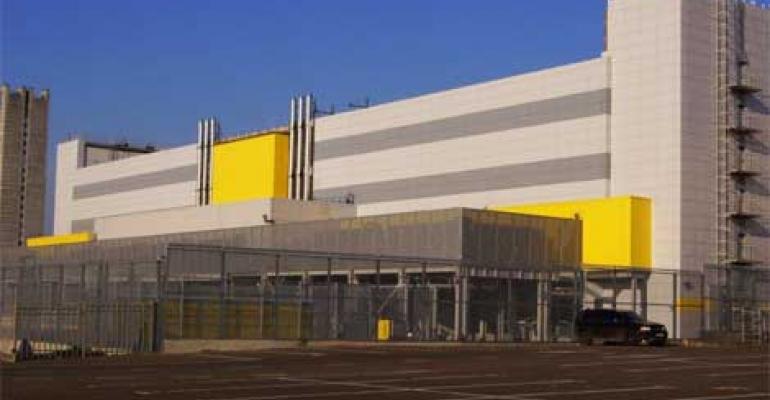 Colo Near the Kremlin: Telehouse Expands Into Moscow 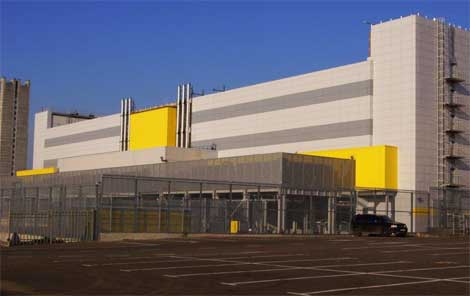 Telehouse will open its first data center in Russia at DataSpace (above) which converted an aging Moscow tire factory into a Tier III Data Center. (Photos: Uptime Institute)

Colocation and interconnection specialist Telehouse is the first global data center brand to establish a facility in Moscow, the company said this week. Telehouse Russia is the company's 45th global data center, and its first in Russia. The facility is opening in partnership with a local colo operator named Dataspace, who owns a 6,200 square meter site in Moscow, a stone’s throw from the Kremlin. Telehouse says the data center is the only Uptime Intitute Tier III-certified facility in all of Russia and Eastern Europe. The new facility will be managed out of Telehouse European HQ in London Docklands, with parent company KDDI’s Russian operations managing  on-site and managed services.

Why Russia? Hiroshi Kobayashi, the Managing Director of Telehouse and KDDI Europe, sums it up: "We recognize Russia as a key emerging market due to its substantial Internet growth and the rapid progress of Moscow’s IT infrastructure, establishing the capital as a potential major data centre hub within Eastern Europe," said Koayashi. "We intend long-term investment with our Telehouse business in Russia. Our experience and relationships within the local market will enable us to play a key role in Moscow’s international ICT development.”

Russia is a key emerging market, considered somewhat high risk but also high reward. It’s considered high risk because the infrastructure is a work in progress, and the country has a unique and challenging business. But it's also but high reward because of the market opportunity and overall room for growth Russia presents going forward.

There’s increasing investment in the BRIC (Brazil, Russia, India, China) countries, BRIC representing the key emerging markets of the future. The “R” is the least hyped of that bunch, and the market does have its issues and political hoops to jump through.

“The climate isn’t exactly conducive to doing business,” says Jon Hjembo, Research Analyst for Telegeography, who provided additional insight on the colocation market in the region, and the disconnect between the region's bandwidth growth and colocation growth.

"You often see that the large international bandwidth and traffic hubs are often the same as the colo hubs," said Hjembo. "This is not the case yet with Moscow. The bandwidth market is growing very strongly, but we're not seeing that on the colocation side yet. The bandwidth is growing faster than anywhere else in Europe, where (bandwidth) is growing 75 percent CAGR (compound annual growth rate) over the last 5 years. Moscow has seen 85 percent CAGR over the last five years.

"There's a lot going on in terms of communication, but currently the colo market is almost all local providers and isn’t particularly large, so it’s hard to get a grasp on the market," he added. "The entrance in the market by an international brand like Telehouse is interesting.".

The Dataspace facility that is now home to Telehouse’s first move in the market employs top of the line security, with iris and biometric hand scanners. It focuses on hosting multinational corporations, and has an average of power footprint of 4 kW per cabinet. For more about DataSpace, see the Uptime Institute blog for a summary and photos.

Telehouse provides global Tier III data centres, connectivity and managed ICT solutions for more than 1,000 major corporations worldwide, across a wide range of industries including government and financial institutions. Telehouse is the data center subsidiary of Japanese corporation KDDI, a $45 billion Global Fortune 300 telecommunications and systems integration provider. In 2012, Telehouse in conjunction with KDDI launched its own brand of cloud services offering dedicated and hybrid IAAS.