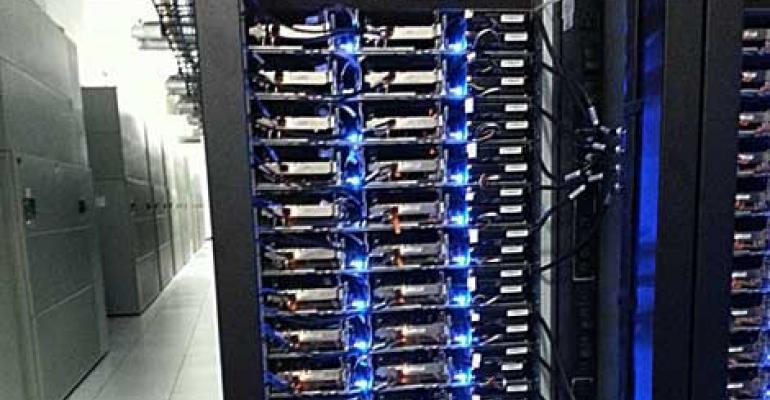 Will the Open Compute Project's uber-efficient open source hardware designs would ever be available at your local colocation center? It's taken 18 months, but Facebook has now shared details of its first use of Open Compute hardware in its third-party colo space. 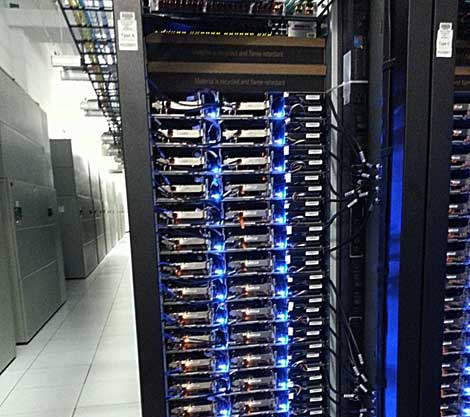 We've been closely tracking the progress of the Open Compute Project, wondering if these uber-efficient open source hardware designs would ever be available at your local colocation center. Facebook has now shared details of its first use of Open Compute hardware in its third-party colo space.

The Open Compute Project (OCP) was launched in April 2011 to publish data center designs developed by Facebook for its Prineville, Oregon data center, as well as the company’s custom designs for servers, power supplies and UPS units. The move was seen as a welcome departure from the historic secrecy surrounding data center design and operations. But Facebook’s energy-saving customizations provide challenges in multi-tenant facilities.

Facebook has now adapted Open Compute servers in leased data center space in Ashburn, Virginia, and is sharing the details. The process took about three months, and focused on hacking the racks.

"Because we were deploying the servers into rooms designed for standard 19-inch racks, we ended up slightly modifying the standard rack to suit our needs,"wrote Facebook's Pete Bratach on the Open Compute blog. Facebook is also operating its servers using standard power settings instead of the custom configuration used in its Prineville facility. The OCP power supplies were versatile enough to manage this change, which involved a slight loss of efficiency.

The ability to implement Open Compute designs in leased data center space is important because it will eventually make Facebook's energy-saving innovations available to a broader range of data center users. In the short term, it's welcome news for Facebook and its data center service providers, as it will make it easier for Facebook to adapt its next-generation infrastructure in its existing leased space.

This could be important in markets like Ashburn or Santa Clara, Calif., two key connectivity hubs where Facebook leases large amounts of third-party space and is unlikely to build its own facility because of the cost of land and power.

Bratach reviewed the alterations required to adapt the Open Compute servers to the service provider's environment. They included:

Since the facility has its own UPS battery backup power, there was no need for the Open Compute 48V battery backup system. Since the Facebook power supply is rated down to 190V, powering servers with 208V was within the normal operating range. "But at 208V, the current needs to increase to keep constant power, which makes the power supply a little less efficient (94.4% efficient) than when it’s running at 277V," Bratach wrote.

He noted that it may be possible to install an Open Compute "triplet" rack in an existing colo center, but users will need to work closely with data center providers prior to installation. A key issue is the sturdiness of raised floors and ramps, as both the triplet racks (2,600 pounds) and OCP battery cabinet (2,200 pounds) weigh in excess of a ton. At 95 inches in height, the triplet racks are also taller than the 84-inch standard rack.

Facebook didn't indicate which provider's data center had been used for the OCP installation. In December 2011, Facebook said it was working with landlord DuPont Fabros Technology (DFT) to implement its Open Compute designs in its Ashburn, Virginia. But Facebook's other Ashburn landlord, Digital Realty Trust, is also a member of the open Compute effort and adapting its multi-tenant data center floor plans to give customers the option of implementing elements of the Open Compute designs.