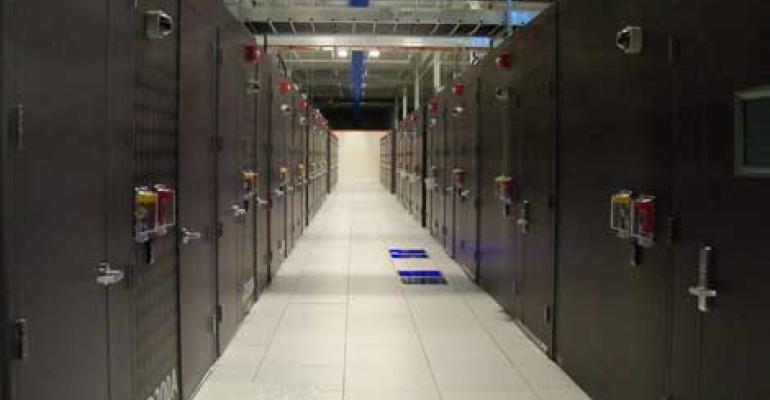 Modular data center specialist IO has raised $90 million in equity funding from a group led by New World Ventures, an investment arm of the Pritzker family, the company said today. IO will use the funds to accelerate deployment of its data center modules for customers, and boost its software and hardware development efforts. 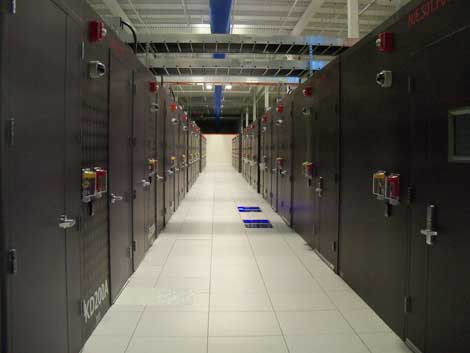 Modular data center specialist IO has raised $90 million in equity funding from a group led by New World Ventures, an investment arm of the Pritzker family, the company said today. The investment round includes $50 million from New World and $40 million from IO's existing backers, which include Sterling Partners and J.P. Morgan Asset Management.

IO said the money will help accelerate deployment of its data center modules for customers, and boost its software and hardware development efforts. The Phoenix-based company has been a pioneer in the emerging market for modular data centers that are built in a factory using repeatable designs and can be shipped to either an IO data center or a customer premises.

The company has deployed most of its IO Anywhere modules in large facilities in Phoenix and New Jersey, where the modules are connected to power, water and network connectivity. IO also has facilities in Ohio and Scottsdale, Ariz., and recently announced plans to build additional data centers in Singapore and London to house modules for investment giant Goldman Sachs, which will use IO's modules and software to deploy its IT capacity.

New World's $50 million investment is the largest single transaction in the 15-year history of the Chicago-based firm, which serves as the venture capital investment vehicle for the Pritzker Group, and typically makes an initial investment of $3 million to $7 million. The fund focuses its investments on "technology innovations that fundamentally change markets," and New World Ventures managing partner Chris Girgenti says IO fits the bill.

"From the moment we saw this product, we knew it would revolutionize the industry," said Girgenti , who will join IO’s Board of Directors. "Designed from the ground up, IO delivers world class data center infrastructure capacity at substantially lower capital cost, with significantly shorter lead times, while providing industry leading energy efficiency. Led by a terrific and deep team, IO is set to make some big waves.”

“We are very excited to have New World Ventures as an investor and partner,” said George Slessman, IO's chief executive officer. “With this round of capital investment, we will expand our sales footprint globally and position IO as the global leader in Data Center 2.0 technology."

IO President Tony Wanger noted that the backing from New World is the latest in a series of third-party validations of its technology, following the Goldman Sachs customer win,  and having its modules earn a UL listing from Underwriters Laboratories and Tier III certification from the Uptime Institute.

"Picking up New World Ventures is terrific validation for what we're doing," said Wanger. "We have a fully-funded business plan. At this point, the availability of capital to the business is very good. We're in the scale-out, grow and conquer phase."

Wanger notes that company's designs have been adopted by two leading financial firms - Goldman Sachs and Allianz - along with Photobucket, FORTRUST,  Logicalis, VCE and a growing roster of enterprise and Internet tenants. He says demand has been particularly strong in Phoenix, where modules are filling the second phase of the company's 540,000 square foot data center.

IO will invest in talent for its research and development operation, said Wanger, who said some of the company's new hires will likely be based in Asia, continuing the global expansion of the company’s vision for a new way to deploy data center space.

The modular data center model continues to have its critics, but Wanger said that IO's performance and growing customer roster are clear signs that many end users are comfortable with the new approach to deploying IT capacity.

"There are some who try to define it as a niche product, but I don't think the market is accepting that any longer," he said. "At this point, I think it's a little like saying 'I don't think these smartphones are gonna catch on.' I think the adoption speaks for itself."