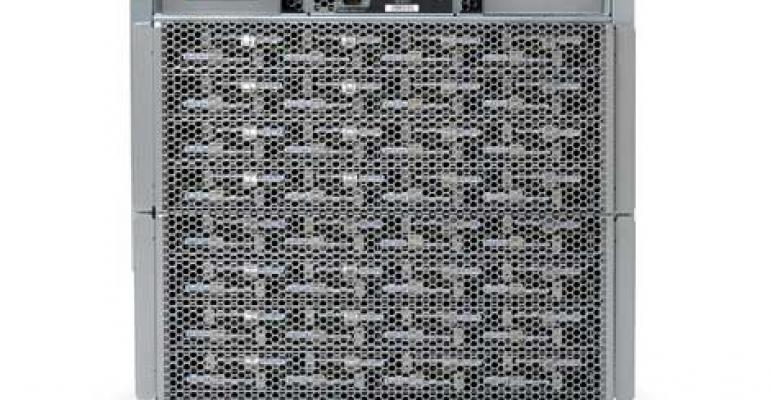 Last week AMD unveiled the SM15000 server, the first fruits of its acquisition of SeaMicro. The SM 15000 extends SeaMicro's networking fabric beyond the chassis to connect directly to massive disk arrays, enabling a single 10 rack unit system to support more than 5 petabytes of storage. 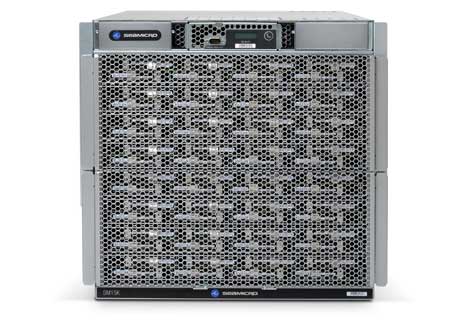 The SeaMicro SM 15000 server from AMD, which provides high-speed access to storage via a network fabric. (Photo: AMD)

When AMD acquired SeaMicro earlier this year, the $334 million deal left many server-watchers wondering  what lay ahead for SeaMicro's next-generation servers. When the deal was announced, AMD emphasized the potential for SeaMicro  technology to provide"building blocks" for massive cloud computing server farms.

That architecture - providing many-core servers with high-speed access to massive amounts of storage - is ideal for managing and analyzing large data sets.

"AMD's SeaMicro SM15000 server enables companies, for the first time, to share massive amounts of storage across hundreds of efficient computing nodes in an exceptionally dense form factor," said Andrew Feldman, SeaMicro founder and now corporate vice president and GM of the Data Center Server Solutions group at AMD. "We believe that this will transform the data center compute and storage landscape.

"Historically, server architecture has focused on the processor, while storage and networking were afterthoughts," said Feldman. "But increasingly, cloud and big data customers have sought a solution in which storage, networking and compute are in balance and are shared."

AMD bought SeaMicro earlier this year to secure a strong data center market presence, and to obtain the innovative intellectual property and talented team that Feldman had built. At the time, SeaMicro servers ran on Intel processors.

That will continue with the SM15000 system, which at launch will support either Intel Xeon E3-1260L (Sandy Bridge) processors or E3-1265Lv2 (Ivy Bridge) processors. Intel recently laid out its low-power Xeon E3 and Atom processor roadmaps for the Micro Server market.

The SM 15000 packs 64 servers in a single ten rack unit (17.5 inch tall) SM15000 system. It also contains 16 fabric extender slots, each of which can connect to three different Freedom Fabric Storage arrays with different capacities. These 2RU and 5RU storage arrays can connect up to 1,408 solid state or hard drives, reaching as high as 16 petabytes of total capacity. This ultra-dense system delivers up to 16 10 GbE uplinks or up to 64 1GbE uplinks, and provides up to 10 gigabits per-second of bandwidth to each CPU.

"Petabytes of low cost storage, hyper-dense energy-efficient compute, connected with a supercompute-style fabric is an architecture particularly well suited for big data analytics and Hortonworks Data Platform," said Eric Baldeschwieler, co-founder and CTO of Hortonworks and a pioneer in Hadoop technology. "At Hortonworks, we seek to make Apache Hadoop easier to use, consume and deploy, which is in line with AMD's goal to revolutionize and commoditize the storage and processing of big data. We are pleased to see leaders in the hardware community inventing technology that extends the reach of big data analysis."