Achim Weiss and Andreas Gauger helped build Germany's 1&amp;1 Internet into a web hosting juggernaut. With their new company, ProfitBricks, the duo hope to disrupt the cloud computing market with a high-performance infrastructure as a service (IaaS) offering. 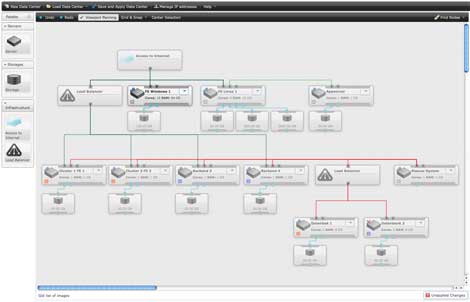 After you've bult one of the world's largest web hosting companies, what do you do for an encore? If you're Achim Weiss and Andreas Gauger, you set your sights on the cloud computing market.

Weiss and Gauger were pioneers in the European hosting sector, and helped build Germany's 1&1 Internet into a web hosting juggernaut. With their new company, ProfitBricks, the duo are hoping to win over software developers and latency-sensitive businesses with a high-performance infrastructure as a service (IaaS) offering.

In a cloud landscape with a dominant player (Amazon Web Services) and dozens of contenders, ProfitBricks is focusing on performance, offering beefy, vertically-scalable dedicated instances running atop a high-speed network powered by Infiniband technology. Rather than choosing from pre-configured virtual machines, users can customize their instances fall the way up to 48 cores and 196 GB of RAM.

ProfitBricks also offers the ability to add additional resources on the fly, scaling up the cores and RAM on an instance - without having to reboot the server.

Bob Rizika, the Chief Executive Officer of ProfitBricks' U.S. operation, says this resource model is ideal for independent software vendors who want to shift to a cloud delivery model for their applications, but are wary of performance issues on pubic cloud platforms. "The ISV market is a perfect fit for ProfiBricks offerimg," said Rizika. Gaming, with its focus on performance lag, is another sector that may find the company's model attractive.

ProfitBricks also offers a visual Data Center Designer interface that makes it easy to design cloud environments using a drag-and-drop interface like a Visio diagram.  It also bills customers by the minute for resource usage, compared to the hourly billing by Amazon and most other IaaS providers.

“From our perspective, ProfitBricks is changing the competitive landscape for cloud providers by addressing many of the concerns holding us back from adopting the cloud,"  said Trevor Keith of T.K. Consulting. "The ability to adjust our cloud infrastructure resources on the fly, matched with up-to-the-minute pricing has had a positive and dramatic impact on how we deliver our applications to clients."

Weiss says ProfitBricks' feature set is a result of the company's ground-up approach to building its platform.

“We deconstructed cloud infrastructure down to its most basic elements and discovered there was a far better way to deliver the service,” said Weiss. “We ended up reinventing the architecture, which allows us to offer substantially better performance and a new level of flexibility in cloud infrastructure.

"The use of Infiniband provides as much as 20 times as much bandwidth as Amazon," Weiss added. "It also means you can scale CPUs very high, so they're geared toward professional use cases and not hobbyists."

ProfitBricks has been in beta testing for nine months in Germany, and also has a U.S. data center in Las Vegas.